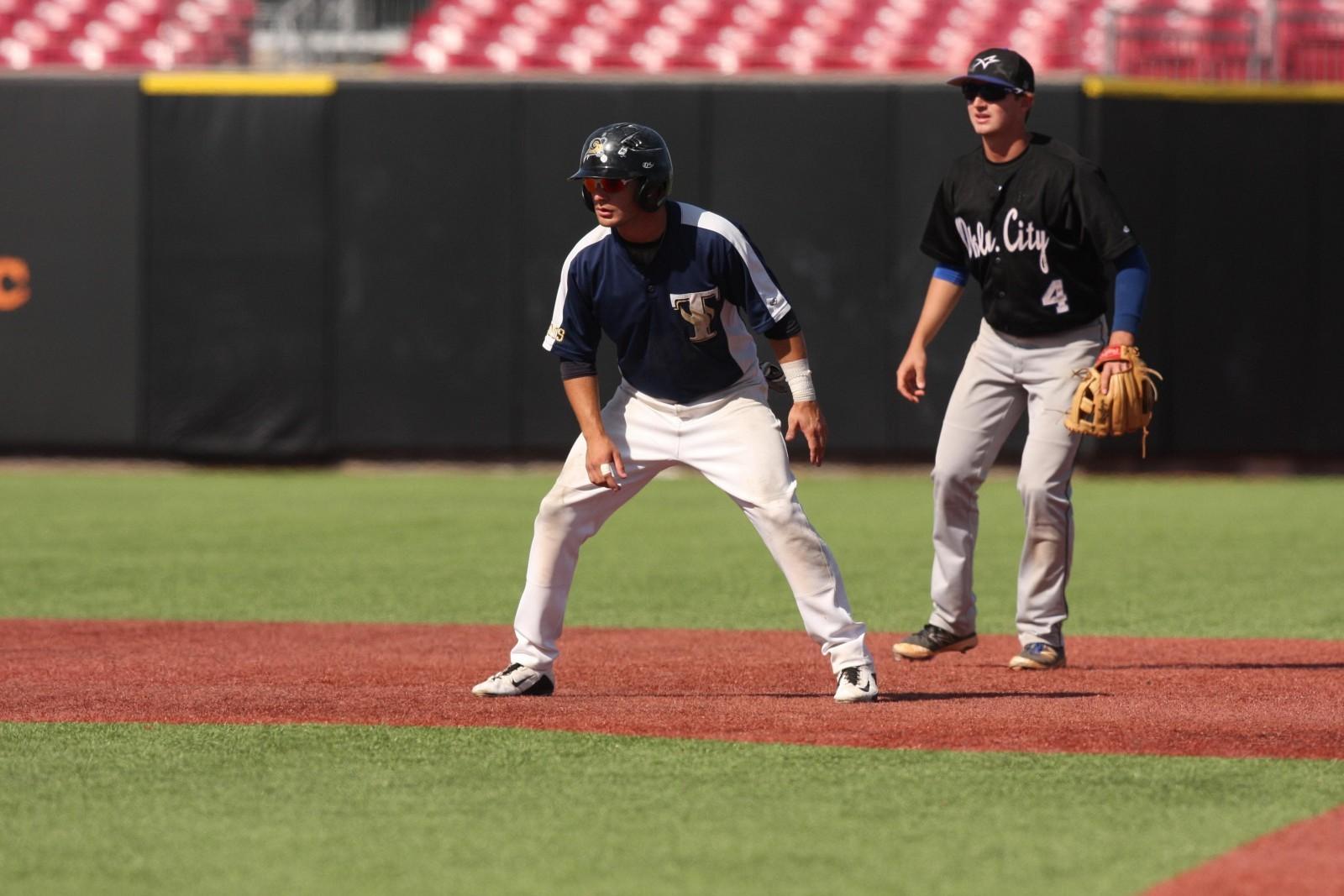 The Rams’ long winning streak this season has been all about healthy players and executing the fundamentals.

Head coach Mike Jeffcoat said that the Rams have done tremendously well since the start of spring break, going on a 17-game winning streak that ended Saturday with a 6-4 loss to Saint Gregory’s University, largely due to how well the team has limited mistakes.

“We have really just done the little things right,” Jeffcoat said. “Sometimes we don’t play our best game and still come away with a win because we limit the key mistakes than can turn a game around.”

The 17-game winning streak was two short of the team’s 2008 benchmark; the Rams took over the top spot in the Sooner Athletic Conference after sweeping Oklahoma City University 5-3, 3-2 and 2-1 on April 15-16.

On April 19 the Rams were ranked No. 20 in the NAIA national poll for the first time since the beginning of the 2014 season.

With the season coming to a close and the SAC conference tournament beginning May 6, the Rams look to make a strong push into post-season play, Jeffcoat said.

“We have a shot of winning the conference tournament,” Jeffcoat said. “If we don’t, we could get an at large bid to go to a regional tournament and if we win that we would be on the NAIA World Series.”

During the season, Jeffcoat noticed that the pitchers were stepping up and really determining the outcomes of the games right around the time the team went on its big winning streak.

“The starting pitching has improved very nicely since the beginning of the season,” Jeffcoat said. “Those guys have really locked into what they want to do on the mound and it’s showing in the team’s record.”

Senior pitcher and business management major Ricky Hull has been one of the Rams’ strong performers on the mound, going 6-2 so far this season in 11 appearances; he noted that the pitchers are really excelling because the offense is doing so well.

“When our offense scores in the early innings it really relieves some of the stress us pitchers face compared to when we’re down or tied,” Hull said. “It allows us to be a little freer in our decision making and that makes us more unpredictable against hitters.”

Comparing things to a previous season is always difficult, but Hull has noticed that this season the standard that each individual pitcher has set for himself exceeds last season’s.

“We just want to work harder and help the team get wins,” Hull said. “It doesn’t really matter to us if we dominate on the mound or not, if the team is in the right position in the game we have confidence we can get the win.”

The quality of coaching the Wesleyan pitchers receive is on another level compared to most of the teams they face, Hull said.

“It’s nice to have coach Jeffcoat around because he played 10 years in the major leagues and knows what it takes to be successful at all levels,” Hull said.

Junior shortstop Casey Moses is a valuable member of the Rams, leading the team in hitting with a .381 batting average and 53 hits in 45 games so far this season. He thinks for the team to keep winning they just need to play their game.

“Earlier in the season we didn’t bring energy to every game,” Moses said. “Now we bring the same energy day in and day out.”

Moses believes that the Rams can make a serious run into post-season play because the team has a strong catcher in Garrett Crook.

“Having a great catcher is the first ingredient to a national championship team,” Moses said. “Garrett helps the team out a lot behind the plate and comes up with timely hits that helped us throughout the season.”

Moses said that all the players know about the current win streak and how close they are to setting a new record. However, they don’t let it get to them.MIGHT HAVE TO REWRITE….

“It’s in the back of our heads,” Moses said. “We would still play the same as if we were not on a long winning streak.”

The Rams travel to Waxahachie to play a doubleheader against Southwestern Assemblies of God University on Saturday. The first game will start at 1 p.m. The Rams return home to the Ballpark in Grand Prairie the next day for Senior Day to  face SAGU again at 1 p.m. 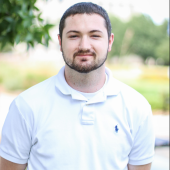 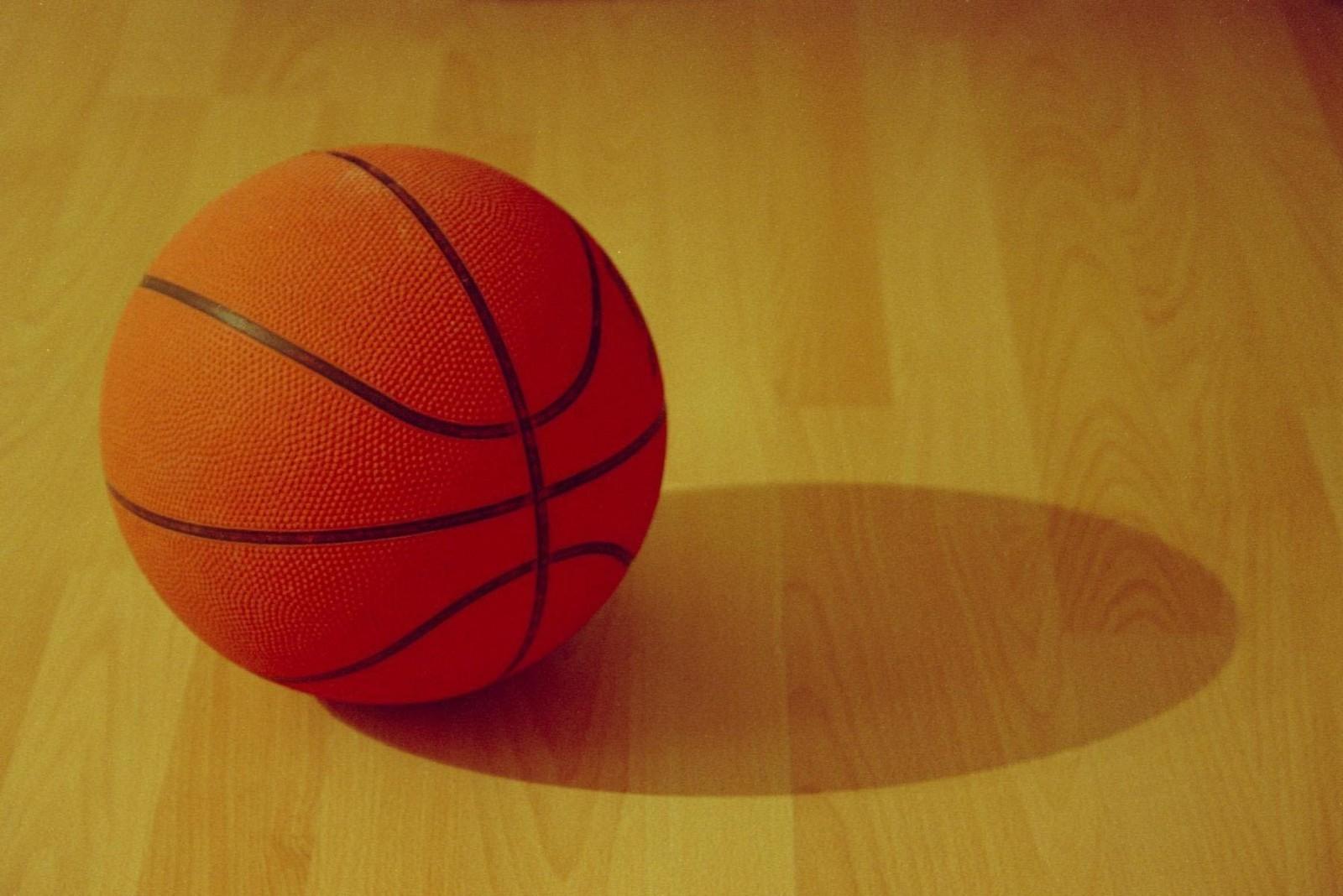 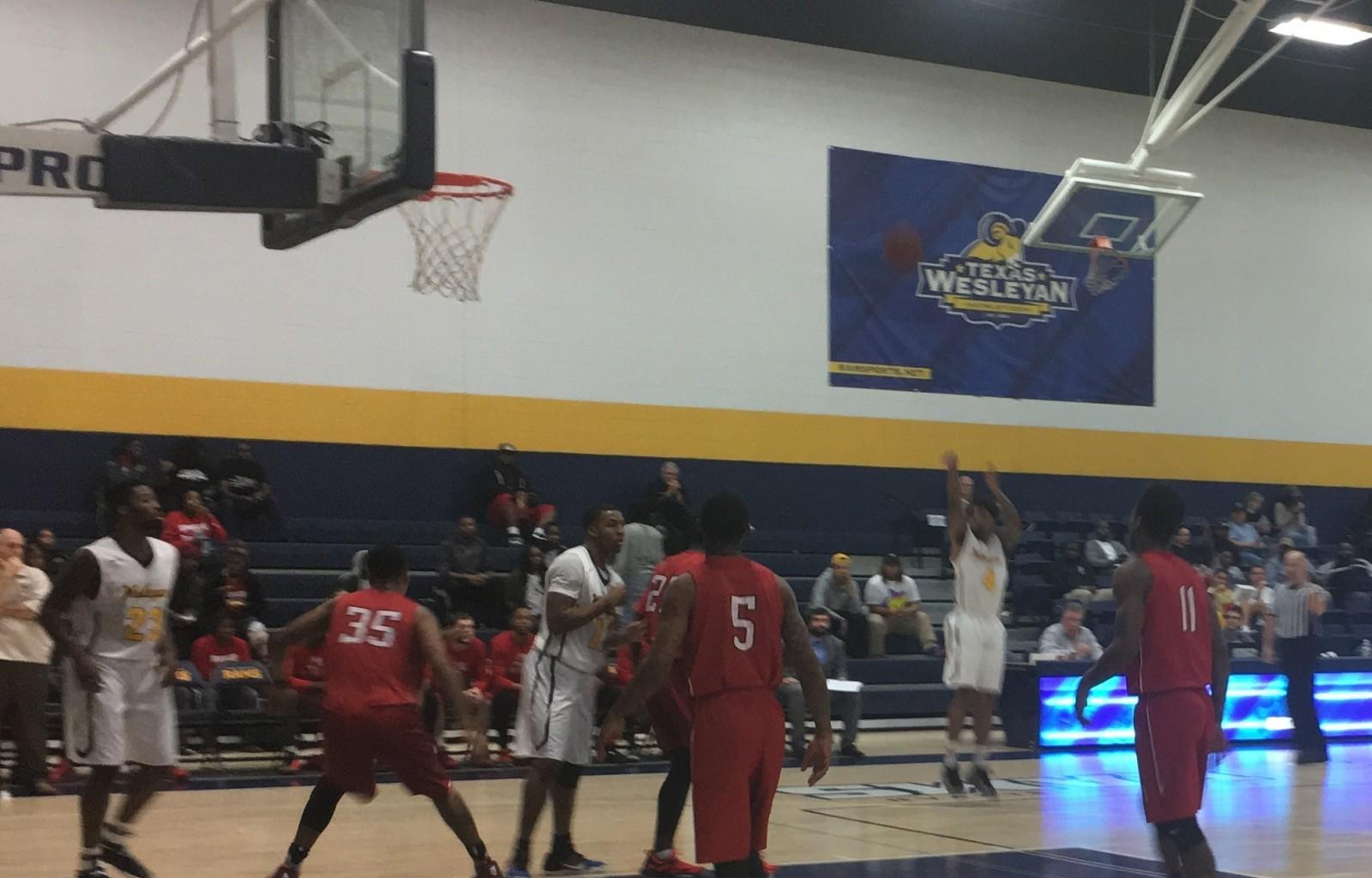 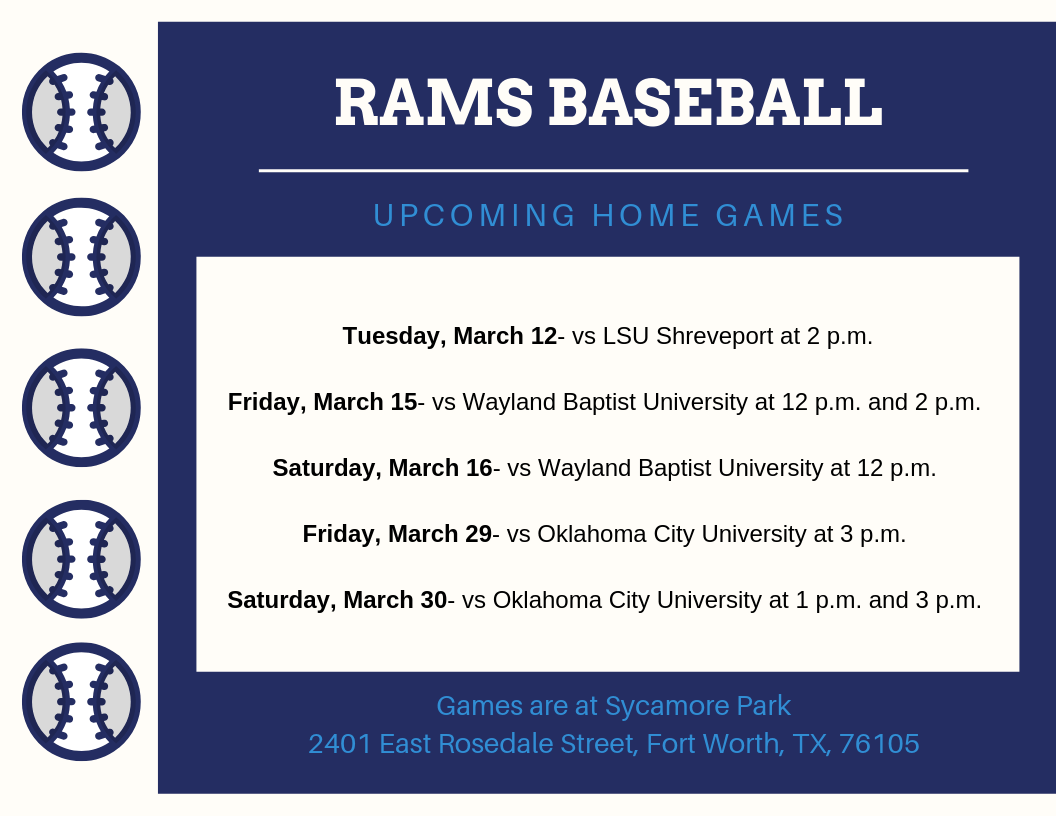 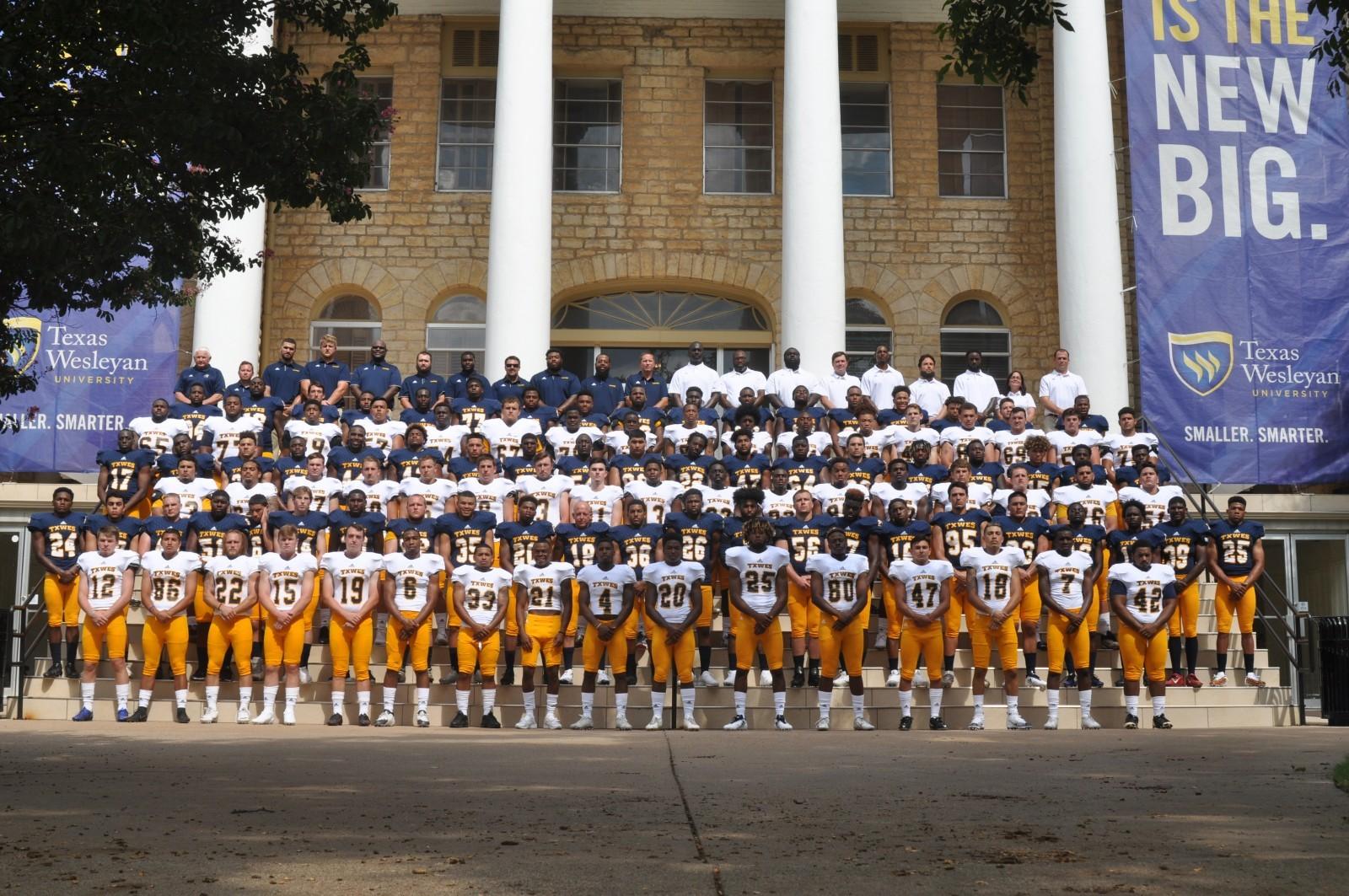