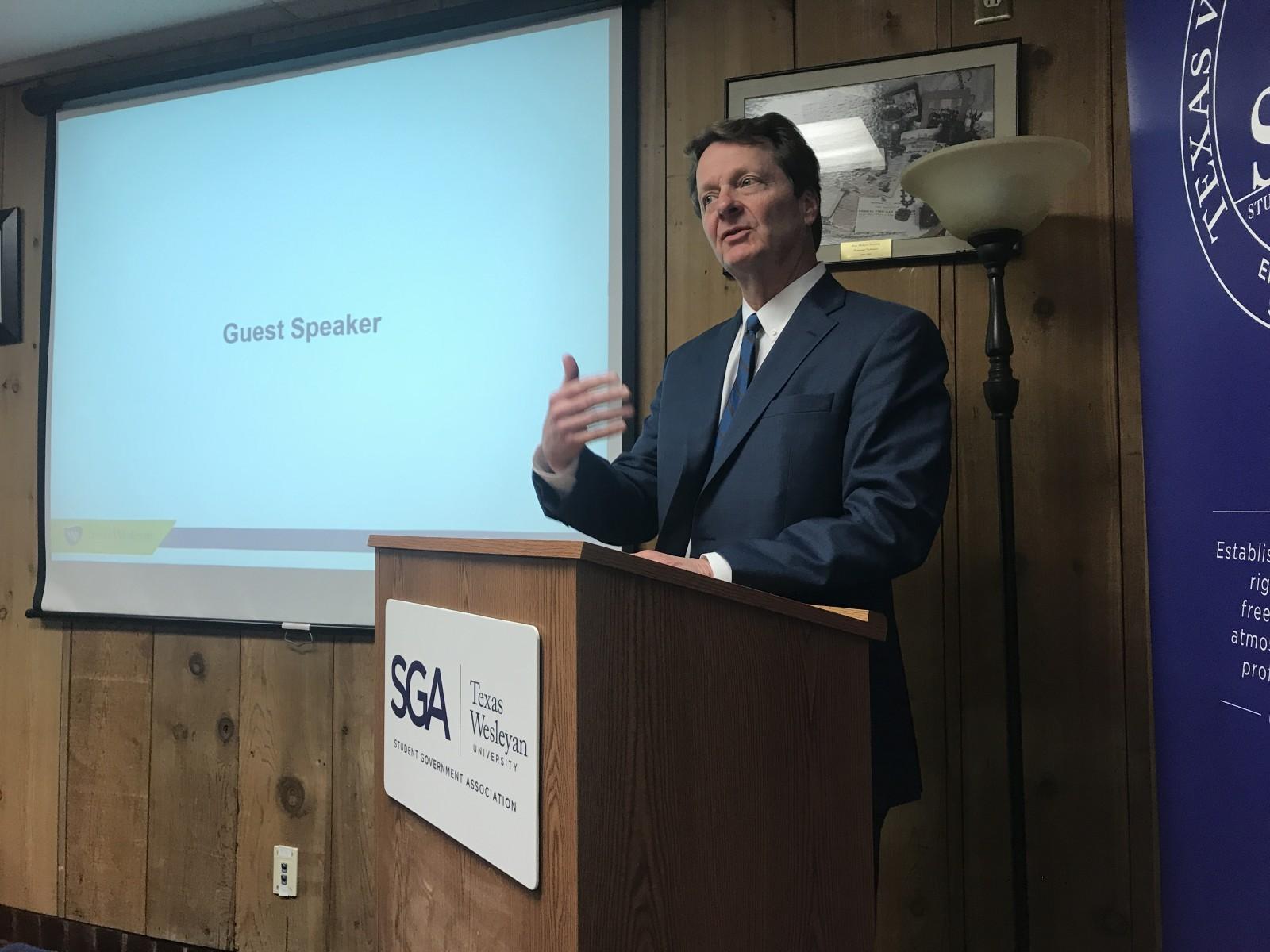 In March, an email was sent out to students stating that students taking more than 16 hours in a semester will have to pay a fee of $1,010 per hour over. The change sparked concern from students who gathered in a silent protest on March 28 outside a student and academic affairs meeting.

On Friday, Slabach explained to students what the 16-hour block rate change means and how it was decided.

“I want to thank you all for giving me the opportunity to come up here and speak. I will be very brief because I know everybody wants to talk and ask questions in terms of the situation with the block rate,” Slabach said.

The block-rate was calculated based on the average number of hours students at Texas Wesleyan take, which is currently 14.6 hours, Slabach said. Students will only be charged for the 14.6-hour rate even if they are taking the full 16 hours, so they are receiving a discount.

Even students who are will be taking 17 or 18 hours and are paying the additional fee are receiving the discount from the 14.6 hour rate, Slabach said.

“The thing that I want to congratulate you on is that a number of students, especially those in the Student Government Assocation, immediately recognized that there were certain majors here at Texas Wesleyan that require more than 128 credit hours,” he said.

For those majors there is a waiver students can fill out online that requires signatures from the student’s adviser and dean, he said.

Prior to the meeting, SGA asked students with concerns over the block-rate change to write letters and submit them so they could be read to Slabach. SGA President Alyssa Hutchinson read the first question, asking if grandfathering current students in would be a possibility.

Slabach said the waiver should take care of majority of the students that need it.

“That rather than a grandfather clause is specifically targeted to the students that have a specific need to be able to take more than 16 credit hours per semester,” he said.

One letter mentioned a law in Virginia that requires public colleges to be more transparent with their decisions that affect students and suggested Wesleyan do something similar.

Slabach said the administration has discussed moving forward with bringing decisions to SGA and getting feedback from representatives before they make them.

“I do think that it is a good idea that we would be able to come here and visit with the SGA as the representatives of the students, let them know what the considerations are in terms of budget-related matters and get your feedback at that time,” he said.

Several SGA members presented questions of their own. Head Representative John Traxler asked Slabach who was involved directly with students among the people who made the decision to change the block rate.

“Because if you said that those majors were brought up only after students became disgruntled, who was making these decisions and why didn’t they have more communication with people who are directly advising students?” Traxler asked.

Slabach said when making the decision, the vice presidents of the university were involved; they then talked with their staff during deliberations.

“That was obviously a breakdown in our deliberation process that we did not have the information in front of us that would of allowed us to be able to take that into account,” Slabach said. “My hope is that we caught that situation and we have been able to provide a process that will help those students that are directly affected to have a waiver.”

SGA Treasurer Nicholas Davis asked if a 15 to 18 hour block rate would be more appropriate for students who want to graduate in four years and also receive a minor.

Slabach said has the long-term solution for many of the problems presented is to reduce the number of credit hours needed for graduation.

Secretary Alison Baron asked when advisers were made aware of the change.

“I know for myself, my adviser came out of sabbatical on a Monday before the news came out and I had already been advised and I was emailed Wednesday night about the change,” Baron said. “Why were they not told ahead of time?”

Slabach said the delay came in part because of the Board of Trustees’ consideration of the proposal and their ability to be able to notify as well as the fact that they did have the appropriate information at the time to regarding majors that require more than 128 credit hours when they were deliberating.

“I can only apologize on behalf of the university that we were not able to get that information out to students until so close to the beginning of advising,” Slabach said.

“There are nine hours of theater courses, six hours of GEC, one hour of theater practicum, they get a grade for their production hours and normally they take a one-hour voice lesson as their choice and ACE,” Brown said.

Slabach said students having to take more than 15 hours a semester or 128 hours to graduate does not make sense to him and that is something that needs to be worked on with the chairs and the deans.

“We have some work that we need to do clearly, in terms of the way we put together the required schedule,” Slabach said. “It doesn’t seem to make sense to me that we would have a system that requires students to take 17 credit hours in their freshman year.”

Associate Vice President for Financial Services Amanda Hatcher attended the meeting to talk to SGA members about changes being made to students’ balances.

“One of the things that I have started to see a lot of are students with large balances at the end of the semester that then have a financial hold on their account, so they can’t register moving forward,” Hatcher said. “So, that has been really disturbing to see. A lot of times there isn’t a way for them to pay this balance.”

When students have an outstanding balance, they can’t register for classes for the next semester and it could get turned over to collections, Hatcher said. Students are not even able to access their transcript to transfer with money owed.

“What we’re proposing for the fall semester, and this is where you guys come in to tell us what we are missing, what we are not thinking about, but we are proposing a deregistration policy to begin in the fall semester,” she said. “What this means is if you do not have a plan to take care of your outstanding student account balance, you would be deregistered from classes.”

Hatcher said possible ways that the school is considering approaching the change are by using an online system that would be user-friendly and allowing students to make payments in real time.

Hatcher asked the SGA members what the best route is for communicating with students over the change.

Traxler suggested reaching out to RAs to spread the news to residential students and Davis said a forum would be a good route as well.

“Students who are actually wanting to know about this will come to that forum and I don’t think that it is your fault if they don’t come,” Davis said. “Just open it up to all students as an information forum.”

Four bills were passed at the meeting for funding for a popsicle table event; $250 for a veteran care package donation to the Student Veteran’s Organization; prizes for an upcoming spirit week; and a game night for students in the Elizabeth and OC Halls.

Freshman Representative Taylor Peyton presented her first bill at the Friday meeting for a popsicle event. The bill was passed.
Photo by Hannah Lathen 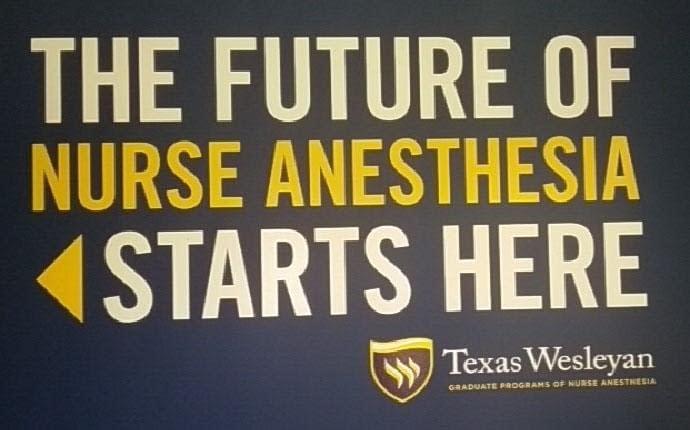 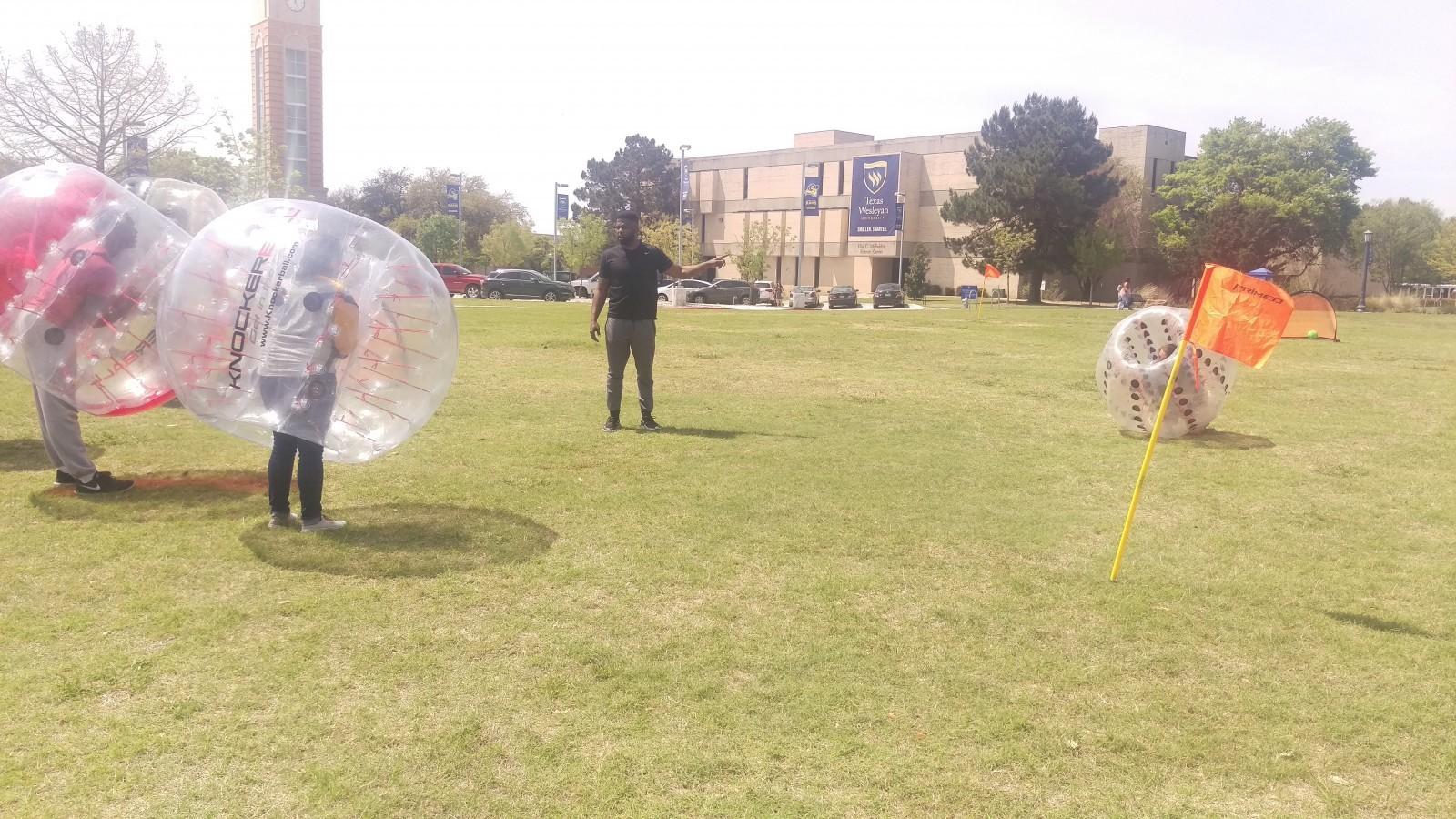 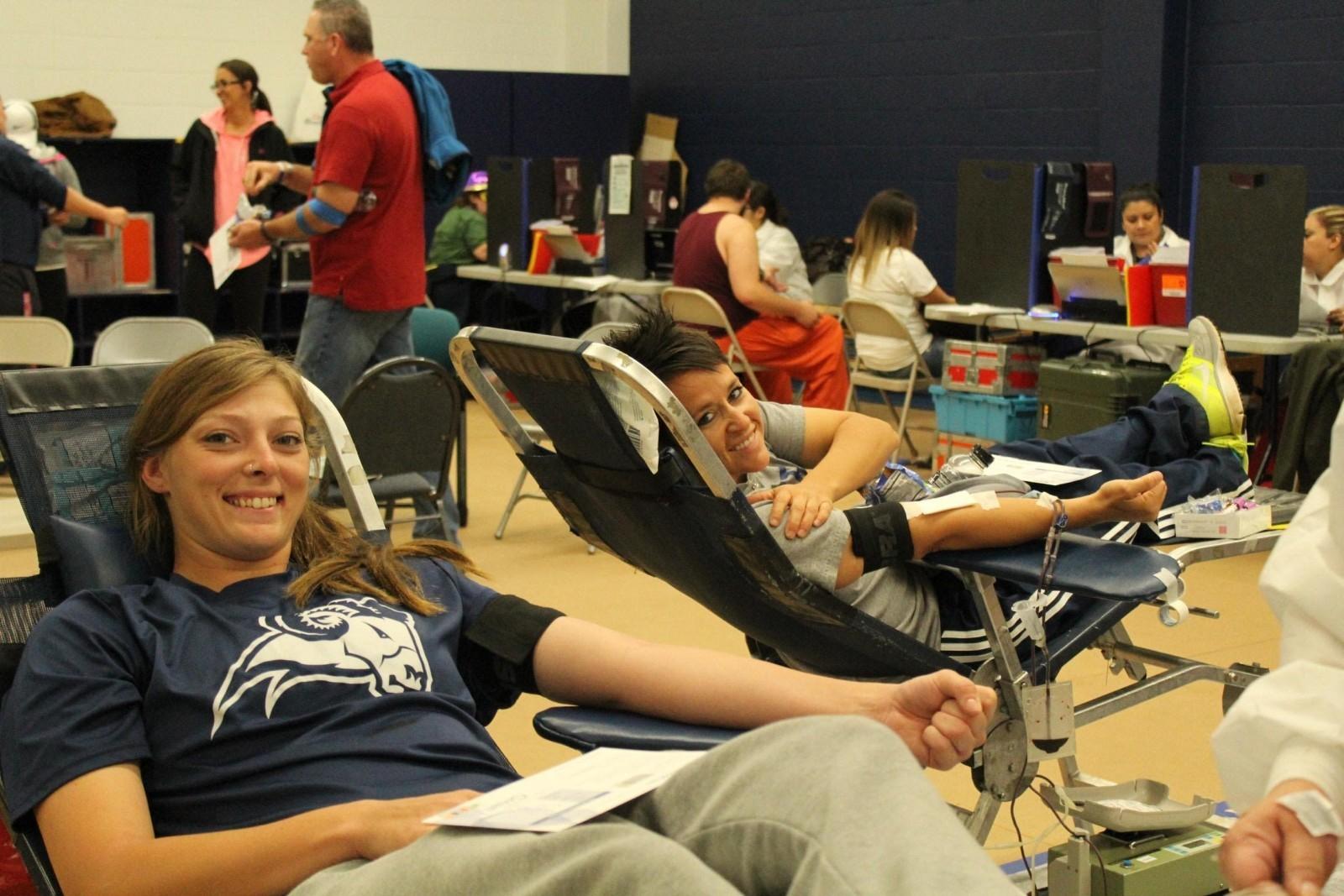 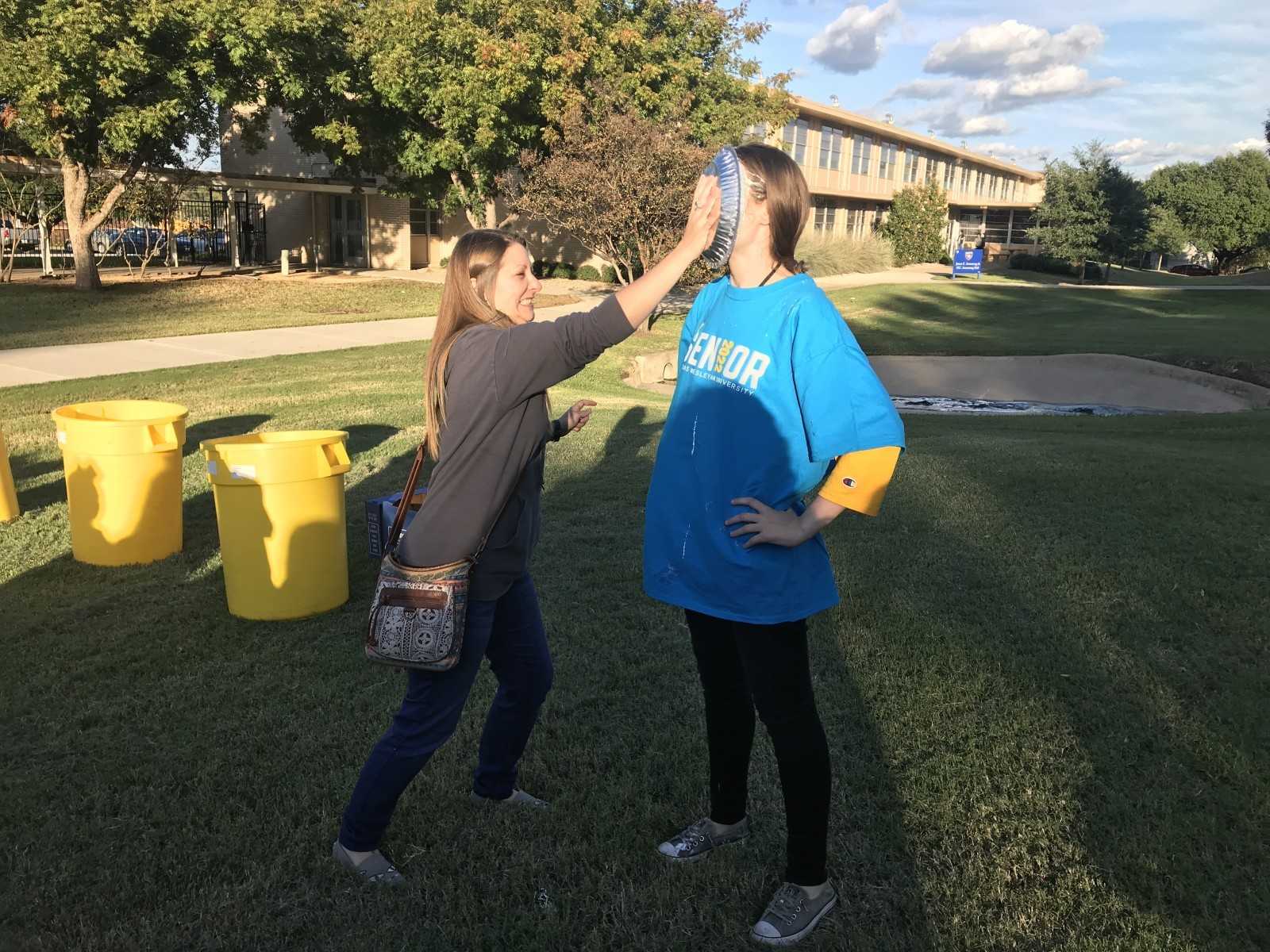