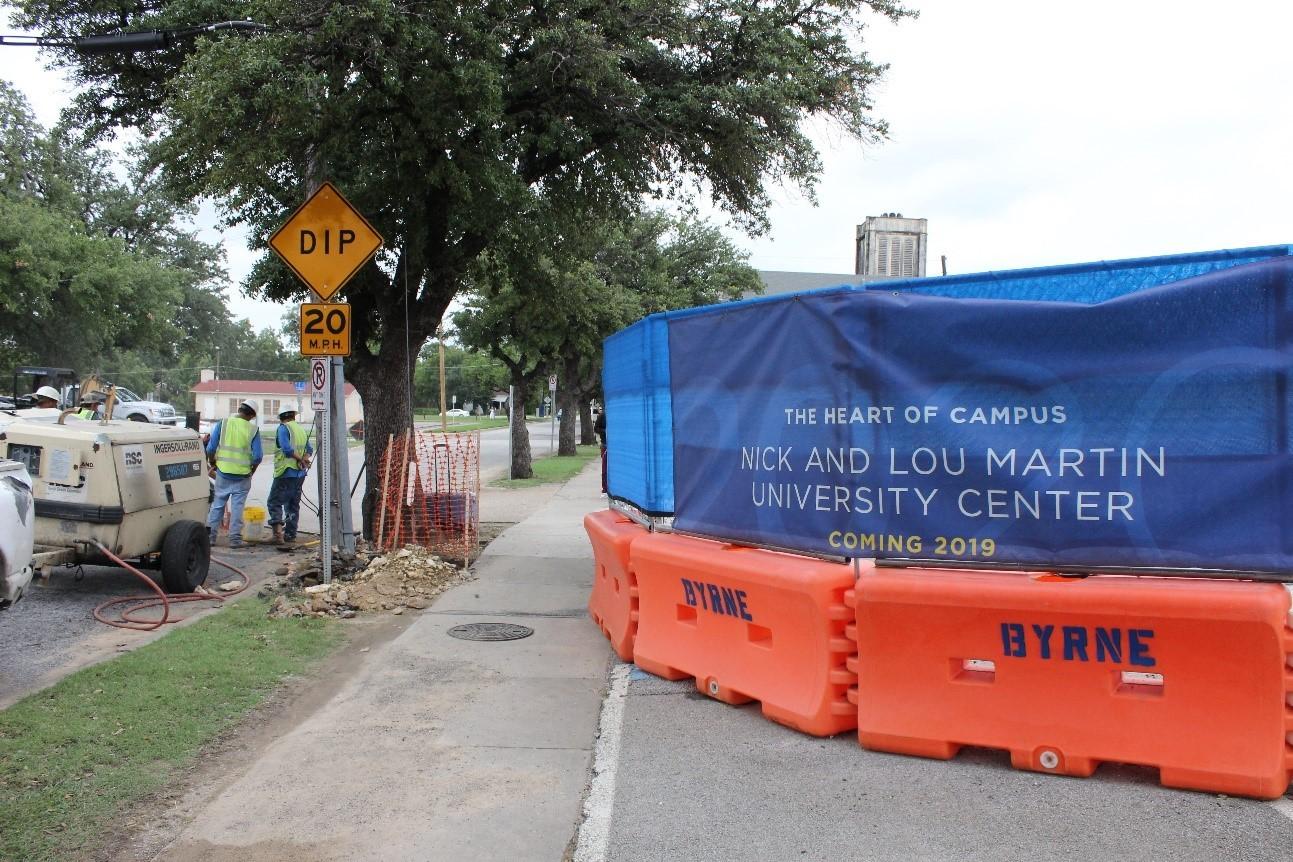 Jada Elzie feels like the Nick and Lou Martin University Center is something that should have already been at Texas Wesleyan to begin with and is something she’d like to see before she graduates.

“I feel like it’s something that should have happened a long time ago,” said Elzie, a junior business management major. “I don’t want to go to the library or sit in the lobby to chill. I think it will be a place where all the students can come together and do many different things.”

Construction on the center began in June and is projected to be completed in June 2019 for an August opening. According to txwes.edu, the 44,000-square-foot building will be the biggest capital improvement project at Wesleyan in last century, and it will be the central hub for student life and engagement on campus.

The center of campus is fenced in for the Martin Center construction. Photo by Hannah Onder

“It’s been a fun project, but it’s kind of funny that it’s been two, two and half years of design work for 12 months of construction,” said Brian Franks, the executive director of facilities, development, operations and emergency services. “There was a tremendous amount of behind-the-scenes action going on for the last two years, so it’s pretty exciting to see it come out of the ground finally. It’s a nice project because you don’t get to build university centers very often.”

Franks said the center will include more dining options, a variety of comfortable seating and furniture, student engagement and admissions offices, study space, a game room, an atrium, a ballroom, the bookstore, and student organization meeting space.

“It will have a dining space that will accommodate about 65 people,” Franks said. “There’s a variety of seating such as banquets, bar tops, high tops, and tables. All of that’s being designed with comfort in mind. We want to encourage students, staff, and faculty to come hang out there.”

The Byrne Construction Company has been contracted to build the Nick and Lou Martin Center.
Photo by Hannah Onder

Franks said the food places will be operated by the university’s dining service, Aramark.

“We’ll probably brew Starbucks in the building with the agreement that Aramark had with Starbucks they offer most of everything that typical Starbucks would have,” Franks said. “Tentatively, Aramark is looking at doing personal burritos and personal pizzas, so that’s two different spots similar to what they do at the WEE currently. Something that’s new to campus is Which Wich, which is in the last area there, and then it’s a large drink station with the freestyle soda machines.”

Franks said the construction was ahead of schedule for a few weeks in August due to good weather and Franks and others being on top of project paperwork; however, he said, rain and other bad weather can slow down the project.

“They’re doing everything that they can to build that momentum to gain initial days, and that’s all in good effort,” Franks said. “Hopefully we’ll continue that momentum. Things are looking good right now. There’re no issues to speak of. There haven’t been any budget overruns or any unforeseen issues.”

Construction on the Martin Center began in June and is expected to be completed by June 2019 in time for the fall 2019 semester.
Photo by Hannah Onder

While Franks can’t control the weather, he said both the construction company and architect working on the center have institutional knowledge and experience from working on previous Wesleyan construction projects.

“The construction company, the general contractor, is Byrne Construction,” Franks said. “They’ve built just about everything new on this campus, all the new construction and major renovations on this campus in the last 20 or 30 years. They’re also a 90-year-old company, so they know what they’re doing. The architect that is working with us is Bennet Benner Partners. They’ve been the architect of record for the last 10, 15 years.

“It’s a very well-designed building, and it’s being built by a very reputable contractor, so all of that goes hand-in-hand with completing the project in budget and on time. We’re very lucky and very excited to have those two teams here on campus.”

The Byrne Construction Company has built most of the construction projects on campus in the last 20 to 30 years.
Photo by Hannah Onder

However, it can be a struggle to go to school on a campus with active construction occurring, said Dr. Amy Bell, an associate professor of Spanish.

“It’s a little irritating being in class and having the noise go on,” Bell said. “Students have to find alternate routes to get to class, so it’s like a labyrinth around campus. It makes everything a little bit more difficult, but it’s so that we can grow, so I’m grinning and baring it.”

Students have to find alternate paths around the construction site. Photo by Hannah Onder

“I hope it’s a real community locus that brings people together,” Bell said, “just like the renovation on Rosedale.”

“Currently we have marked routing for students and visitors on campus,” Franks said. “As the construction site shrinks, I’d say about mid-fall use of all of the horseshoe clocktower parking area, the need for that will go away, so we’ll be able to start shrinking the construction fence, site down.”

While working on the center, Franks said the construction company has also been fixing the sidewalks in the area.

“A lot of our sidewalks were very old, and some had trip hazards so we’re taking this opportunity to improve those sidewalks that’s within the construction site,” Franks said. “Some of those have already been done.”

In front of Eunice and James L. West Library, there is a display of Martin Center artist renderings.
Photo by Hannah Onder

As for the center, Franks said the underground utilities, ground soil replacements, as well as the drilling for 130 piers and the perimeter grappling, have been completed.

“Moving forward, we’re looking at pouring the first floor slab,” Franks said. “That’s scheduled to happen the second week of September and immediately after that you’ll start seeing steel being erected on the building pad. Then about two or three weeks after the first floor slab is poured all that steel will go in place and then the concrete for the second floor will go in place. Then in another two weeks you’ll have the roof being set, so they’ll move very quickly. By the end of November all of the steel structure will be in place and in all the floors will be set.”

Franks said the first tour of the construction site will be on Nov. 3 during alumni weekend and homecoming.

“That will be open to everyone and anyone,” Franks said. “Even though it’s a Saturday and the site will probably be closed, we’re actually going to open up the construction fence and have guided tours by me and the superintendent of Byrne. We take probably about groups of 30 just so that we can manage them up to the building pad and explain how we got there and where we’re at and talk a little bit about project completion dates.”

A rough timeline of the construction of the Nick and Lou Martin Center from Brian Franks. Graphic by Hannah Onder 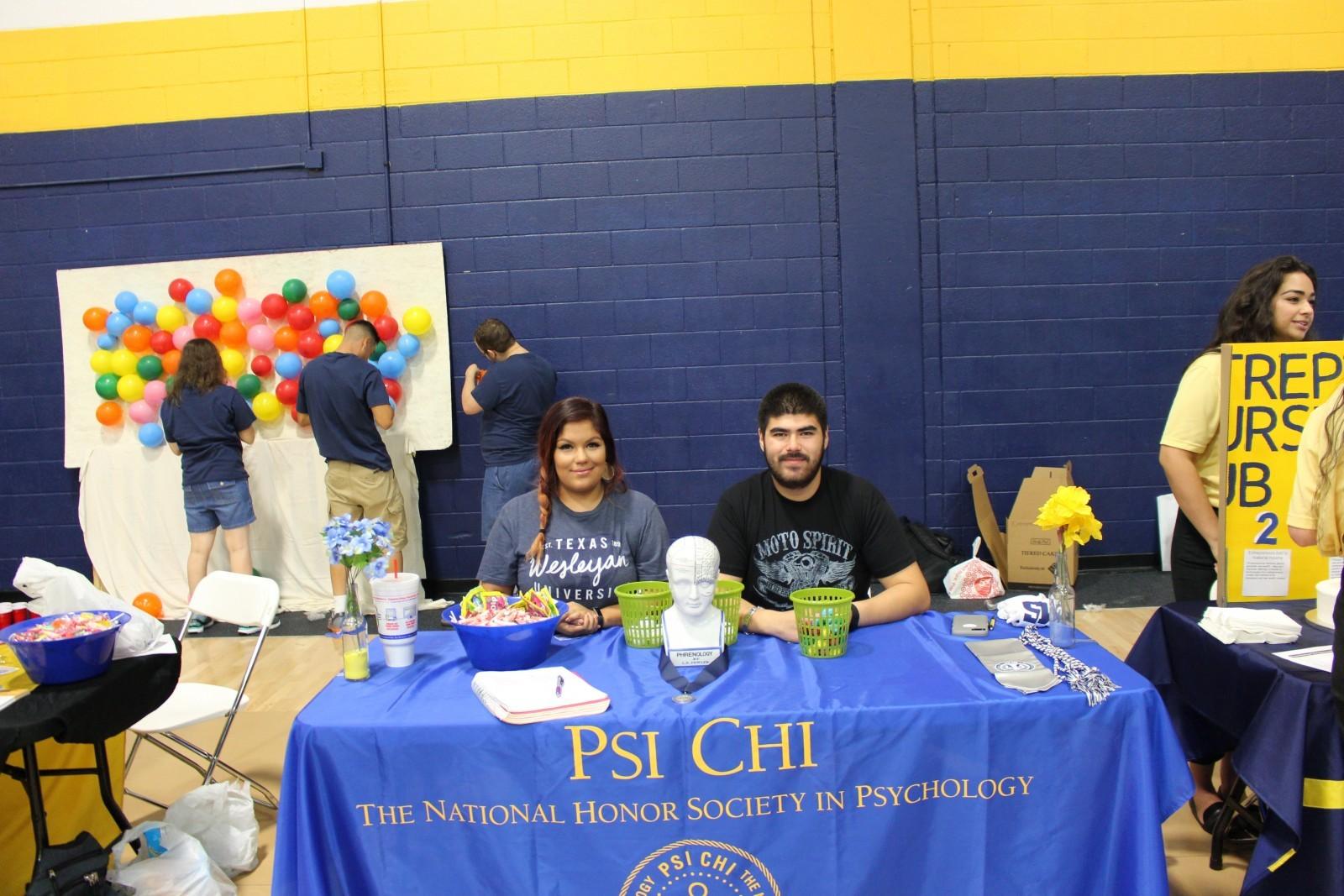 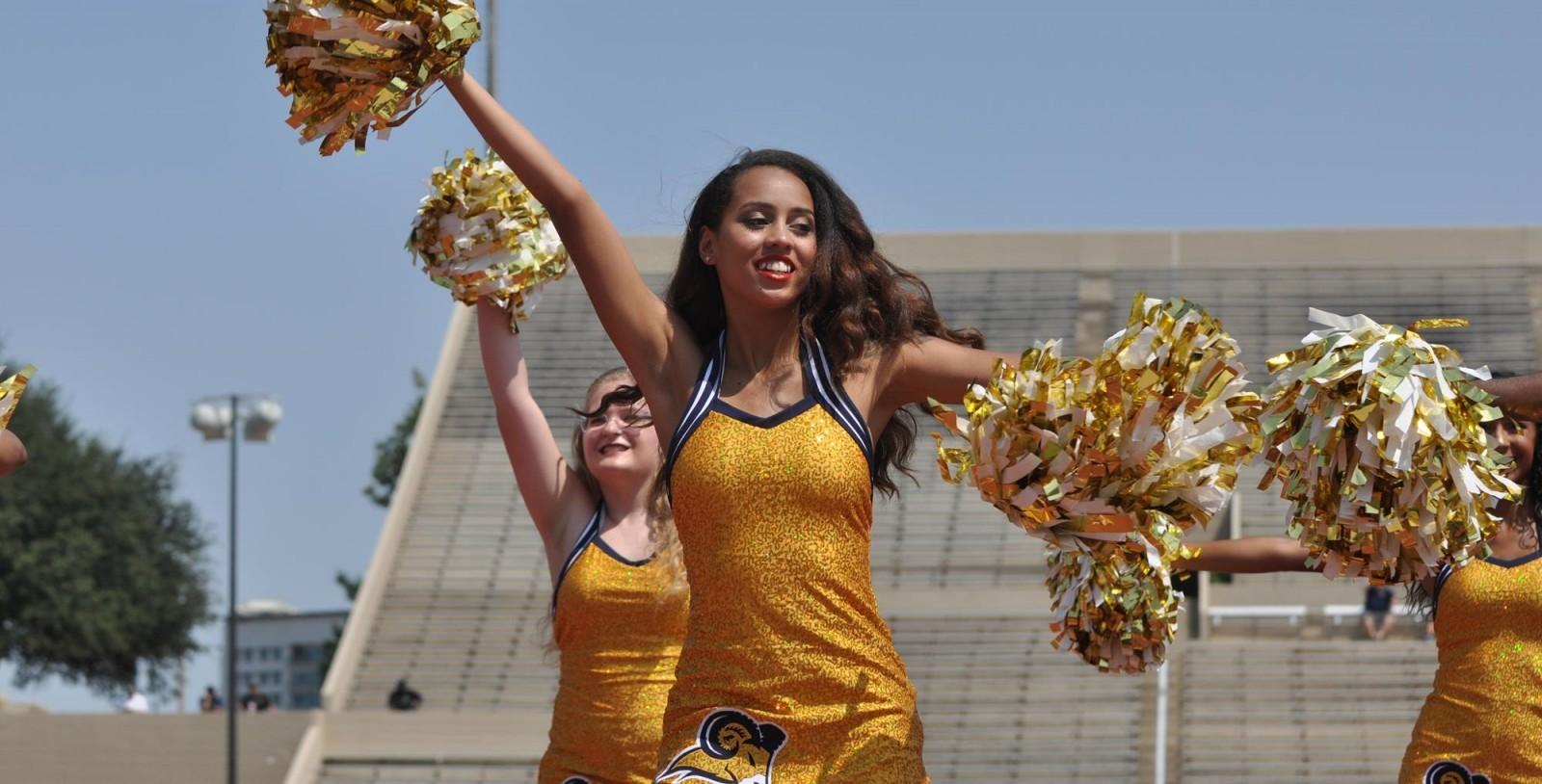 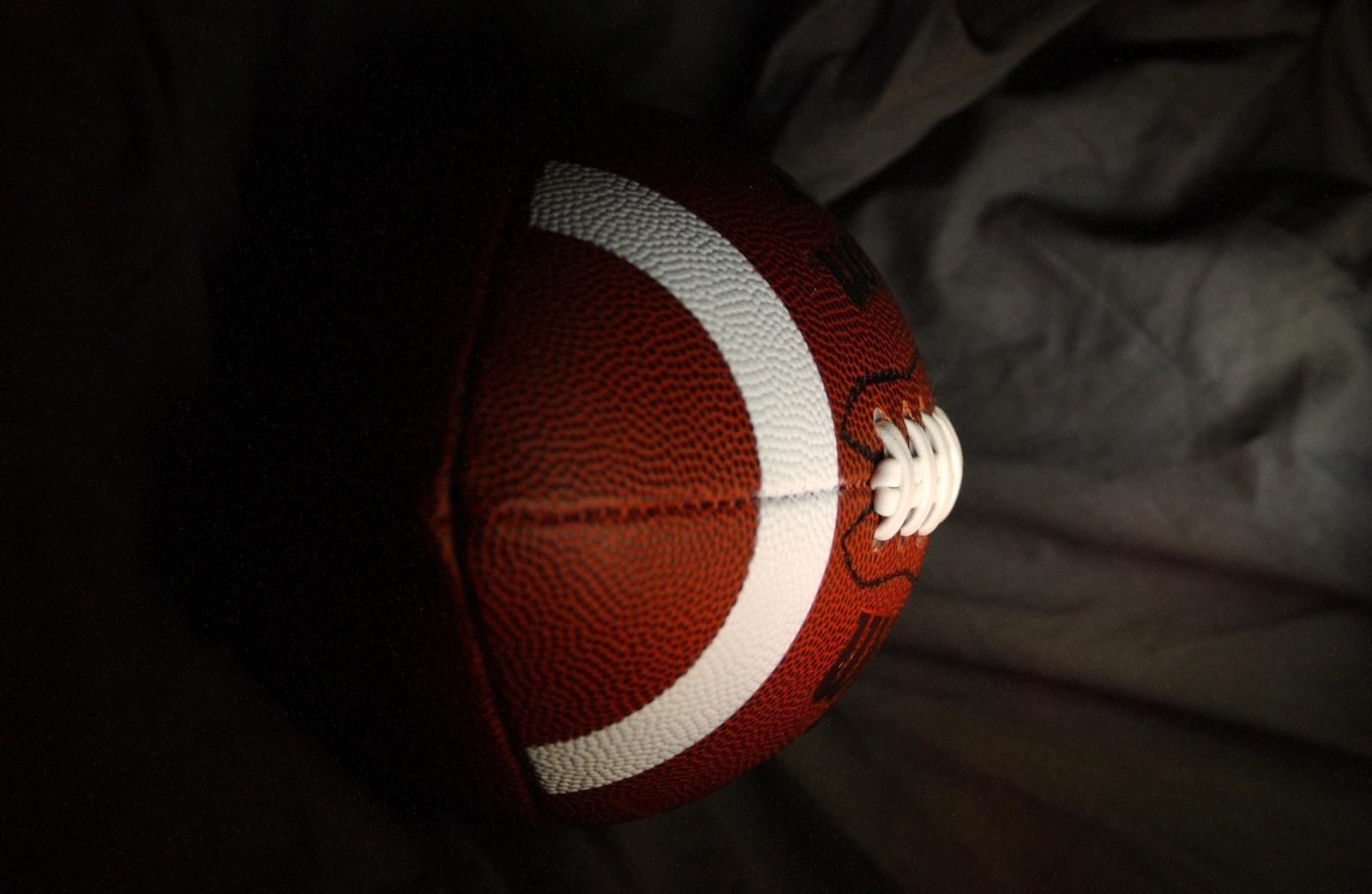 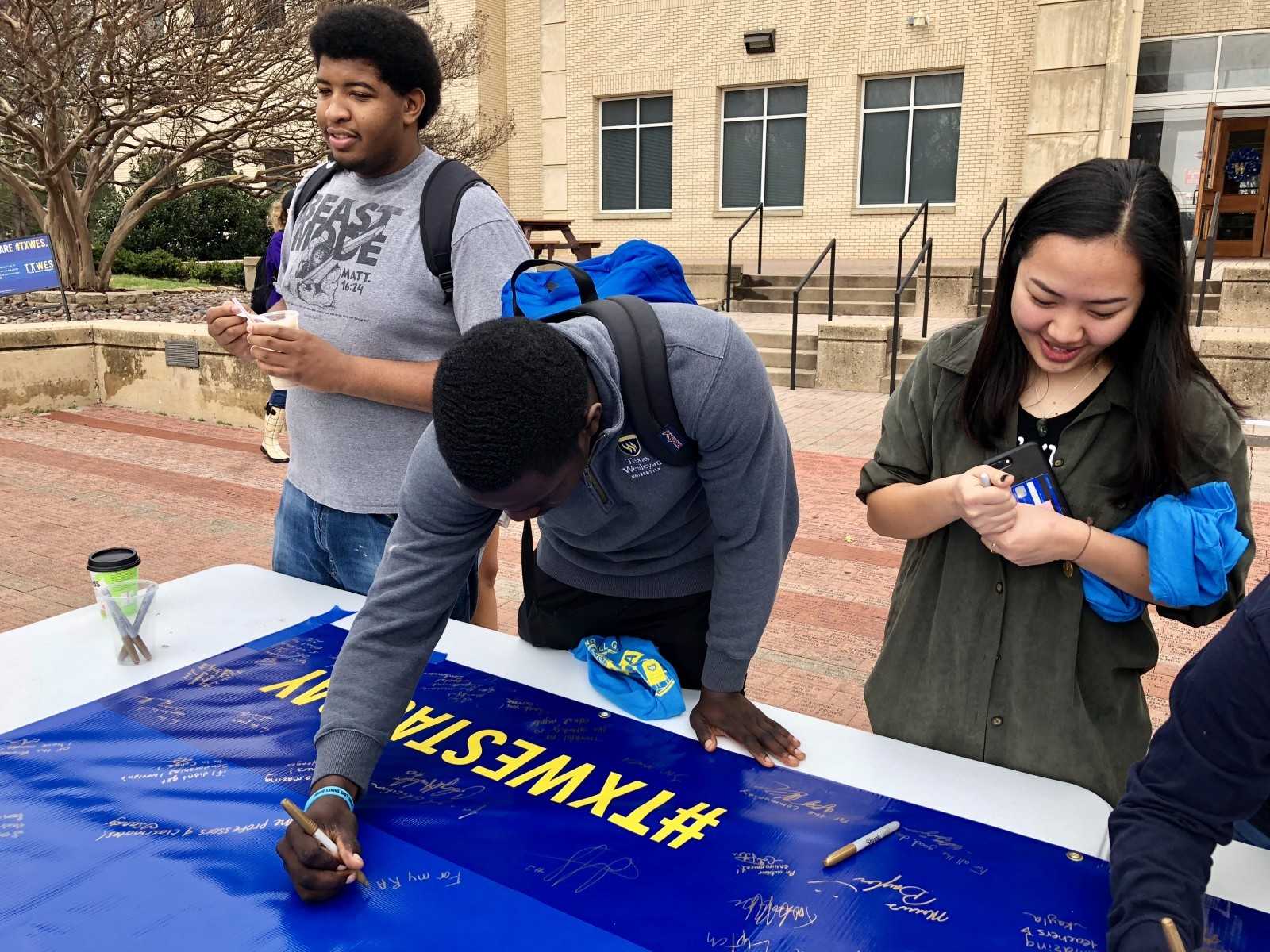