Texas Wesleyan, alongside co-sponsor the Fort Worth Piano Teachers FORUM, will be hosting the 11th annual Duo-Piano Competition Saturday at the Nicholas Martin Hall from 9 a.m. to 5 p.m.

Dr. Ilka Araújo, an associate professor of music and the chair of the competition, wrote in an email a bit of history of how Texas Wesleyan came to host the duo-piano competitions each year.

Araújo wrote that the story starts off with Patricia Barr and Howard Barr, who are both Texas Wesleyan alumni.

“Mrs. Patricia Barr and Dr. Howard Barr (deceased) were two active duo-piano performers who traveled all over the U.S. and Canada with their two Baldwin pianos that are [now] used for the competition,” she wrote.

According to txwes.edu, the competition was established more than three decades ago by the Barrs.

“It is given every year in memory of their son, Stephen, with the purpose of presenting and promoting a young, up-and-coming artist who has a promising career as a performer,” the website reads.

Araújo wrote that the pianos the Barrs used were donated by Patricia to Wesleyan.

“Before 2008 the Fort Worth Piano Teachers FORUM, an association that Mrs. Barr is a part of, presented the idea of the competition to Texas Wesleyan,” she wrote. “Since then both groups have put this event together every year.”

She wrote that any student studying piano with a teacher in the state of Texas can compete.

This year, according to Araújo, 16 duos will be performing on Saturday.

“The competition is for students from K-12 grade and for post-12 applicants who are considered Amateur pianists – by that we mean music students who do not have careers yet or other professionals who still play piano for the love of it,” she wrote.

Araújo explained how the competition works for people who have not had the opportunity to experience a duo-piano competition.

“Participants perform in two pianos facing each other,” she wrote. “The music they play is written for two pianos and they have to carefully play together as a team while they play their individual parts. That demands much attention and careful listening so they match their sounds.”

Araújo wrote that they usually have Wesleyan students participating in the competition.

“This year we will have two music majors participating: Ely Guy and Ronald Gray,” she wrote.

Gray, a junior music major, wrote in an email that he hopes the audience gains something from hearing his performance.

“I hope people can hear some of the different timbres the piano can produce, and get an impression of part of the piano’s personality,” he wrote.

Alicia Smith, a senior music major, wrote in an email that she has participated in the competition in previous years.

“I first competed in this competition back in middle school with my brothers Theron and Cameron Smith,” she wrote. “Later, I entered the [competition] as a junior college student for two years. It was a great experience for me both to play and to learn the chamber music. I look forward to hearing the students perform and reminiscing on my former.”

Smith wrote that she will be at Saturday’s competition as a volunteer.

“[I will be volunteering by] assisting the directors making copies, helping setup the hall, checking-in the students, etc.,” she wrote.

Amanda Roach, a junior mass communication major, wrote in a message that she would love to see the duos perform Saturday.

“Seeing a couple of people compete to be the better pianist sounds like it would be an incredible experience,” she wrote. “I’ve never seen a piano duel before, but it really sounds like something I would enjoy!”

Roach wrote that she has grown to appreciate piano playing after some experience she had learning the instrument.

“I started playing piano in second grade, took a year of lessons, and decided it was stressful because I was practicing for over an hour per day and was having a hard time grasping some concepts,” she wrote. “I took a long break then rediscovered piano in 10th grade and started teaching myself to play.”

Roach wrote that admires people that play the piano.

“It is a fascinating experience to really sit down and listen to each individual part of a song and realizing how they all go together to make a beautiful piece,” Roach wrote. “All that goes to say, I really love piano and have such an admiration for those that play well.”

The 11th annual Duo-Piano Competition is Saturday from 9 a.m. to 5 p.m. in Nicholas Martin Hall. The event is free to the public. 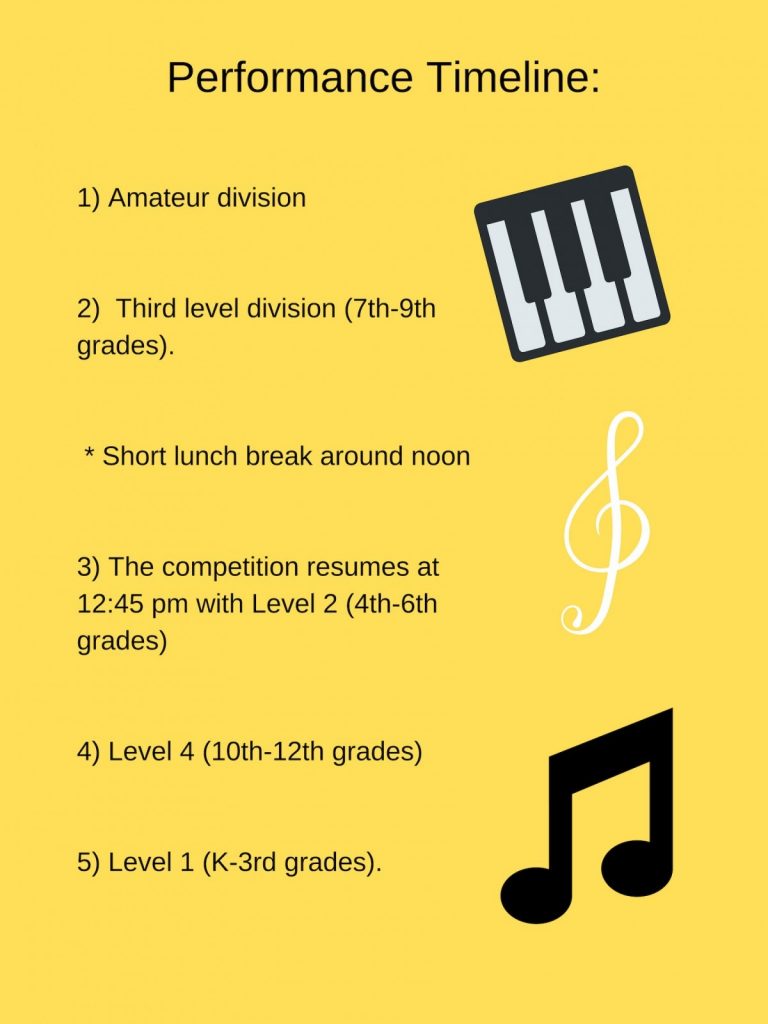 This is the performance schedule for Wesleyan’s 11th annual Duo-Piano Competition on Saturday from 9 a.m. to 5 p.m. in Nicholas Martin Hall. Source: Dr. Ilka Araújo
Graphic by Elena Maldonado 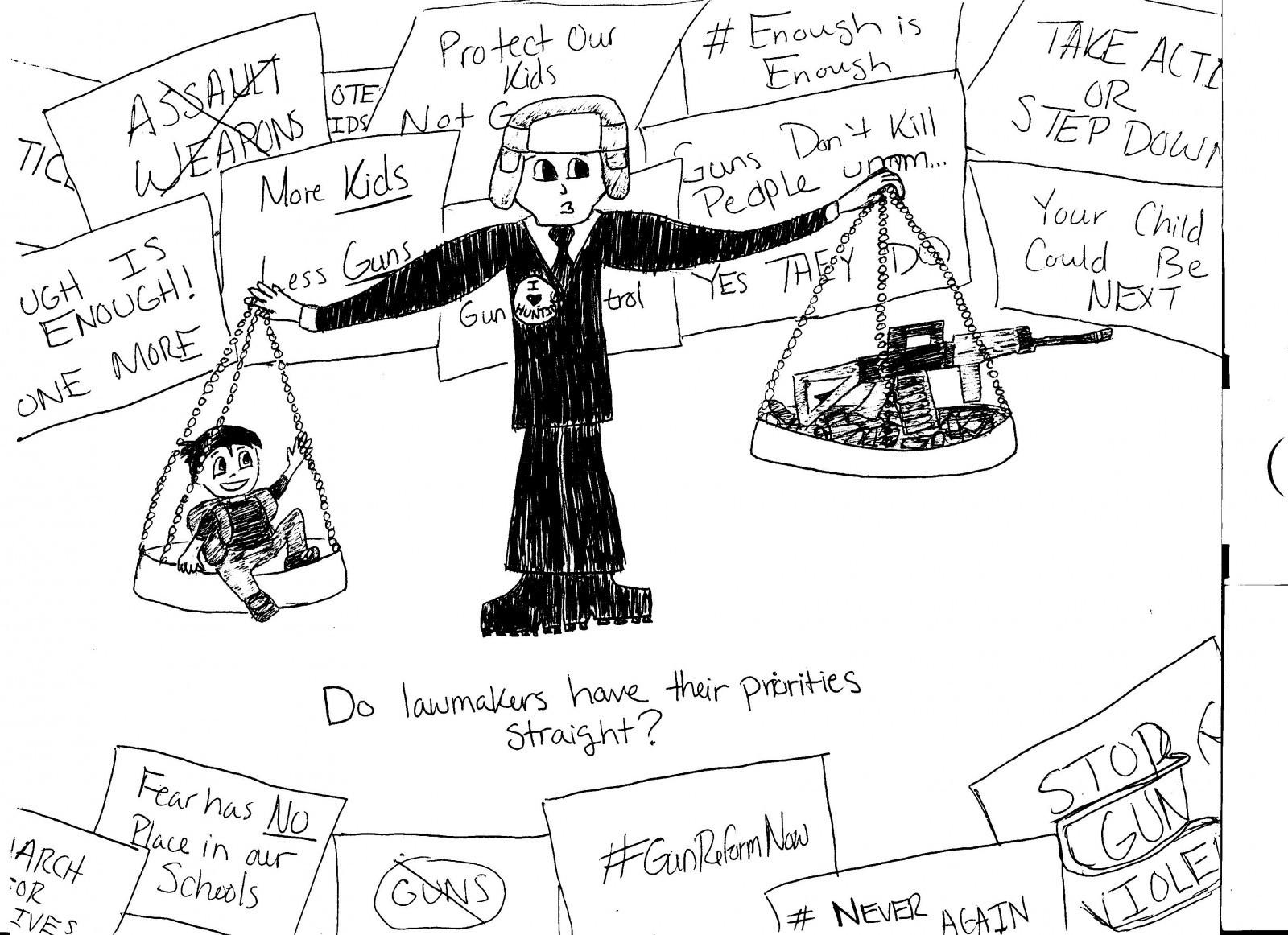 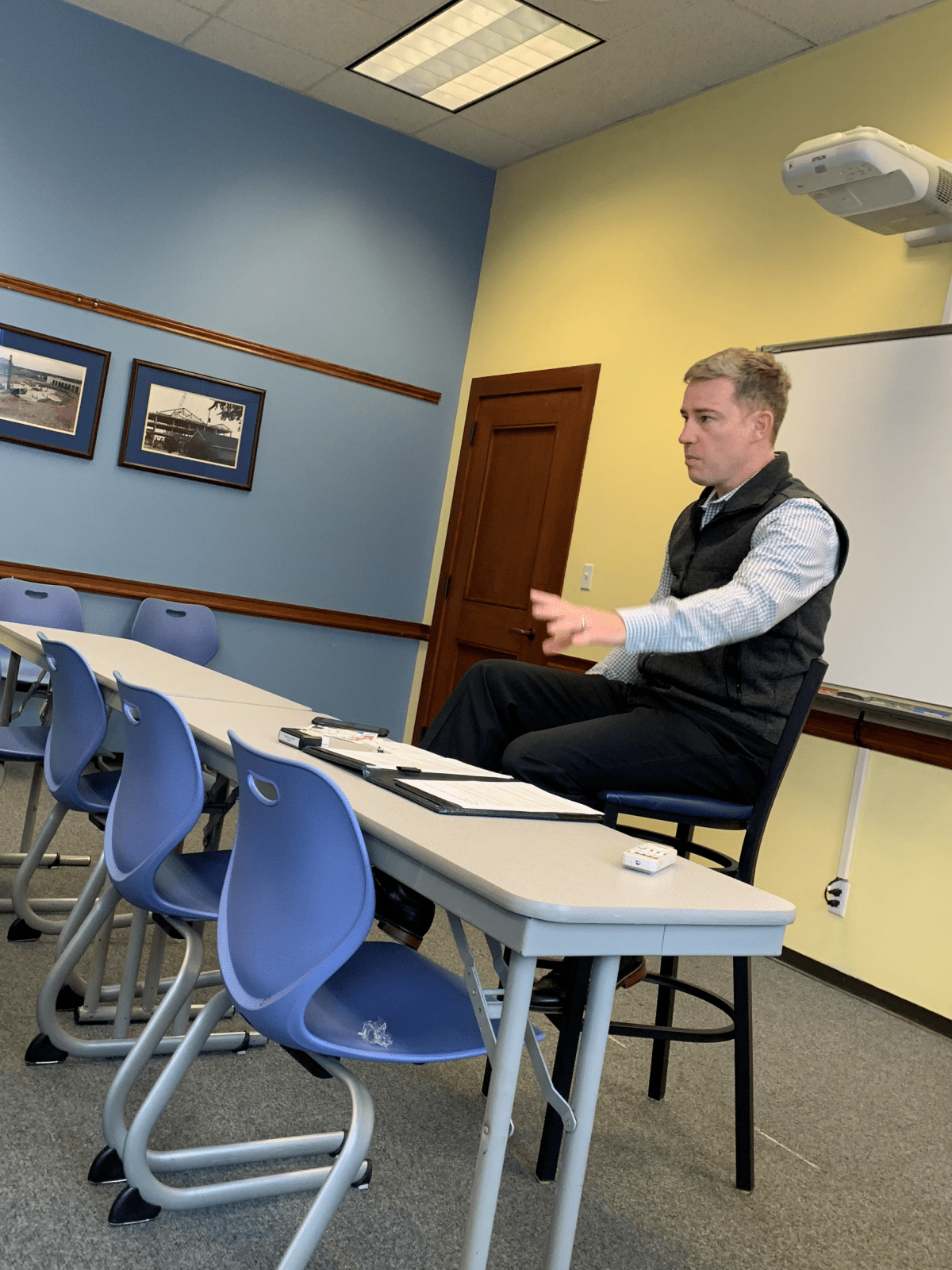 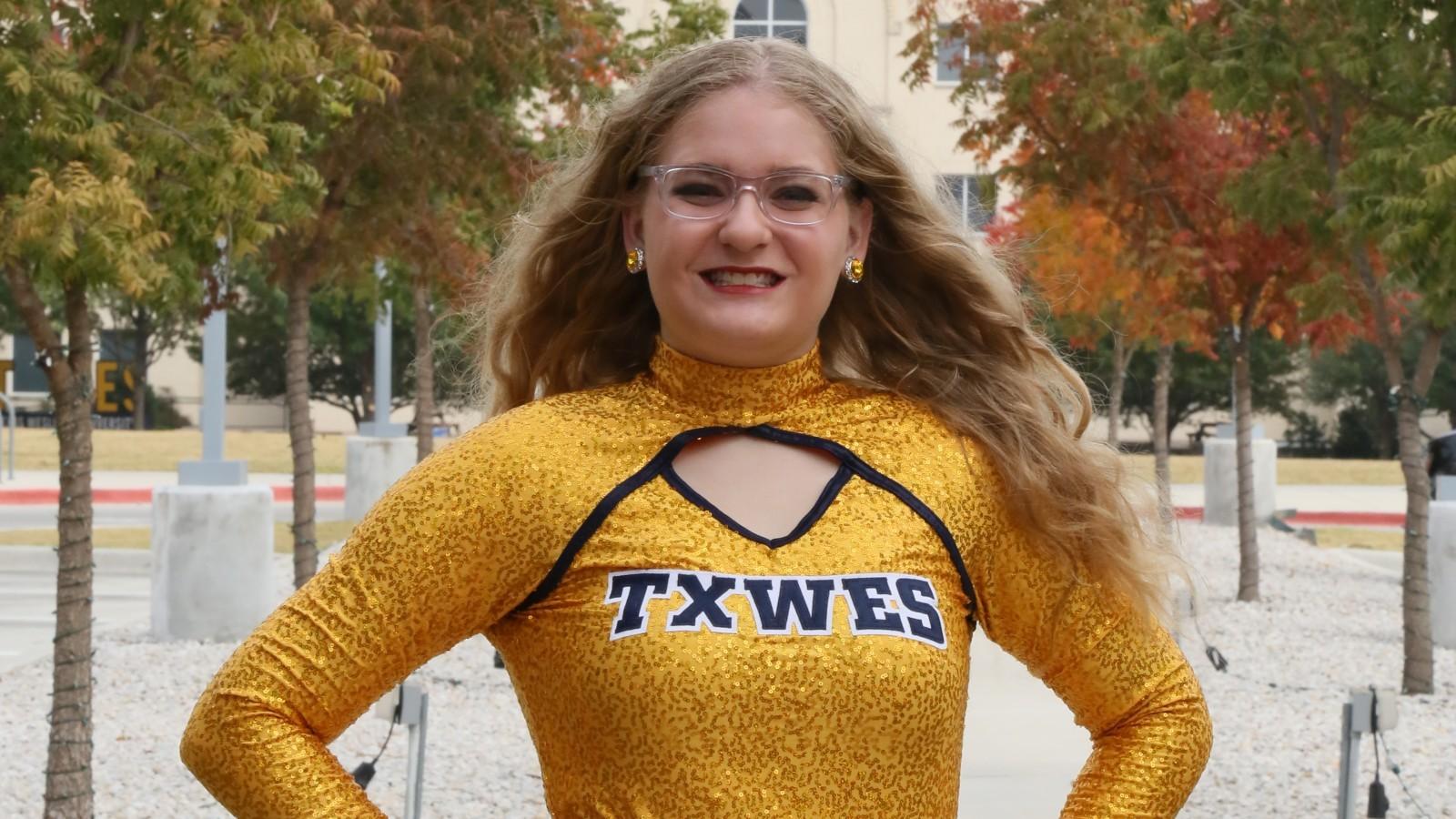 Pricer shuffles between dance and theater