Senior psychology major Adreanna Balcorta works her front desk job during finals week. Balcorta will celebrate Christmas and New Year’s over the winter break. “I’m engaged, so I’m probably split amongst my family and her family. Both our parents are divorced, so that’s even more of a breakdown. So probably, there will be multiple parties and lots of time watching people open presents,” Balcorta said.
Photo by Hannah Onder

Two longtime friends discovered their attraction for each other through mistletoe.

Adreanna Balcorta, attending a holiday party with her friend Kelsea Martin, looked upward and giggled. She jokingly pointed at the romantic, red-and-green plant dangling above the pair’s heads.

“I think that was one of the first times we really kissed,” said Balcorta, a senior psychology major. “So now, every year, we put one above our kitchen mantle, so that when we kiss, we’re kissing under the mistletoe.”

Balcorta, like many Rams, will spend winter break celebrating the holidays with food, family, and traditions.

Balcorta and Martin will be splitting their time between Christmas and New Year’s parties hosted by both of their families.

“I come from a Hispanic background, and they kind of have a party for everything, just pretty much anything to get the whole family together and stay up until like three in the morning,” Balcorta said.

Family is crucial to Balcorta, and since she comes from a religious family, holidays are a time the whole family gets together.

“I think the most important part is getting together with family,” Balcorta said. “I mean when you think about Christmas, you think about family and friends and what you care for and appreciate. It’s kind of like Thanksgiving part two with gifts and chicken instead of turkey.”

Academic credit evaluator Cindy Gonzalez also sees the winter holidays as a time to catch up with the family she doesn’t get to see very often.

“I’m just a big family-oriented person,” Gonzalez said. “It’s important to me to be with my family during those times since I’m not with them throughout the entire year. Christmas is about being together with family.”

One tradition Gonzalez has for Christmas Eve is making tamales together with all the women in her family at her grandmother’s house.

“It’s just special because of my grandma,” Gonzalez said. “I’m really close to her, so it’s just a really nice experience to be with her during that special time of the year, or it is for me.”

While senior business administration major Salvador Serrano does see his family and friends, he has a different tradition for the holidays.

“I’m working at a psych ward,” Serrano said. “I’ve worked there for three years. I work the day before, the day of, and the day after every holiday.”

When he first started, Salvador was required to work two holidays. Now he picks up shifts from his co-workers, who end up with last-minute holiday plans, for a fee.

“I saw the boost in my check, and I just kept going,” Serrano said. “I’m just trying to pay my bills and graduate.”

Junior exercise science major Dustin Schorie is in the opposite situation. Schorie is from Phoenix, Ariz. so he doesn’t get to see his family much outside of the holidays.

“I see them like three times a year for various amounts of time like sometimes it’s two or three days or a week,” Schorie said. “I’ll have about a month during Christmastime, but it’s usually never longer than that.”

Schorie is going home to celebrate Christmas with family and New Year’s with his friends. He has the traditions of opening presents on Christmas morning and watching the ball drop on TV on New Year’s Eve, but his favorite is cooking a big Christmas meal with his whole family and eating the leftovers.

“It started off kind of small,” Schorie said. “It was just my dad that did it. Then I found my way into the kitchen. My mom helps out, my brother helps out, and even my sister will help out now. We create more than enough food for our family to eat in a day.

“[Leftovers] is my favorite part, because you spend all this time making food that you only make once or twice a year, so getting to eat it for the next couple days is the life.”

Living away from his family has shown Schorie how much he misses his home.

“[Going home for the holidays is] really good,” Schorie said. “When you spend so much time away from your family, you learn how much you love them. So, having been away for so long and then going back is always a lot of fun.”

Junior exercise science major Dustin Schorie poses in the Gina’s Café in the Nick and Lou Martin Center during Wesleyan’s Dead Day. Schorie will be going home to celebrate the holidays in Arizona.“[My family] still open presents on Christmas morning. One of the big traditions we have is cooking a really large meal for Christmas dinner, so we’ll spend all day doing that,” Schorie said.
Photo by Hannah Onder 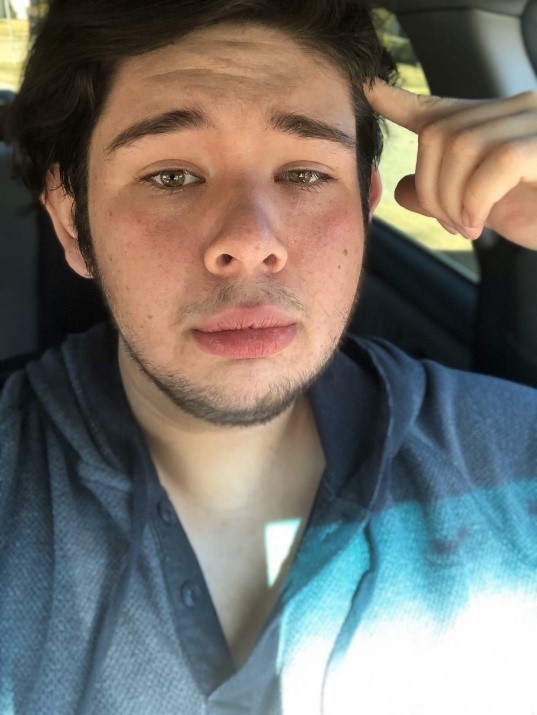 Senior business administration major Salvador Serrano takes a selfie on the way to class at Texas Wesleyan. Serrano has the tradition of working over the holidays. “I started this around three years ago, and I’ve been working every holiday since. I see my family all year long, so what’s one day going to do?” Serrano said.
Photo contributed by Salvador Serrano 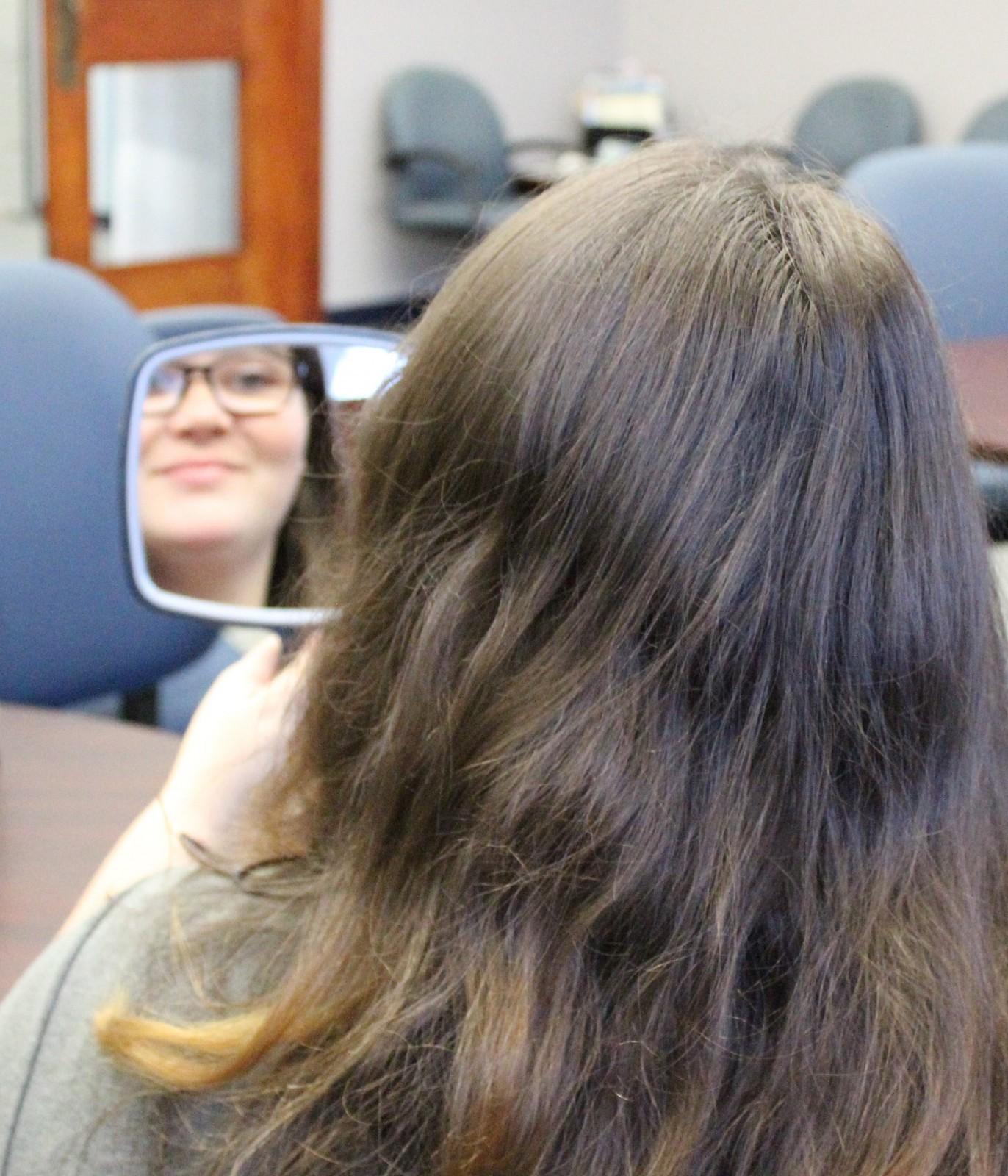 Don’t forget to love yourself 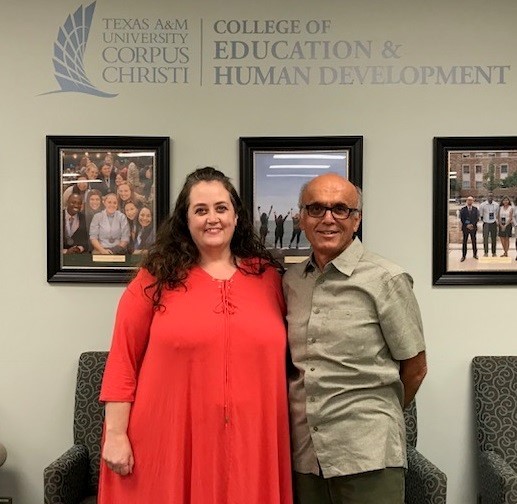 Rolf and the Road to Global Citizenship