LaTasha Jackson-McDougle said Tuesday that people can trauma can just be part of someone’s story, and not define them.

Jackson-McDougle spoke to an audience of 10 students during free period on the second floor of the Eunice & James L. West Library.

“My entire life surrounded around domestic violence awareness and that’s what I draw my energy into,” said Jackson-McDougle, who in 2013 founded Cheryl’s Voice, a Fort Worth organization that tries to prevent domestic violence.

Trauma “doesn’t have to be the end” of someone’s life, she said, adding that she talks to many young people in juvenile detention who are starting to take their counseling seriously.

“I want them to know that they can turn their trauma into their victory,” she said.

One of the attendees, junior marketing major Christine Davis, said the presentation “is really impactful.”

“It gave hope,” she said. “So many times as students, we can feel kind of hopeless against whether or not we’ve experienced trauma, and it was just a message of hope and it was empowering.”

Senior business management major Jonathon Perkins said the presentation was touching, adding that there might be Texas Wesleyan students that can possibly be dealing with thoughts of suicide and that might be willing to open up to Jackson-McDougle.

As a result, he said he is planning on inviting her to a suicide awareness and prevention event for Texas Wesleyan students at the Kay Granger Mall on April 14 from noon to 1:30 p.m. 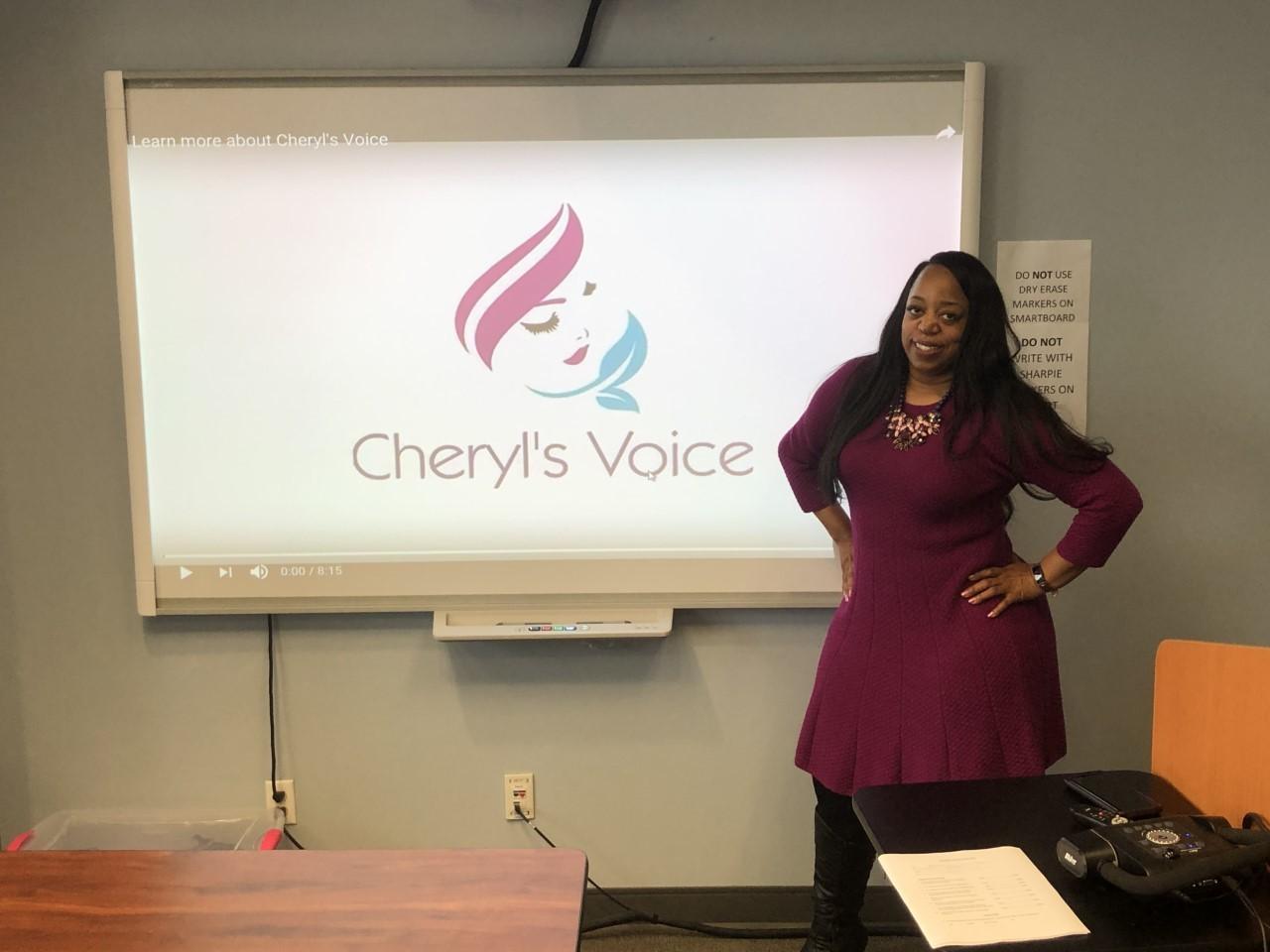 LaTasha Jackson-McDougle prepares to give her presentation on Tuesday.
Photo by Collier Ricks