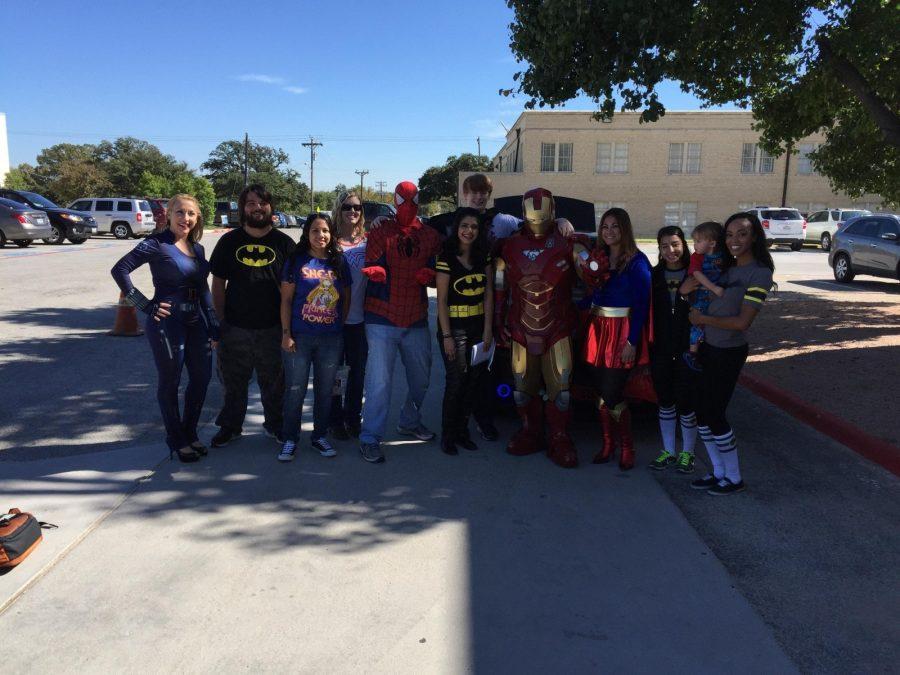 Texas Wesleyan students will be flying to the Irving Convention Center for Dallas Fan Days, a Comic-Con event, thanks to the Student Government Association.

The SGA purchased enough tickets for 100 students to attend one day of the event, where they will come face to face with comic book icons like Batman, Superman, Captain America and many more.

The event takes place Friday through Sunday; Wesleyan students can attend the final day for a reduced price of $10, which includes bus transportation to and from the event provided by Student Life.

Dr. Cary Adkinson, assistant professor of criminal justice, has long thought how cool it would be to take his students to the event.

“I teach a class right now, comic books and crime,” Adkinson said. “There is something about these stories about heroism and overcoming odds, persevering in the face of all kinds of serious challenges, that I think really speaks to people on a deep level.”

The Irving event features various vendors and booths showcasing comic books, sci-fi, fantasy and more along with authors and celebrity appearances. Among these are Christian Slater of Mr. Robot, wrestler Mick Foley, Millie Bobby Brown of Stranger Things, and Scott Wilson of The Walking Dead, according to the event’s web site.

SGA treasurer William Wick, a senior criminal justice and psychology major, co-wrote the bill to purchase the tickets, which was passed Sept. 30, but gives full credit to Adkinson for making it happen.

“Dr. Adkinson was the progenitor of this,” Wick said. “If it hadn’t been for him none of this would have happened.”

Wick said this is just another way SGA is trying to help facilitate student activities.

“I started this on the behalf of other people,” he said. “The deeper and deeper I delved into the process of getting this bill passed, the more and more people I have met that are super interested in this.”

Wick reached out to Jacob Chesney, sophomore education major and president of Nerd Central, a campus organization that seeks to provide a space for people who enjoy “geek-like,” or outside the social-norm, activities, to assist with the bill.

“For us, it’s more of an opportunity to connect with the students and hopefully some more people interested in Nerd Central,” Chesney said.

“I have gone to several conventions,”Adkinson said. “I have gone as an attendee, and I have also gone helping vendors set up on the convention floor.”

Adkinson wants his students who are attending the convention to look at how comic books and superhero stories influence and affect people’s idea of crime and justice.

“What I’m going to have my students do is interview attendees,” Adkinson said. “The question they are going to pose is ‘How do you think comic book and superhero stories help us understand issues of crime and justice?’”

Adkinson believes anyone, regardless of major, can find something they are interested at the convention.

“I think the powerful thing about comic books and superhero stories is that they’re universal,” he said.