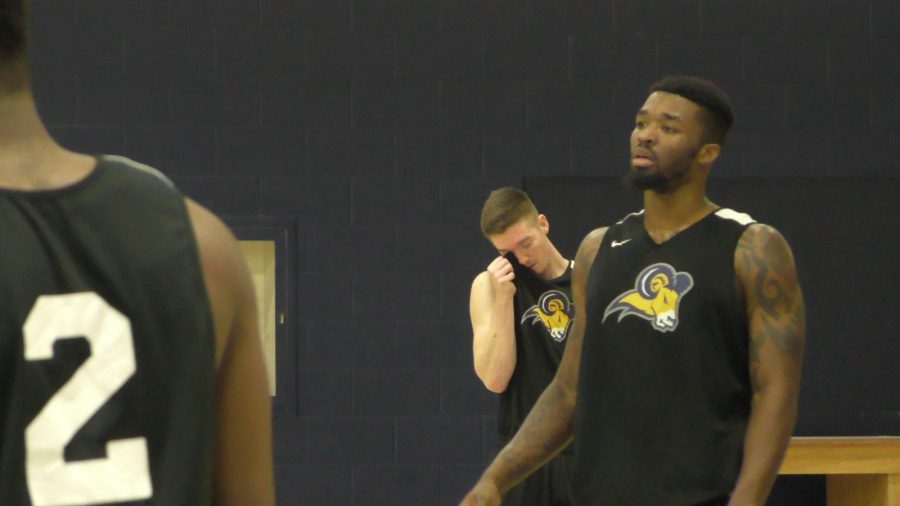 The Rams sought retribution against the Mid-America Christian University Evangels, and on Tuesday night at the Sid Richardson Center they found it.

The 93-60 victory in the Sooner Athletic Conference quarterfinal playoff game means the Rams will journey to Oklahoma on Friday to play the University of Science and Arts in a SAC semifinal game.

Mid-America Christian had beaten the Rams twice in the regular season. The Rams had clinched their second SAC title on Saturday with a 114-95 win over Bacone College, according to ramsports.net.

Shingleton thinks what the Rams are doing is what other teams aren’t, and that the players should stick to their style of play.

Rogers said Mid-America was “due for a loss.”

“I mean, it was a great win. They were due for a loss from us, because you know, they beat us twice this year,” Rogers said. “And that shouldn’t have happened – it was two close games and, ya know, we just proved today [that] all that really matters is the best team won.”

Like Shingleton, Rogers brought up effort as a key in the Rams’ victory.

“Our effort, our effort and our approach today was a major [factor],” he said. “We came out with the mindset thinking that, ‘They beat us twice, we can’t let them beat us again on our home court. There’s no way that can happen.’ And we just played harder than they did.”

Rogers believes taking on one thing at a time and focusing on what’s directly ahead is exactly what they need to continue to do.

“The only thing I can really [say] is that we just gone take it day by day – you know, you got to win each day,” Rogers said. “And then, ya know, we’ll be successful that way. You got to focus on what’s in front of you – the moment. That moment that you’re in. That’s what you can control, you can’t really control the future, so you just got to, you know, take it, day by day.”

Demarcus Emanuel, a junior education major, got the crowd excited by dunking with 45 seconds left in the game.

Emanuel said the energy of the fans along with the Rams sticking to their discipline are ultimately what gave them the win.

“The bench, the energy, the start of the game – everybody was into it,” Emanuel said. “Ya know, we made a stop, and then we came back onto offence and made a big play. All that came together, so we came out with the win. I feel like – when I got in, I stay ready, so you know, it’s nothing to me. You know, it’s just get in, perform, do what I can do. But other than that, the team played well. The fans was in it, the energy was just there. So, that’s how we came out by a 30-point lead and a 30-point win.”

Emanuel acknowledged the Lord and the Rams’ tight-knit team as two other factors in the victory.

“It’s a blessing, first and foremost, you got to thank God [for] giving [us] opportunity, we got great guys, got a great coach, so we all stay together, and that’s how we come out victorious,” he said.

Emanuel said the Rams are trying to reap the rewards of their success all the way to the nationals.

The Rams will play the University of Science and Arts at 6 p.m. Friday at Oklahoma City University’s Abe Lemons Arena. For more information, go to ramsports.net.