Reading Books and Changing the World: Best Books to Read 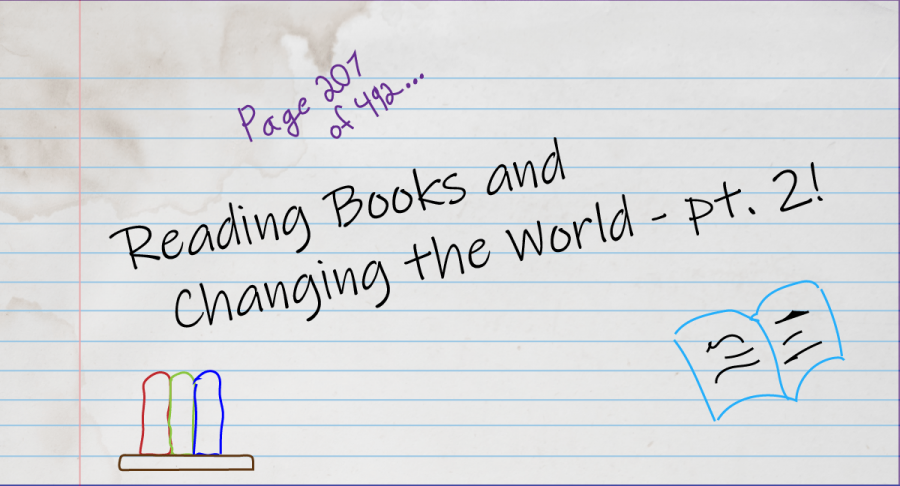 If you’re a book reader like I am, then you probably know the struggle of knowing you want to read something, you’re just not sure what it is that you’d like to read.  You tend to wander the aisles of the library or bookstore, trying your hardest not to just a book by its cover, but how can you not when some of the covers are so bland…

Today, we’re following up yesterday’s conversation about where to get great books with what great books to get!  These are some of my personal recommendations in many different genres, so hopefully you will find something new that you really enjoy!

Without all the gibber-gabber, let’s dive on in and take a look at some awesome books.

I read this series in high school because I won the third book in the series in a contest, and let me tell you; I had a hard time sleeping while reading through this series.  The series follows Jazz Dent, son of one of the world’s most famous serial killers, clocking in at over 30 kills (that the police know of.)  Poor little Jazz spent his childhood mostly alone with his single dad after his mother’s mysterious disappearance and picked up on a thing or two his dad taught him.  Years later, when Jazz is in high school, Mr. Dent has finally been arrested, but another murder soon pops up in Jazz’s hometown, leaving the son of a serial killer to help the police using the skills he has learned.  But Jazz has to be careful, as the apple doesn’t fall far from the tree.

This series contains three books; I Hunt Killers, Game (my personal favorite,) and Blood of my Blood.  There are times when these books are quite graphic, both in violence and language, so reader’s discretion is advised.  I highly recommend these for criminal justice students wanting to pick apart a book series or anyone looking for a good, creepy mystery!

You know how you were probably forced to read the Giver in high school?  There’s a whole series, and let me tell you that the fourth book is one of the most mindblowing reading adventures I’ve ever had.

The Giver series follows a world where choices are taken away from people.  They all wear the same clothes, have the same hairstyle, say the same things, and have the same hobbies.  All except for one kid, Jonas, who sees the world with a few more possibilities than most.  In this classic dystopian novel, it is Jonas versus the world as he tries to escape from his controlled life while still not understanding what else is even out there.  Note: If you’ve seen the movie, you have an idea of the premise, but the book is completely different.

Oh, and that’s just the first book.  Books two and three (Gathering Blue and Messenger) take us on a totally new adventure that doesn’t seem connected at all, that is until book four, Son, rolls around, and…well, I won’t spoil anything here.  You’ll just have to wait and see how everything connects for yourself.

We all loved these books as kids, but as an adult, they seem even better to me.  I understand the witty humor and the written sarcasm so much better than I could have as a kid.  Bonus: each book is around a hundred or so pages and can be pretty easily read in an hour or two, so they’re great for when you want to finish a whole book in one sitting.  There are thirteen total in the series, so I won’t list the name of every single one of them, but it is certainly enough to keep you entertained for a couple weeks!

The books center around three children that find themselves as orphans in the care of Count Olaf, some distant relative that wants to steal their parent’s fortune from the three children through outlandish schemes.  This leads to many crazy adventures – and misadventures – for the three that are quite entertaining to the reader, especially when written by a writer with as much snark as Lemony Snicket.

The Netflix show is an AMAZING adaptation that is word-for-word taken from the books, with each of the thirteen split into two one-hour episodes.  Every other book-to-screen adaptation ever made needs to take notes, because this one did it right.

These are books published by Disney, but don’t think for a moment that they are simply children’s books!  These books take a “what if” approach to Disney movies, spinning around one little detail that would have made a villain win.  What if Sleeping Beauty didn’t wake up?  What if Jafar got the lamp first?  What if Shang was critically wounded in battle?  If you can imagine why any of those would turn out bad and are intrigued, this might be the right series for you.

These books don’t need to be read in any sort of order, as they are all independent of each other.  I am currently reading the Mulan one and it is a fun read so far with lots of interesting twists and turns.  I’m a sucker for villains, and Disney villains have always intrigued me.  The “what if” element really sold me on this series, as it literally ponders if one small detail were changed, how would that change the course of the movie for our Disney princesses and heroes?

Not gonna lie here, I haven’t actually read this series, but my best friend read it last year and loved it so much that she is already rereading it now.  She sings its praises on a regular basis, so I had to include it on the list.  There are eight books in this series, following a female assassin living in a kingdom full of tyranny.  The main character, Celaena, is a kick-butt female protagonist that doesn’t take poop from anyone.  My best friend summed up the series with the following two lines from the book, which pretty much sold me to read it as soon as I’m done with the books currently in my pile;

“My city is fireproof.”

“Yeah, but your people aren’t.”

I will warn you, these are some long books, with the last one clocking in at around 1,000 pages.  With eight total books in the series, it’s a commitment for sure, but my bestie swears they’re worth it, so take a look and see if you like them!

This is a book series that I am absolutely in love with, as it’s basically the only nonfiction that I will gladly spend money to collect.  The series is written by psychology professor Travis Langley, who has combined his loves for the fictional world with his love for the real world inside our heads.  He dissects villains and the mental disorders they may have, he takes a look at how psychology affects survival against the walking dead, explores Batman’s trauma, and many more!

If you have an interest in psychology and are a fan of pop culture, I can’t recommend this series enough.  I have learned so much that I’m able to relate through characters I already know about, so it’s really a win-win if you like to learn new things in an easy way!

Bonus: Each book is available on Thriftbooks for around $4.  You’re welcome.

If we’re talking about books to read, I had to put the book from this year’s TxWes Reads on the list.  Maybe you’ve already read it this year, or maybe you’re looking for a great read but don’t want the commitment of a whole series.  The Book Thief is an incredible standalone book that will give you an amazing glimpse at history.  (The movie is incredible, as well!  Yay for great movie adaptations!)

Also, the narrator is death, which is really cool.  This one is coming up soon in my “to-read” pile, so I’ll be sure to update you guys once I get there.

I hope you found a new book or series to look at while browsing through this list.  If you have already read some of my recommendations and liked them, perhaps we have the same taste!  If so, leave a recommendation for me to read down in the comments.  I am always looking for new books to look at, and I love getting in book-ish conversations, so if you need someone to chat 1984 with, I’m your gal!

Check back tomorrow, Rams, as we look at my favorite time of day to read!