Take a deeper dive into the history behind Dan Waggoner Hall 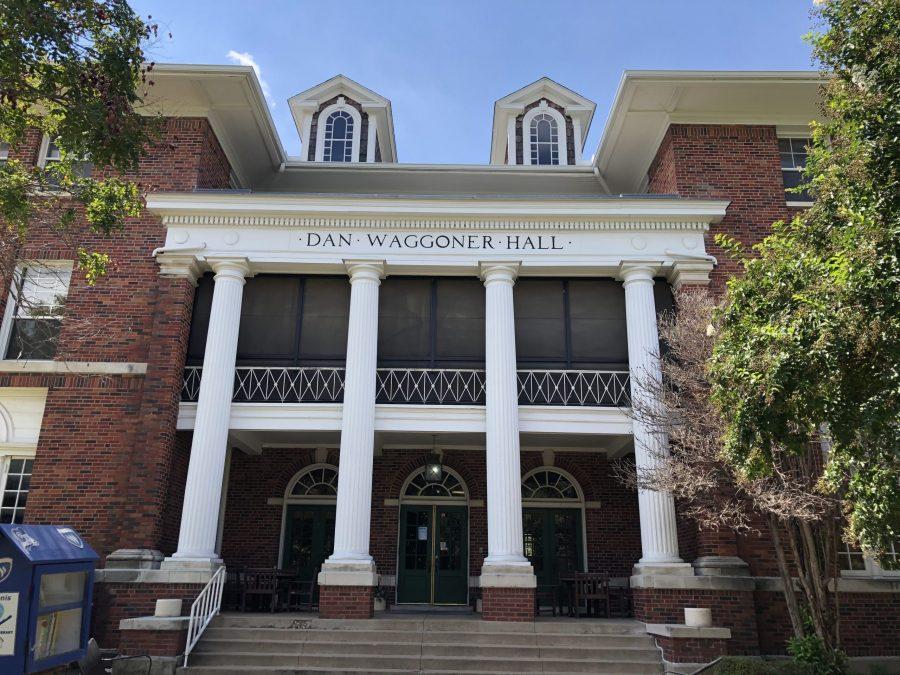 You hurry down Avenue D to try and get to class on time; the sun beats down on you from overhead causing sweat to run down your back. You ask yourself why you did not skip class today, when you could have stayed in the air-conditioned comfort of your own home.

Finally, you arrive at your destination: Dan Waggoner Hall. This building has four bright white pillars and a green front door. You walk up the five steps and then you feel the sweet bliss of cool air on your forehead, and all thoughts of skipping class vanish from your brain. Instead, you take in the air from the building around and you begin to appreciate the floor creaking under you and the lovely, musty smell that all old buildings seem to share.

Students tend to go to class and not even think about the history, or, even much about the building that they attend their language classes in every fall, spring and summer semesters.

Senior and EC-6 bilingual education major Julia Pulgarin, said that she enjoys having classes on the first and second floor, but not the third because there is no elevator, and it is a long way up the stairs.

“I [am interested in learning] more about the history for Dan Waggoner Hall,” said Pulgarin.

Dan Waggoner Hall, or as some students call it, the language building, was built in 1917 after Daniel Waggoner’s second wife, Ann, donated the money to build and requested that the building be named after him.

The building was used as a dormitory until the 1970’s when it was remodeled for the first time and repurposed as office spaces. The building was again remodeled in 1999 and used as the new home for the School of Education.

“As a transfer, I was surprised that the history of the Dan Waggoner building was not something that was covered [in the tour]. Especially given that you can tell it’s an older building on campus and I have a want, as I’m sure other students [do], to hear the history and the background of the building,” said Shannon Mata, a junior exercise science major.

Daniel Waggoner was a rancher who was born on July 7, 1828, in Lincoln County, Tennessee and eventually moved to Texas sometime in 1848 and met his first wife, Nancy, who passed away shortly after the birth of their first son, William Waggoner.

“[There’s just] something about the Waggoner building [where] you can feel the history as you walk inside,” said Aileen Chavez, a junior.

In 1883, he built the Waggoner mansion that he named ‘El Castile’ in Denton, Texas, as his family’s main residence.

Waggoner died in 1902 from kidney disease. At the time of his death, he owned 520,000 acres of land, and about 80,000 cattle. The Waggoner ranch became the second-largest ranch after the King ranch.