The panel, which addressed social issues and representation in the Latino community, was held at Martin Hall.

“It’s important to know Latinos are more than just a month, not only by our contributions, not only by our historical significance but by everything that makes Latinos who they are, who we are as a community, as individuals, as a collective group,” Rodriguez said.

Ordex-Ramirez, a Wesleyan graduate, discussed why the administration hasn’t been able to target the Latino community and how the community can collectively push back. One example she talked about the was the Texas State Legislature passing Senate Bill 14, regulating the types of voter identification cards that can be used to vote.

The Latino community is affected because the majority of them are part of the working class, she said. She suggested pushing back on these matters by contacting legislators, finding out who is in charge, writing letters, making phone calls, or contacting United Fort Worth to help.

“And if that still don’t work, the best way to push back is you get out and vote. That’s the biggest pushback,” Ordex-Ramirez said.

Perez said Latinos should not only be important during the election season, and that he’s “sick and tired of politicians pimping us (Latinos) out to get the Latino vote.”

He said neither of the parties are made for Latinos and if they were for Latinos, why are the Latinos still facing the same issues within their community?

Arreguin said she’s constantly talking about fighting the system on her podcast.

The panelists also discussed the rise in popularity of the Latino culture in America, and resisting assimilation.

Andrade said these new fancy Mexican chain restaurants aren’t made for her, nor were they meant to serve her.

“[They] are for white people to be comfortable in,” Andrade said.

Valderas discussed being informed on these new chain restaurants and to advocate for local Mexican restaurants.

“It’s important to support these taquerias that are around here especially in the gentrifying  neighborhoods,” he said.

“I thought it was very informative, it really opened my eyes to the different issues that the Latino community faces,” Ramirez said.

Ramirez said she learned to embrace her culture and to not be afraid to show the world who she is. 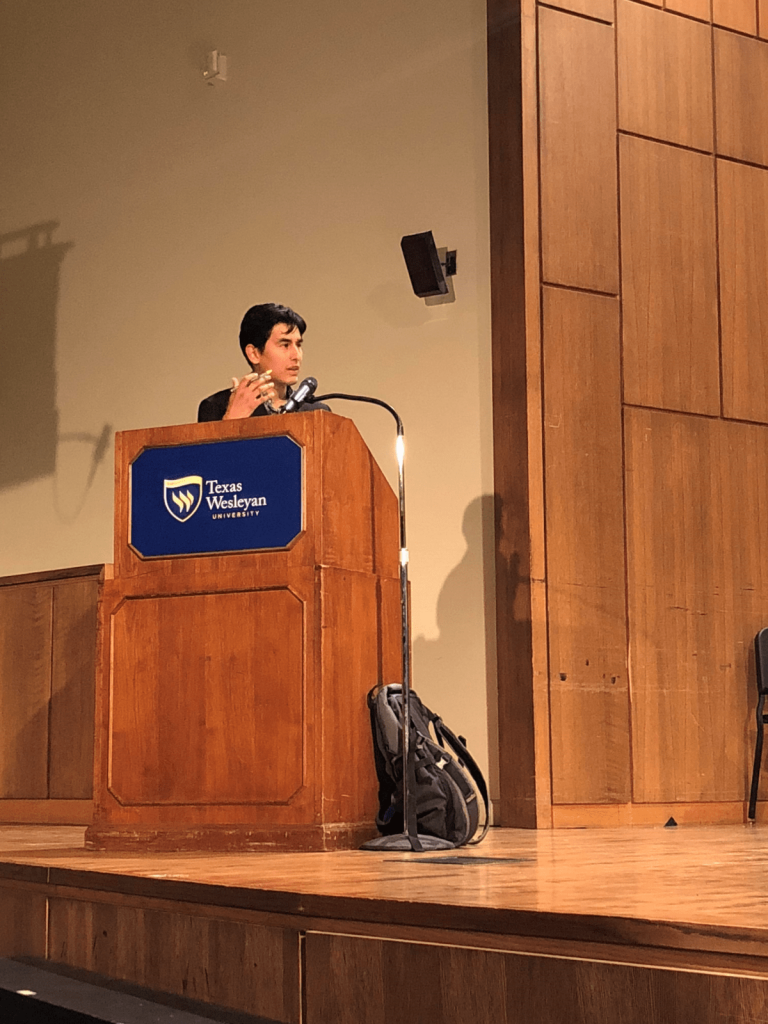 Jacinda Chan is junior at Texas Wesleyan University majoring in mass communication. She is from Fort Worth and attended North Crowley High School. She has been playing golf since the age of nine and received a golf scholarship to attend Texas Wesleyan in the fall of 2016. This is her second semester as a content producer for The Rambler. Jacinda has yet to determine what life offers after graduation in the spring of 2020, but hopes that working for the newspaper will lend clarity to her future pursuits. Golf and a full schedule dominate much of Jacinda’s time during the semester. On her time off she likes to follow her favorite musical group, Monsta X, around the world. This summer she plans to attend a concert of theirs in Korea.