Dr. William Cook, author of “Two and a Half Men Named Francis; The Saint, the Pope, and me,” discussed the life of Saint Francis and how we should input those principles into our daily lives on Monday.

Cook spoke at the annual Willson Lectureship, which was hosted in Lou’s Place at noon and co-sponsored this year by Texas Wesleyan’s Hatton Sumners Scholars, according to txwes.edu

Cook is a distinguished teaching professor of History Emeritus at the State University of New York Genesco. He has studied Saint Francis for more than 40 years, starting in 1971.

He said that when Pope Francis, or Jorge Mario Bergoglio, was elected to office, he became very interested in why he had chosen Saint Francis as his name. Once Pope Francis began his acts of kindness, Cook realized the reasons for his choosing.

Saint Francis, Cook said, saw all animals and humans, no matter how ugly, to be his brothers and sisters in Christ. He showed kindness and empathy to all that he encountered. Pope Francis does the same when he encounters leaders of other religions and the poor.

Cook said that he wants people to think about what it really means when we say want to be like someone else. He says that he has taken being like Saint Francis to heart through the Bill Cook Foundation, which he created.

“We have to step out the world’s values and try to live our lives out by what we understand to be Christian,” Cook said. “That is why I learned from Francis.”

Anahita Keer, SGA treasurer and sophomore biochemistry major, said she enjoyed Cook’s lecture. She thought the lecture was easy to follow and liked how he connected an ancient friar to the current pope.

“His speech was very easy to understand even if you were someone who didn’t really have a history background could catch up to what he was saying,” Keer said. “I had no idea Saint Francis was that impactful or that he had any effect on diplomacy.”

“I enjoyed learning more about Saint Francis,” Plocica said. “I’ve always heard that Saint Francis was interested in serving the poor and this speech affirmed that for me.” 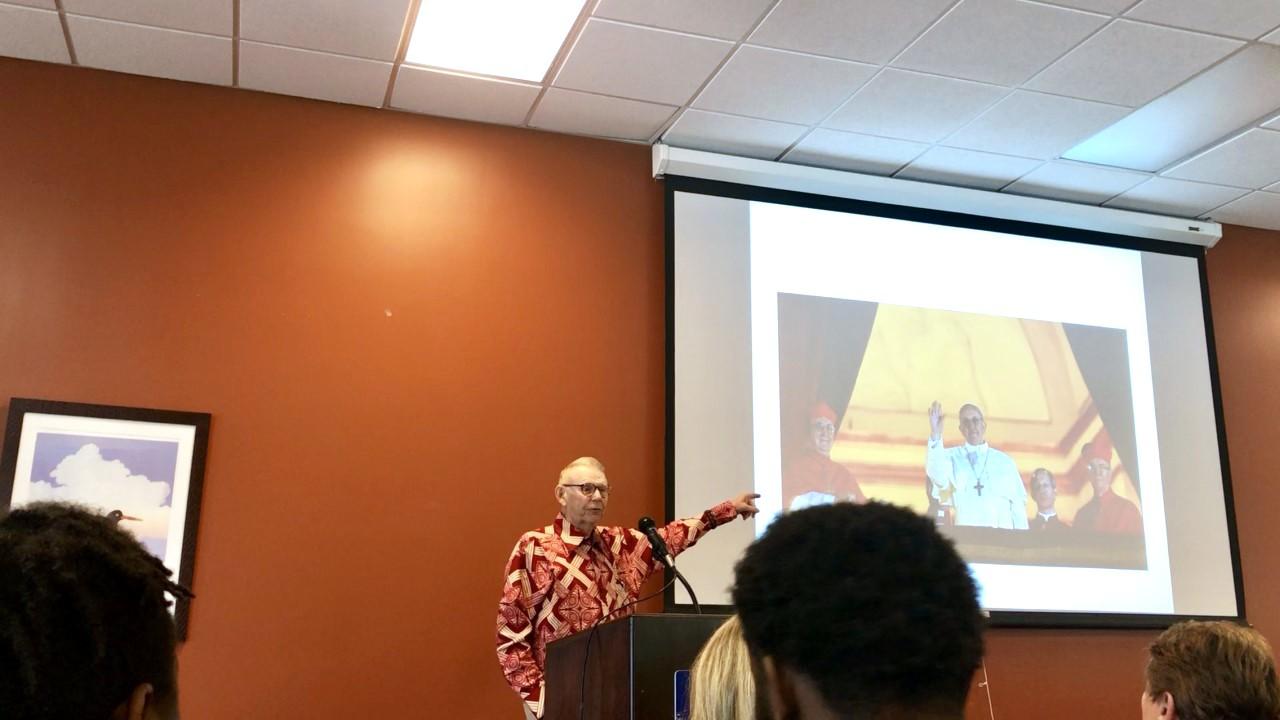 Dr. William Cook discussing Saint Francis and his legacy in Pope Francis in the Willson Lectureship on Monday.
Photo by Mallory Marks 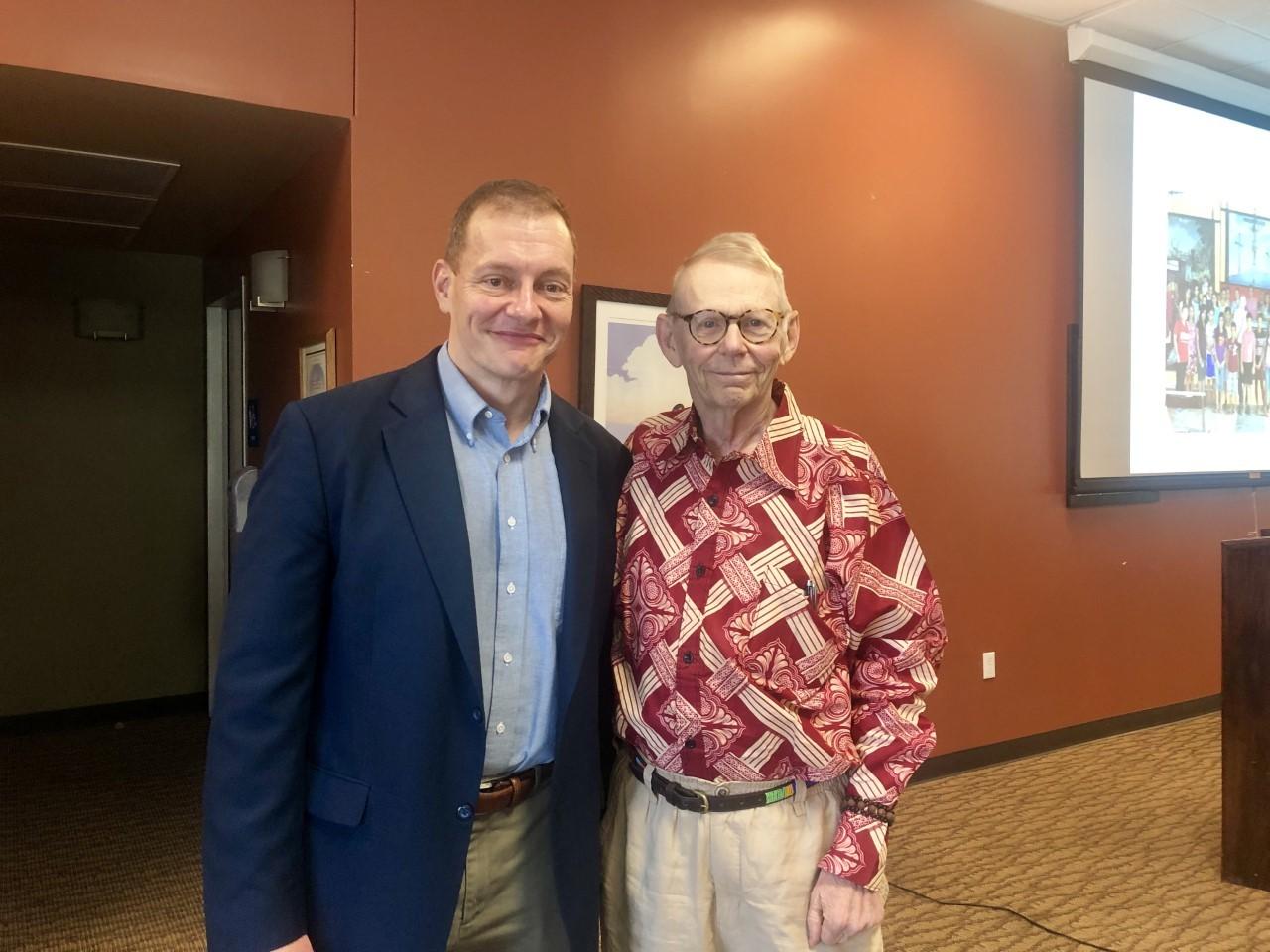 Dr. Christoper Ohan (left) and Dr. William Cook pose for a photo after the Willson Lectureship on Monday.
Photo by Mallory Marks