Tabatha Hogan sang her heart out to Adele’s “Rolling in the Deep” at RamJam on Wednesday, thanks to live karaoke provided by Sigma Alpha Iota, a music fraternity that she is involved in.

“I’m here supporting SAI and we decided to put on a live karaoke event so I thought well, the crowd’s a little damp so why don’t I get up there and sing a song,” said Hogan, a junior music education major, following her performance.

RamJam, held in the Brown-Lupton lobby, was packed full of students and partner organizations, including PSI-CHI with their “positivity challenge” table where students were encouraged to write down something positive about themselves or to go make another person smile.

Another organization focused on community and personal growth; Delta Sig had a water pong table set up for students to play.

“We know that in society men are basically seen in a very negative way,” Rodriguez said. “Guys are seen as predators or violent, and we hate that impression because we aren’t like that. What we’re trying to focus on is making men more human.”

Matt Dawson, 23 and a professional balloon artist for 14 years, said RamJam was different than his usual crowd, but it was nice to be around people his own age for a change.

Mavs Gaming also had a table set up through their relationship with the TXWES Esports Program.

Isaac Arrington was contacted by Jacob Chesney and Eugene Frier from the program after the recent Overwatch tournament in the Mavs Esports facility in Dallas.

“We’re talking to people, trying to get people to know that we have esports facilities and we’re trying to do some things on campus eventually down the road and we have some fun things going on here,” Arrington said.

Earlier on Wednesday, Tamlyn Wright was the morning keynote speaker.

She spoke about her experience at Wesleyan and the Emmy-winning career that followed.

“For the four years I was here (at Wesleyan) I was aspiring along with other students in the program,” she told around 100 students and faculty at Martin Hall. “We were challenged to challenge each other while still given the supportive aspects of our major.” 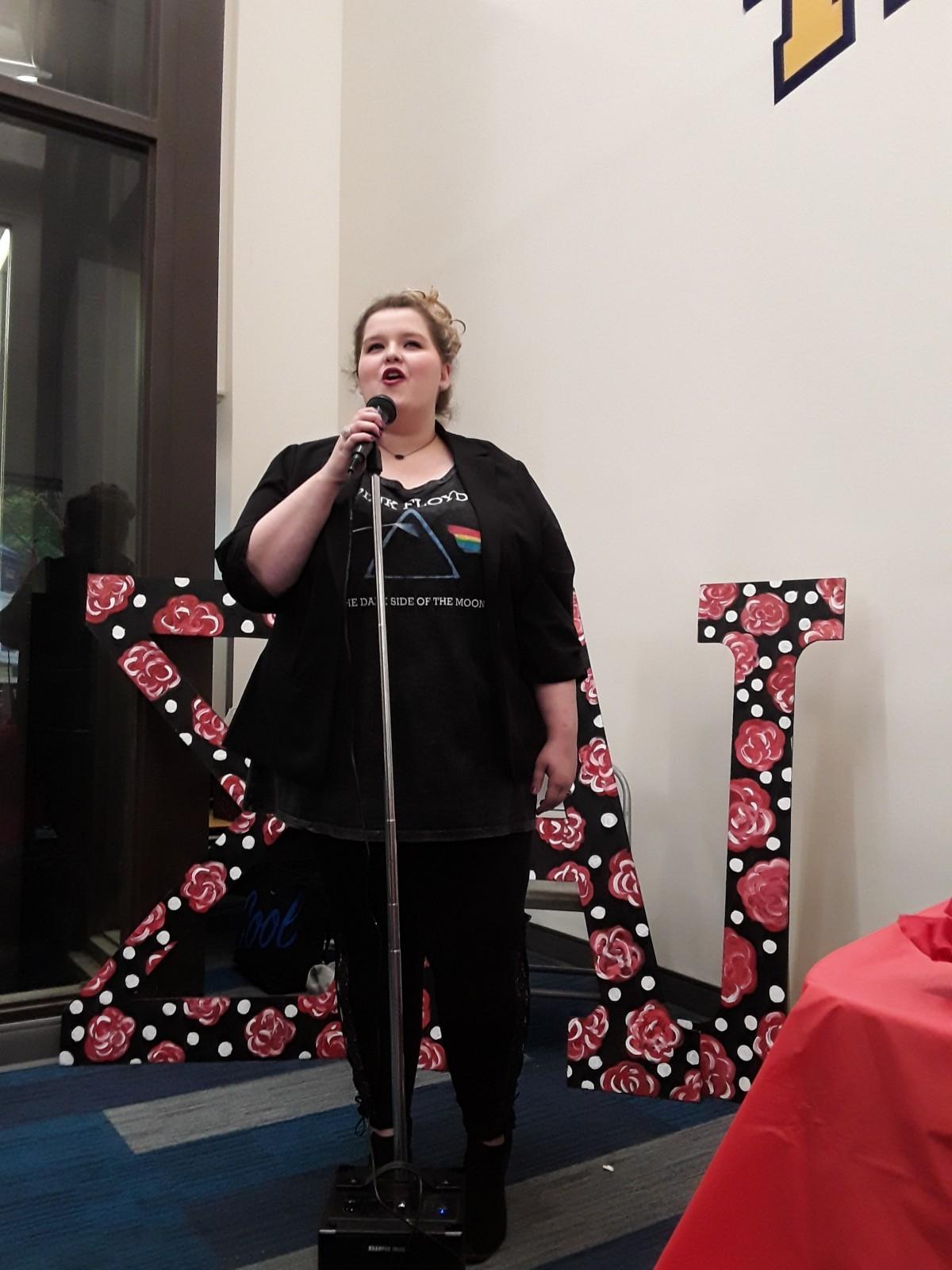 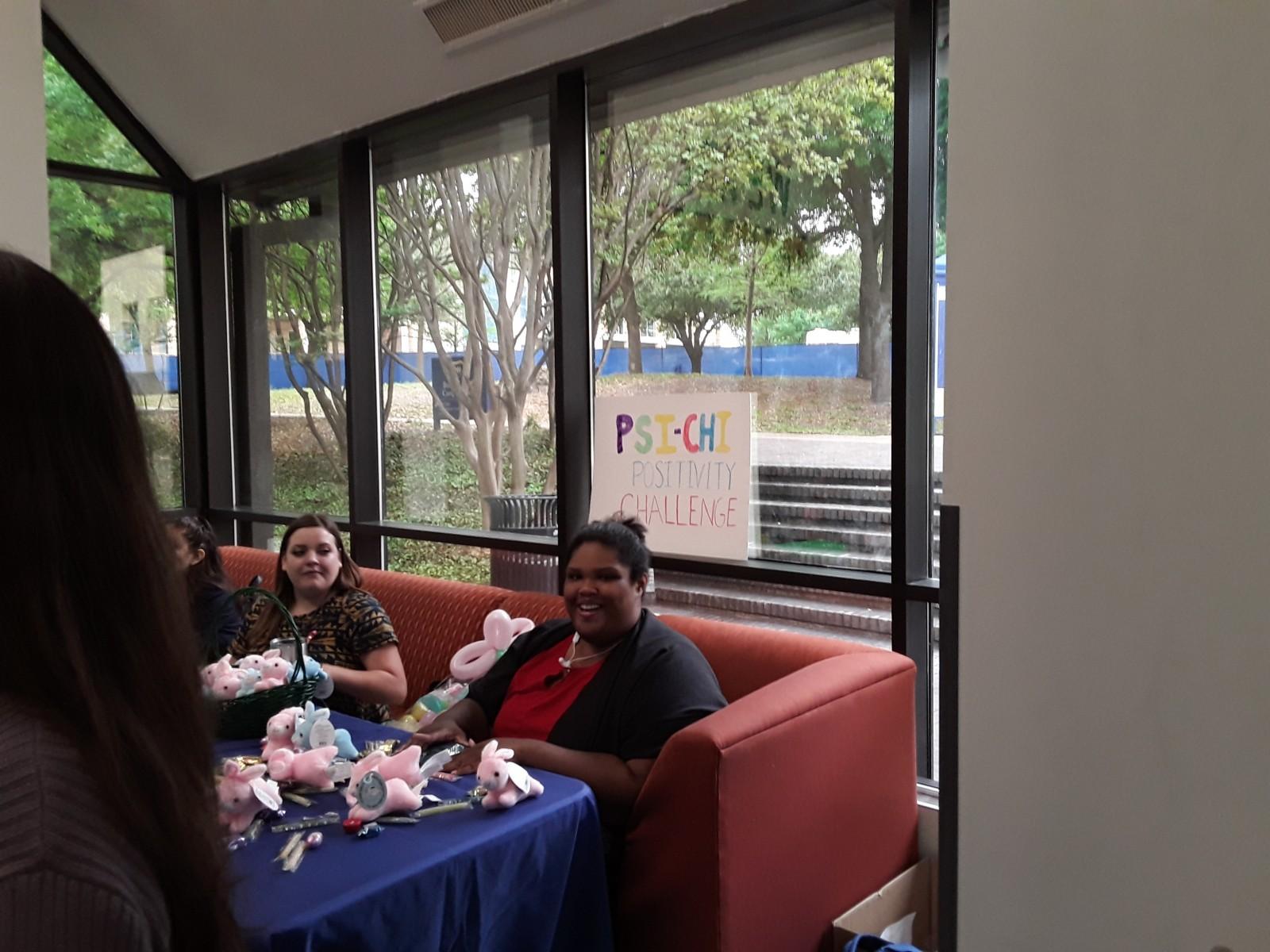 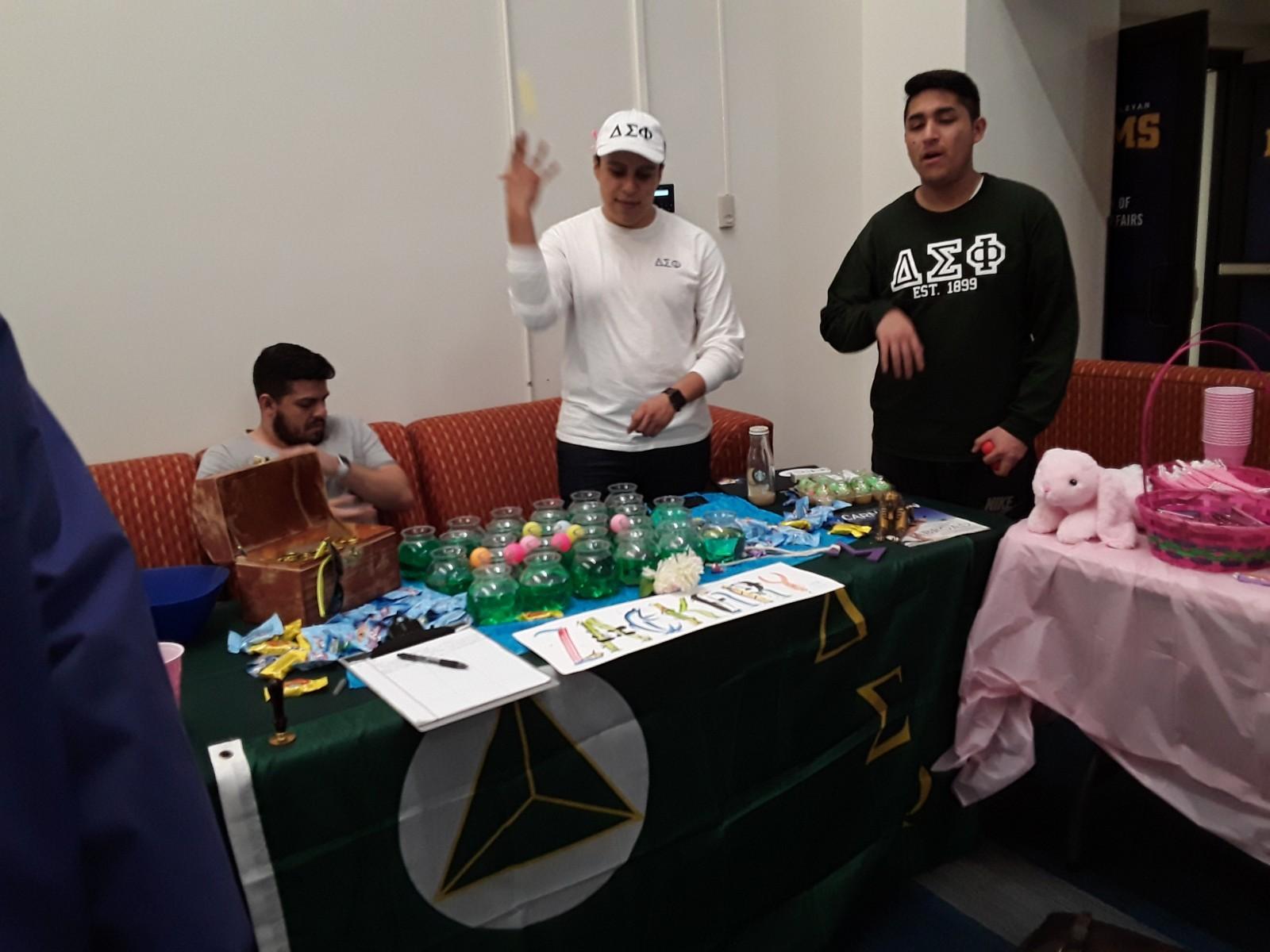 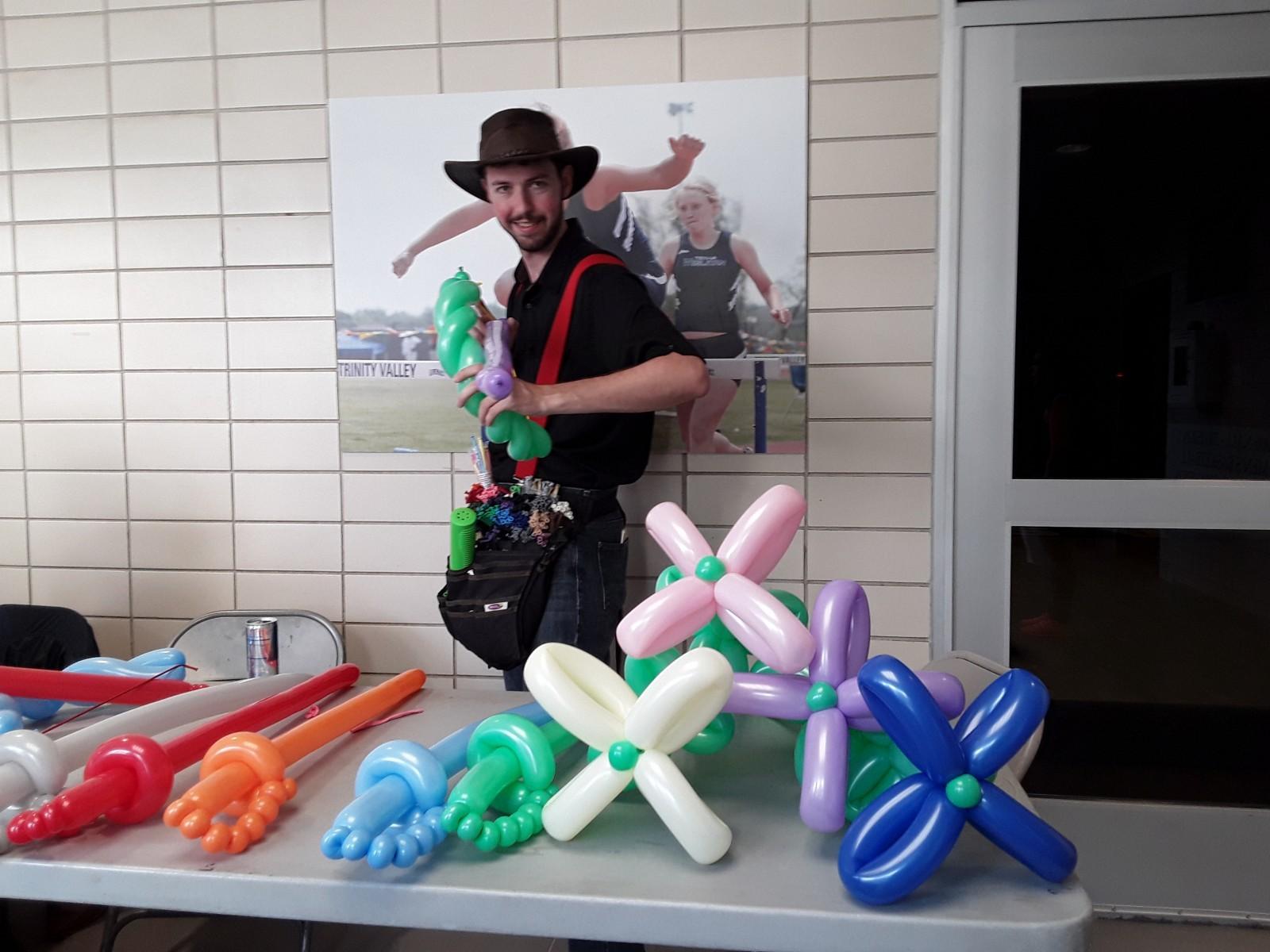 Matt Dawson poses with some of the balloon art he made at RamJam.
Photo by Elizabeth Lloyd 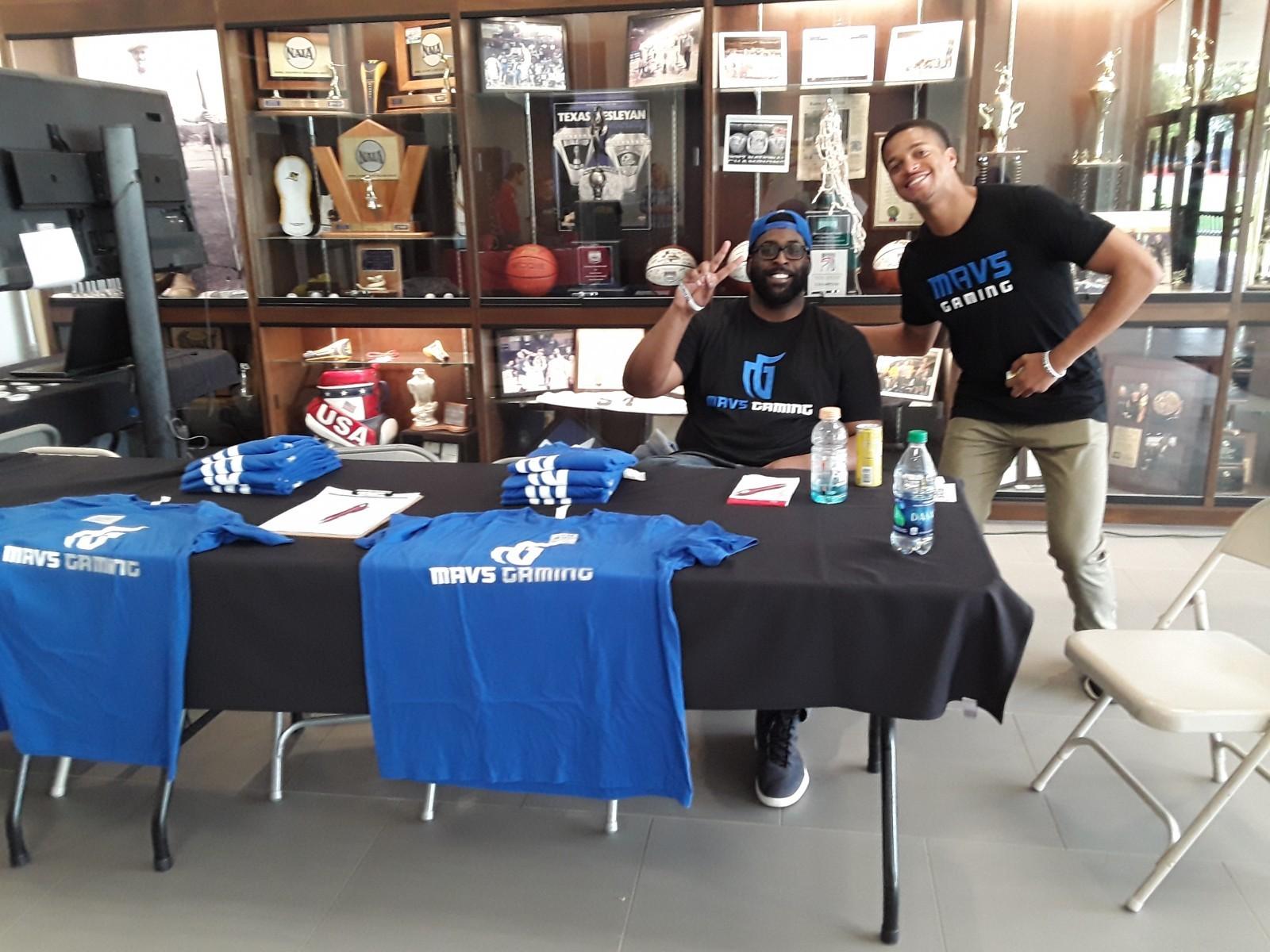