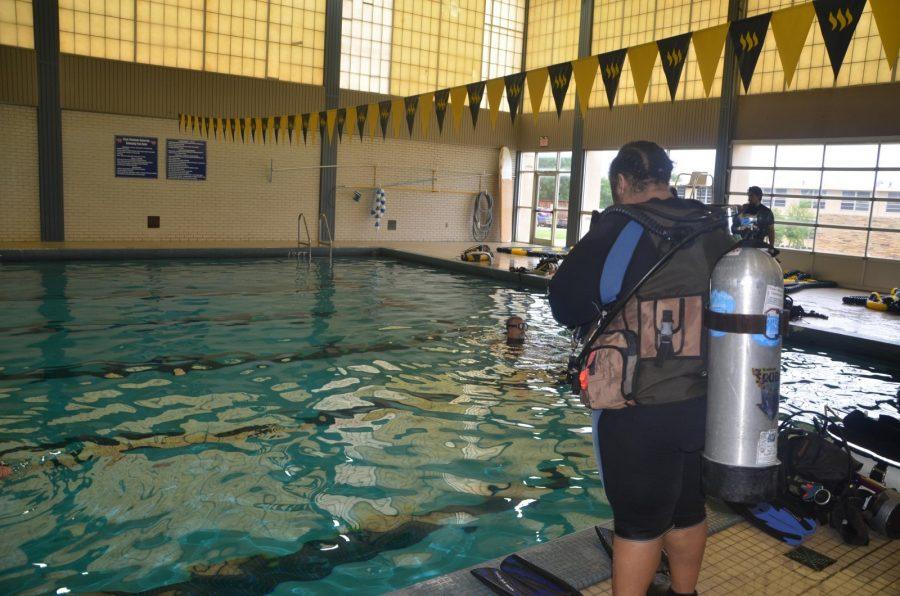 Ben Hebron and David Owen both graduated under 10 feet of water during the 10th edition of the ceremony, which was filmed by an underwater camera and seen by family and friends via a screen.

Hebron, a criminal justice major, said he was inspired to get his degree from William Rucker, the head of Wesleyan’s scuba diving program.

“I’m excited about graduating underwater,” Hebron said. “There are not very many scuba programs around and this is one of the things that really makes this program stand out.”

Owen, a business major, said he specifically chose to attend Wesleyan because of the scuba program.

“When I was first looking at Wesleyan and say scuba, I thought, great,” Owen said. “But then I found out that I get to graduate underwater and it was like a cherry on top.

“I came into the program as a certified dive master, so I continued to my instructor certification.”