The men’s basketball team was eliminated from the Sooner Athletic Conference Tournament Tuesday night with a 98-96 loss to the University of Science and Arts.

“Our effort was not there in the first half,” Daniels said.

The Rams’ current overall record is 21-9, according to ramsports.net. The team has qualified for the NAIA National Tournament, which is March 18-28 in Kansas City. 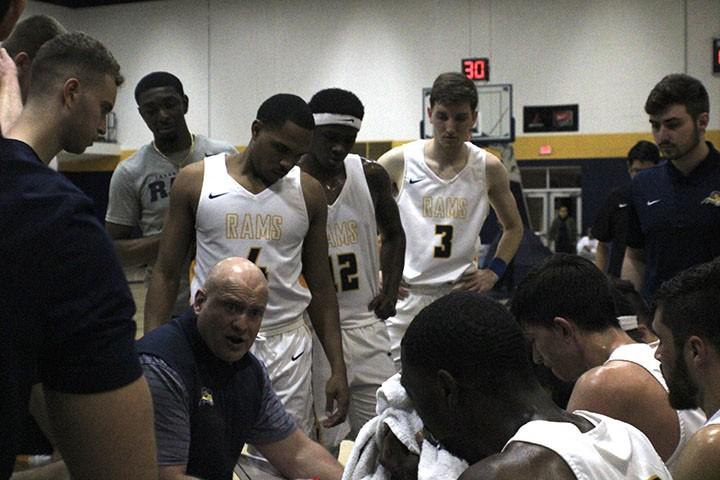 Head coach Brennen Shingleton talks to his players during a timeout in the second half of Tuesday’s loss to the University of Science and Arts.
Photo by Lexi Barlow

The women’s basketball team was also eliminated from the SAC Tournament on Tuesday with a 75-80 loss to Mid-America Christian University (Okla.).

Guard Marshall Calvin thought he did a good job on passing the ball with his teammates.

“I thought I did pretty well defensively, thought I was a good team defender,” Calvin said.

Calvin thought the team could improve by being more aggressive on the court.

Guard David Shepard said he contributed a lot of energy to the court but thought the team lacked communication.

“We could have communicated better with each other,” Shepard said. “We had a couple mistakes down the game and it kind of hurt us at the end cause we weren’t talking to each other. We gotta approach the game ready to kill, ready to play, and ready to win,” Shepard said. 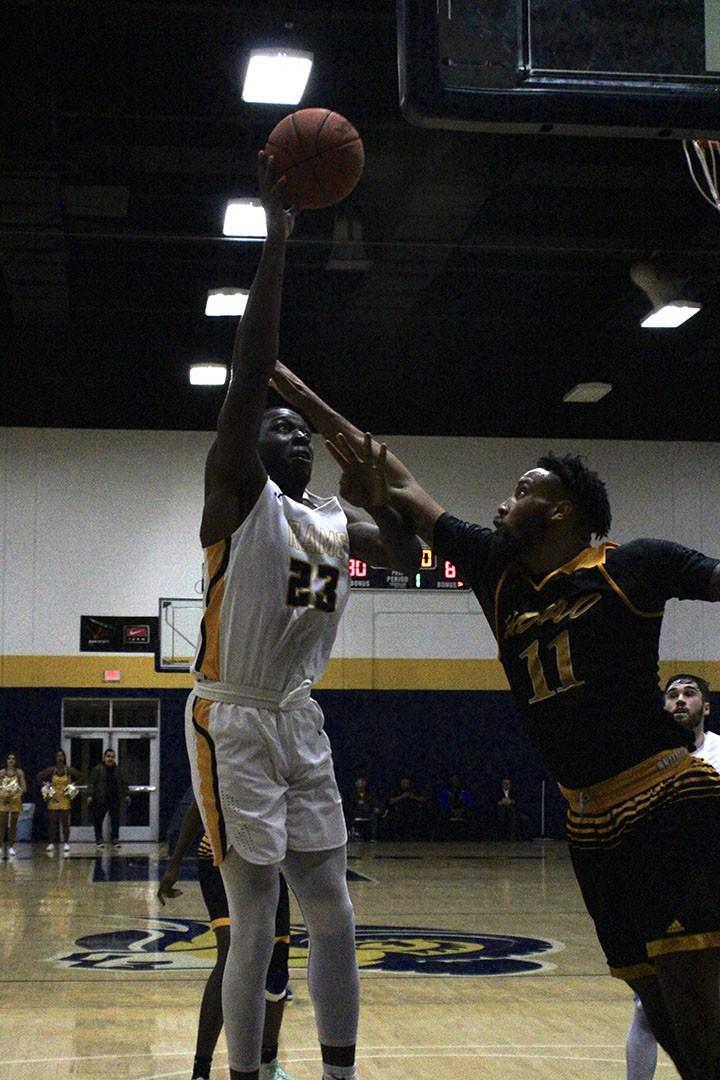 Akeem White shoots over an opposing player in the second half.
Photo by Lexi Barlow