Just before midnight on Tuesday, water began to slowly flood some of the residential rooms in Elizabeth Armstrong Hall due to the main sewer line being clogged, according to Executive Director of Facilities Brian Franks.

“The sewer was clogged at Elizabeth Armstrong Hall due to an excessive amount of wipes, like wet-wipes, being flushed down the toilets,” Franks said.

Freshman Briana Cortez was in Elizabeth when all the flooding occurred and said the flooding had affected both the bedroom and the bathroom.

“What we saw last night was just nasty and putrid, the smell was horrid,” Cortez said. “We looked down into the shower and there was this mucky green gunk backing up with green water.”

Cortez said that the flooding was so severe that, when facilities first arrived, all they could do was offer somewhere else to spend the night.

“The best they could do was give a temporary room and told us to take some personal possessions for an overnight stay or two,” Cortez said.

Theatre major Ryan Simon said the flooding inconvenienced him throughout the night when all he wanted was a simple trip to the restroom.

“There was a point in the night where I was up late doing homework and had to use the bathroom, but because my bathroom and the community bathroom’s plumbing was malfunctioning, I had to walk to the theater,” Simon said.

Despite his trek to the theatre, Simon said that his night was just one of annoyance when compared to others.

“My roommate leaves his toiletries on the floor of the shower, he will now have to replace half of that,” Simon said. “Personally, it was more an annoyance than anything.”

The problem didn’t last long since facilities was able to get to the scene and solve the issue quickly.

“It was cleaned overnight. The plumbing started working again this morning, and my shower had drained by 3 a.m.,” Simon said Wednesday.

Franks also noted that facilities workers were there as soon as they could be to solve the problem for the students living in Elizabeth.

“Facilities was notified at approximately midnight and the sewer clog was cleared by 2:30 a.m.,” he said. 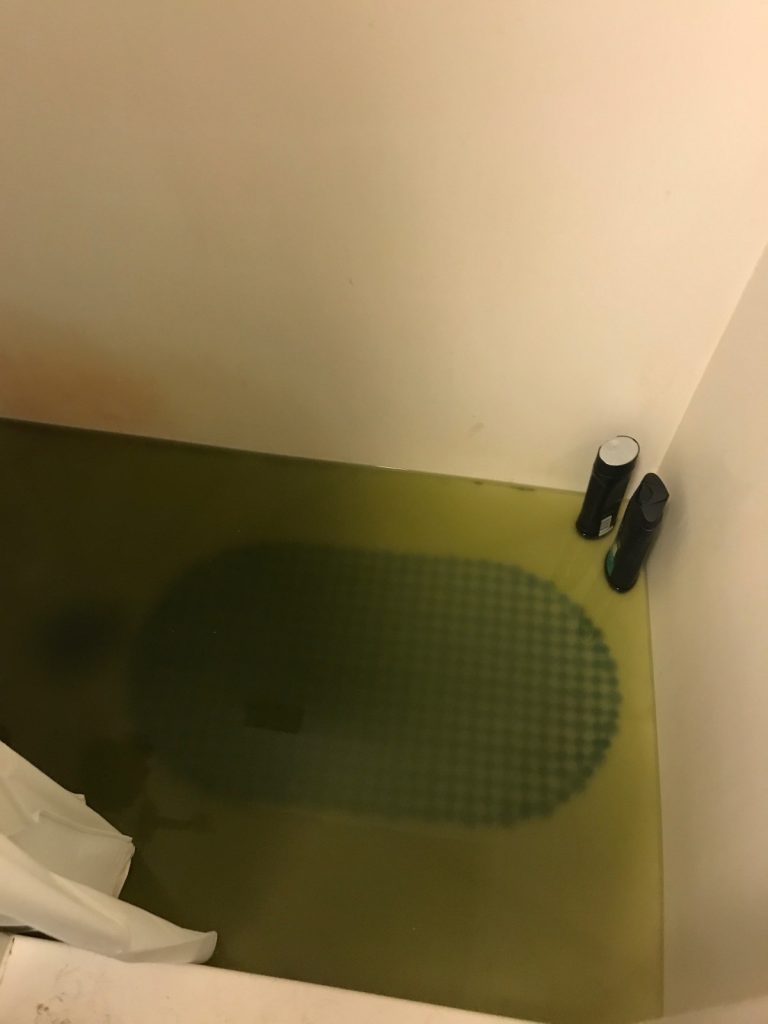