Texas Wesleyan has a multitude of issues regarding the parking lots on campus.

These issues include a general lack of parking space for students, as Wesleyan is a commuter campus. There is also a lack of visibility of the parking lines in the lots, and although facilities hoped to repaint several of the lots last year, they could not do this due to the budget, Facilities Operations Coordinator Alyssa Cavitt told the Student Government Association earlier this month.

The pavement is severely bumpy and hard on tires. Wesleyan student Jonathan Dermott told SGA during a February meeting that he has had to replace two tires since attending classes at Wesleyan due to potholes, broken glass, nails, and other hazardous debris.

SGA is aware of these issues and is using its influence to improve the problem of debris in parking lot E.

The parking curbs in parking lot U are crooked and create too-tight spaces for the students who park in this lot. With so many students parking on the streets around campus, parking lines painted on the streets would be helpful.

Students are worried for their safety in the Wesleyan parking lots, as there have been multiple burglaries, including a student being robbed at gunpoint last semester in parking lot X. With fences, gates, lighting, and security cameras in parking lots U and X, this issue could be resolved.

Another issue students are facing is losing parking spots to the construction crew working on the Nick and Lou Martin Center. This can cut into students’ class time and their success in the classroom if they are late to class while trying to find an open spot.

The main issues regarding the parking lots are a lack of space, damaging pavement, lack of safety, lighting, and the need for additional security. Wesleyan is making great strides in adapting to the modern needs of modern students, such as online programs and more eating and lounging spaces on campus, but considering that Wesleyan is a commuter campus, these pressing issues regarding the parking lots must be addressed as well. 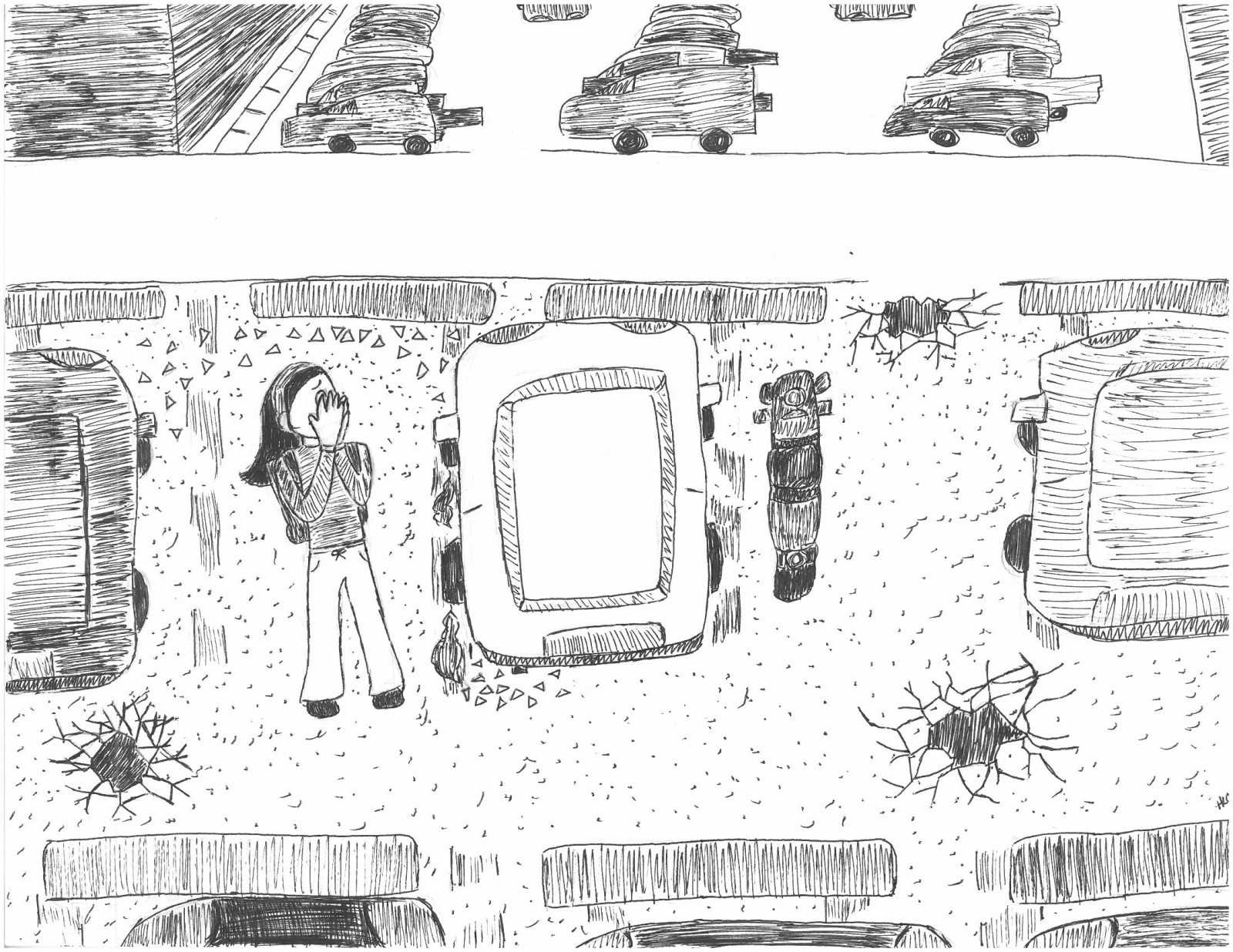 The main issues regarding the parking lots are a lack of space, damaging pavement, lack of safety, lighting, and security.
Cartoon by Hannah Onder

Be pro-listening in abortion debate