Monday was opening day at Ben’s Triple B: Biscuits, Burgers and Brews, and owner/chef Ben Merritt was very happy with the crowd the new restaurant drew.

“We’ve had lots of love and support from the school and community, and at lunch we had a line out the door,” Merritt said around 2 p.m.; there were still several people in line and people at the bar and in the booths.

And according to the patrons, the wait was worth it.

James O’ Neal, who saw advertisements for Ben’s via Facebook, had a Buffalo Chicken B.

Fredrick Williams felt the same about his Money B, which he gave a 9/10.

“The biscuit was really fluffy,” he said.

Although Ben’s is known for the biscuits, burgers, and brews, the salad menu is impressive, according to patron Vickie Smith, who had the Big Hass salad.

“It was great. I’m a dressing person and that lemon poppy seed was wonderful,” she said. 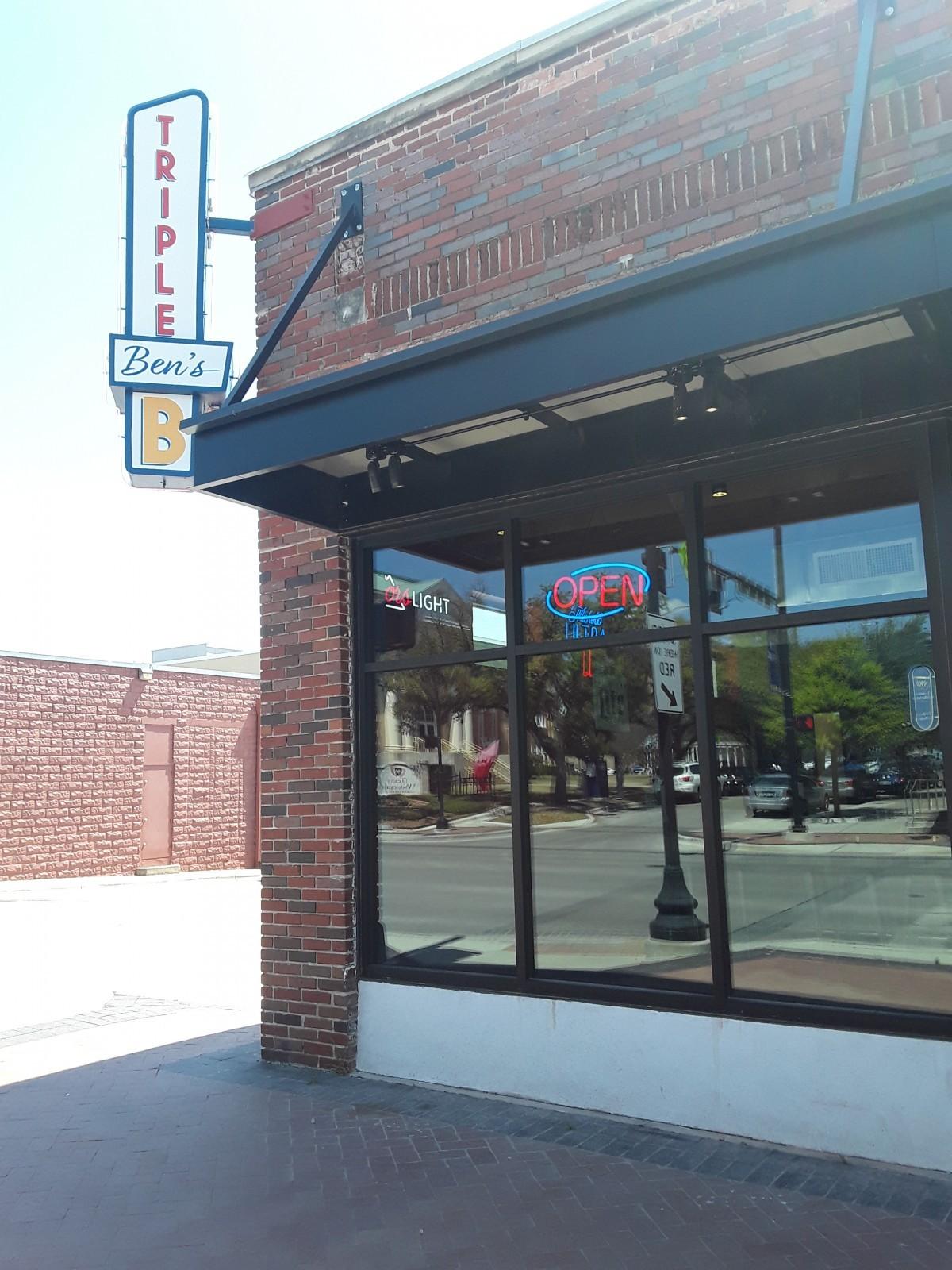 There was a large turnout for the first day of Ben’s Triple B.
Photo by Elizabeth Lloyd 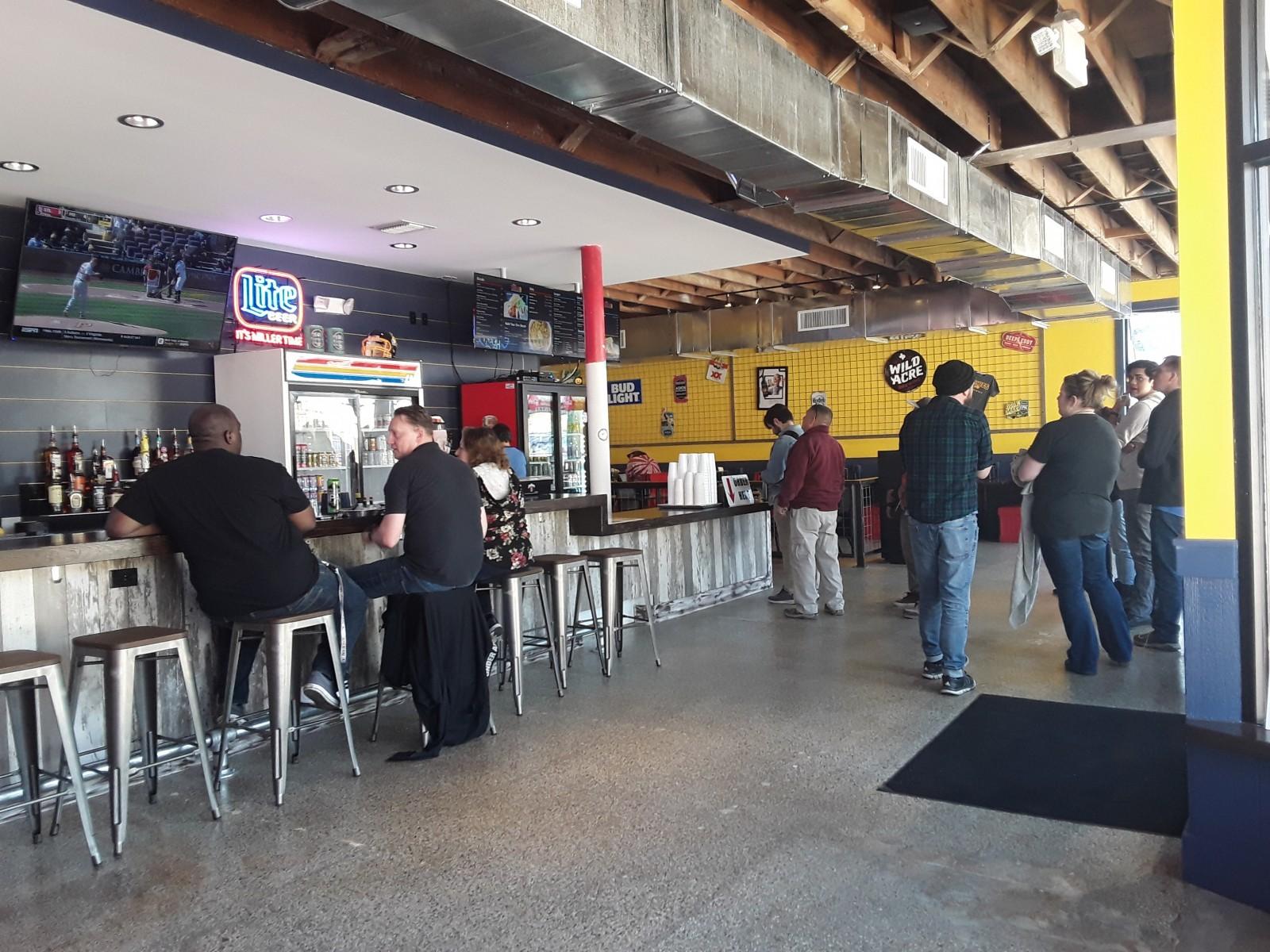 Fredrick Williams, James O’Neal and Vickie Smith (at left) enjoy biscuits, brews and a salad at the bar on Monday.
Photo by Elizabeth Lloyd 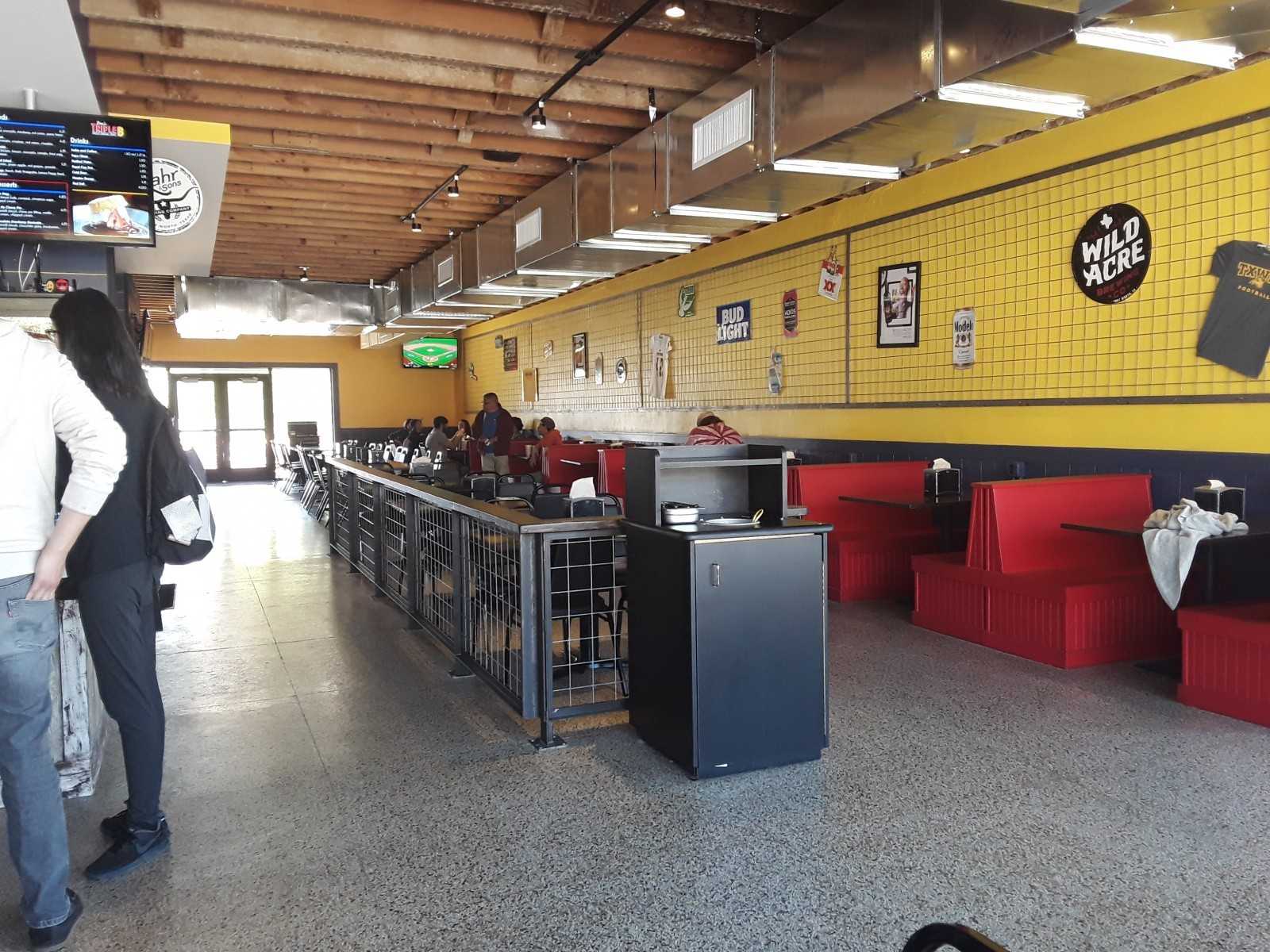 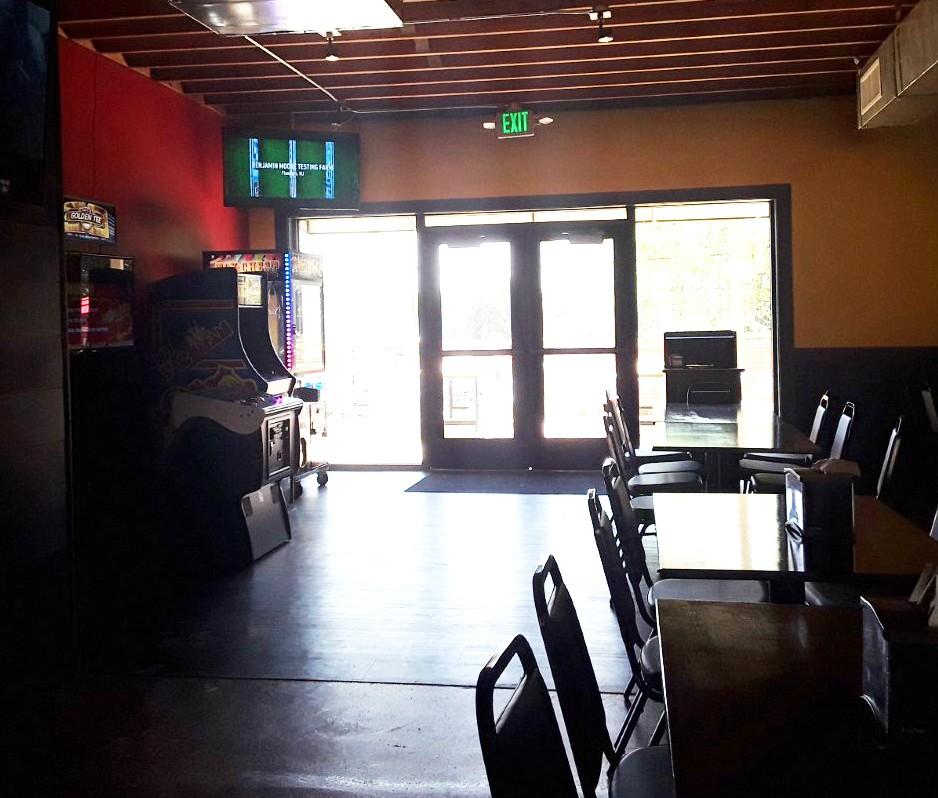 Old-school arcade games can be found by the back door.
Photo by Elizabeth Lloyd 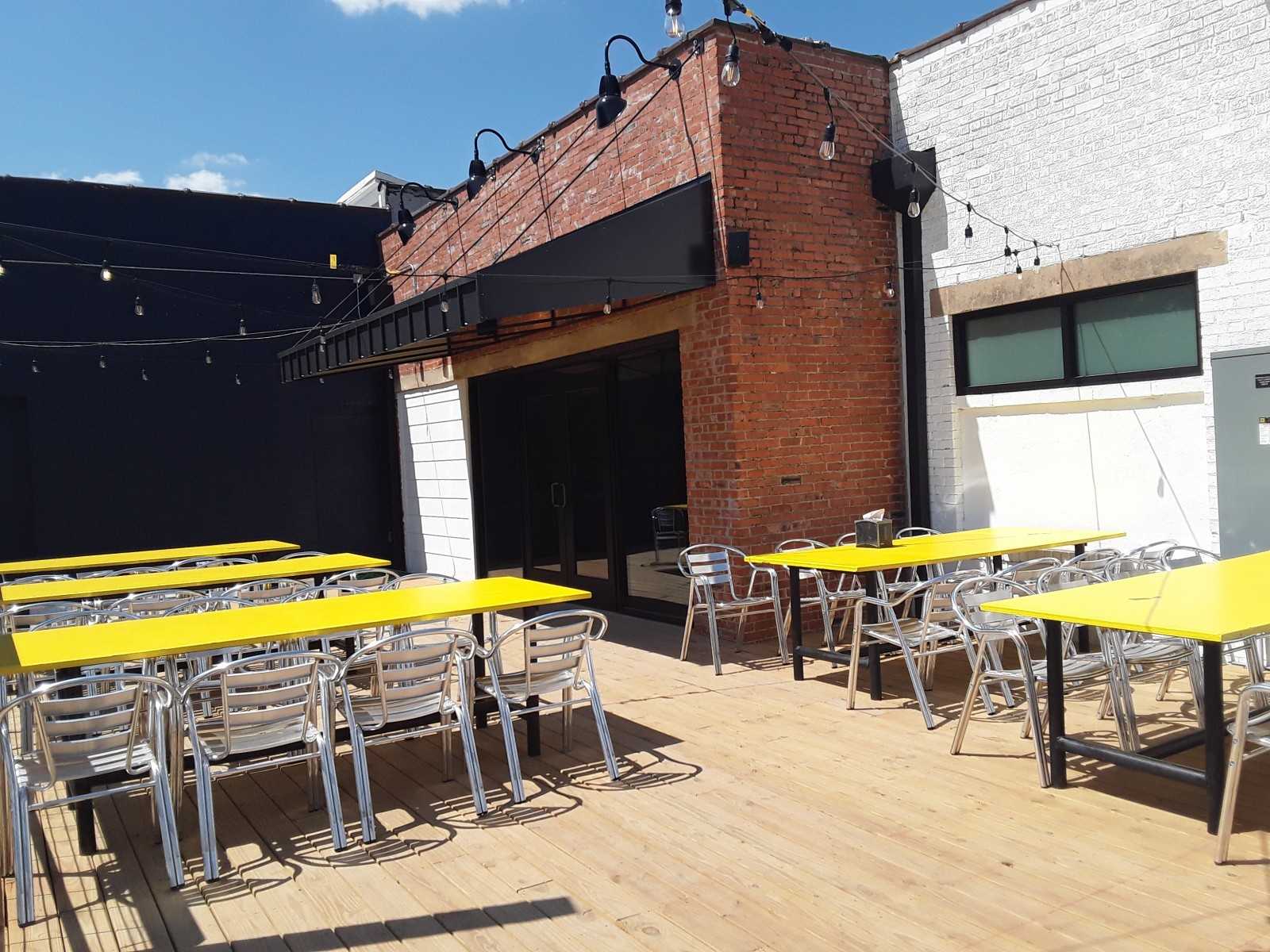 There is extra seating at the back patio.
Photo by Elizabeth Lloyd 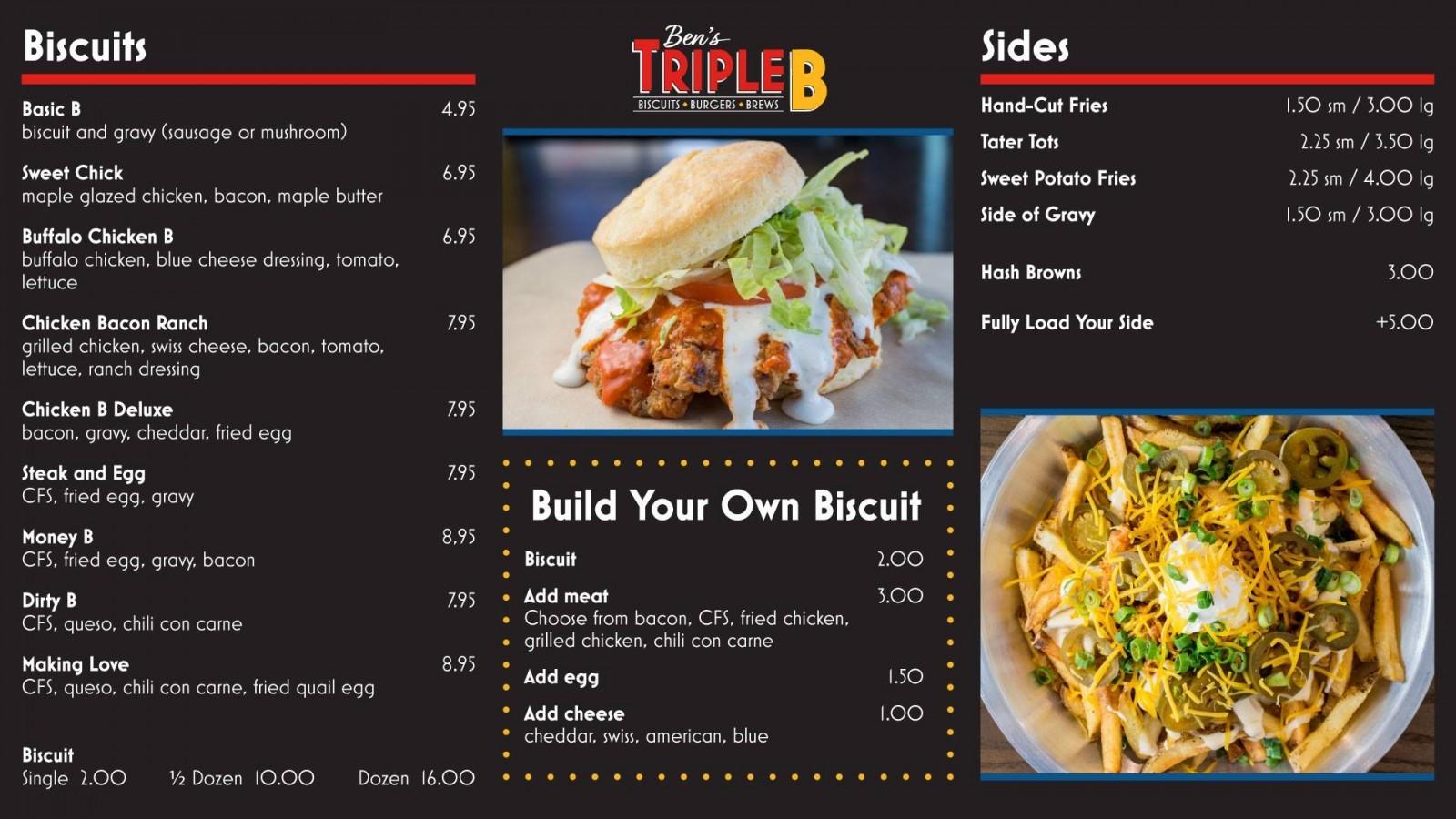 We were there tonight, its a great easy place to eat, close to home with fun menu and plenty of space. Biscuits are amazing, we had them with chicken fried steak and burgers, sweet potato fries, and salad, lots for 4 of us to munch on as we drank the craft beers from Panther Island! Parking in behind in their own lot and walk up through Patio. Walk up to counter to order, sit at the bar for a beer or Long Island Iced Tea which we heard are AWESOME! We’ll be back and we’re bringing our friends!

We went in on the second day of their opening. So happy we have a real restaurant now! Welcome! I am a Poly resident.

Should try to go there

You must visit the place.