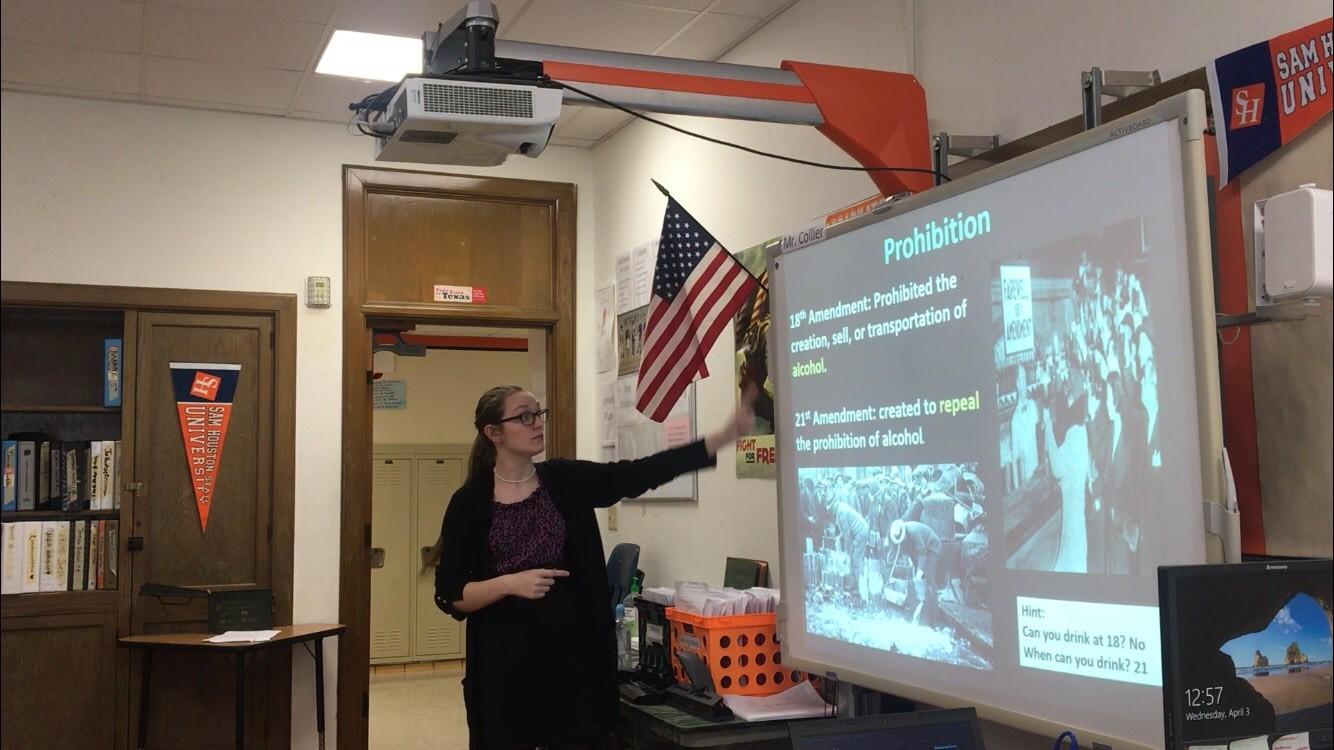 In the few years since history secondary education major Alanna James came to Texas Wesleyan she has grown from being shy and detached to a campus leader.

James was the director of Wesleyan’s Programming and Activities Committee, president of the Gay Straight Alliance, and historian of Mortar Board; she is a member of the history honor society Phi Alpha Theta and serves as a resident assistant in West Village.

When she first came to Wesleyan, James said, she was hesitant to get involved.

“I was only into academic stuff,” James said. “I wasn’t in any clubs. I was just hanging out in my dorm room most of the time.”

She said if she could go back to her first years in college, she would have been more involved.

“When I was younger I was always afraid to get involved with school clubs and events because I was really shy; I didn’t even go to Ram Camp when I got to Wesleyan because I was afraid that people wouldn’t like me, and I would be by myself the whole time,” she said. “Due to that fear I missed out on experiences that I could have look fondly back on and missed my opportunity to make more friends.”

James said being so involved on campus shaped her experience for the better.

“It’s helped me meet a lot of interesting people and I’ve gained valuable friendships through these organizations,” James said. “My organizations have also helped me gain a lot of skills and knowledge that I can apply to my future teaching.”

James is from Alvarado and said that if anyone from there saw her now, they would not recognize her.

“I am just so different from how I was in high school,” James said. “I was not involved in a lot of things.”

James said one of her proudest moments while being at Wesleyan was when she presented at a history conference held on campus.

“I thought I did terrible,” James said. “The air conditioner was broken, and I was stuttering.”

However, later that night, James received an award for her presentation.

“I never thought I was a good enough writer,” James said. “Even though it was a small award, I was happy.”

James was also instrumental in the free HIV testing event she held on campus for GSA where 15 people got tested. James said this was another great moment for her on campus.

“I am just one of those people where I like to promote safety and health on campus,” James said. “A lot of people don’t worry about getting things like that until it happens to you or someone close to you.”

James just finished her clinical teaching for her degree. She taught at the leadership academy in Forest Oak Elementary School and then at Polytechnic High School.

“I had some really amazing teachers and it just solidified my want to become a teacher and just my love of teaching history,” James said.

After graduating this spring, James will be back on the graduation stage in a year to receive her master’s in education as part of the fifth-year option in the School of Education.

James said not many women want to teach history; as one of the few that does, the mark she hope to have left on campus was that she was never afraid to speak up in class when covering topics that included the suppression of women.

“I was always known in those classes as the one who will talk if I feel that something is really sexist, or we are going in the wrong direction,” James said. “Even though I am not in those classes anymore, I hear other girls are also doing that and that is nice. Letting people know it is OK to do that even if other guys are making fun of you.”

Graduate Alanna James will be receiving her bachelor’s in history with secondary education in May but will be back on stage next year to receive her master’s.
Photo contributed by Alanna James 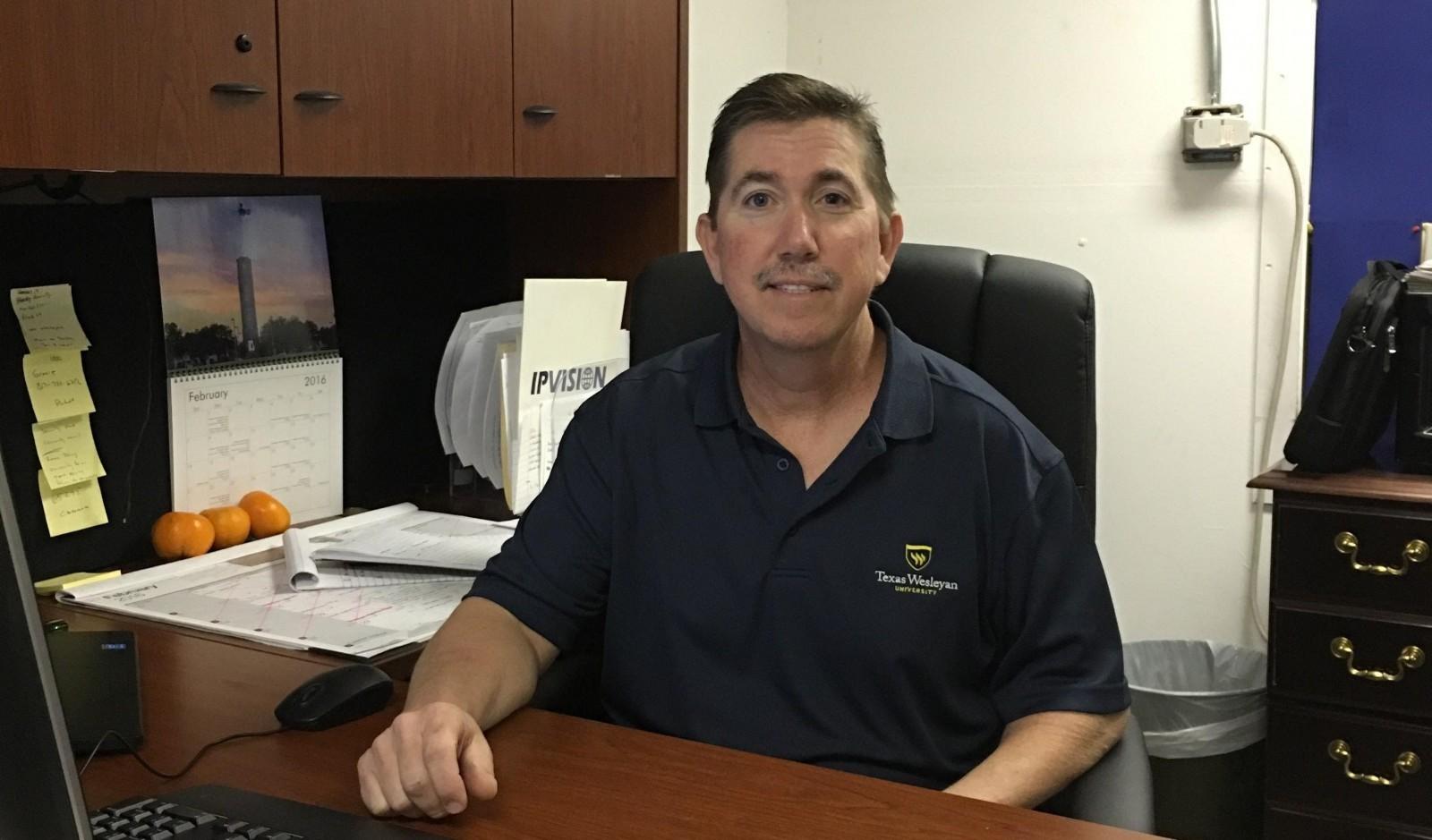 Ex-cop is new head of security 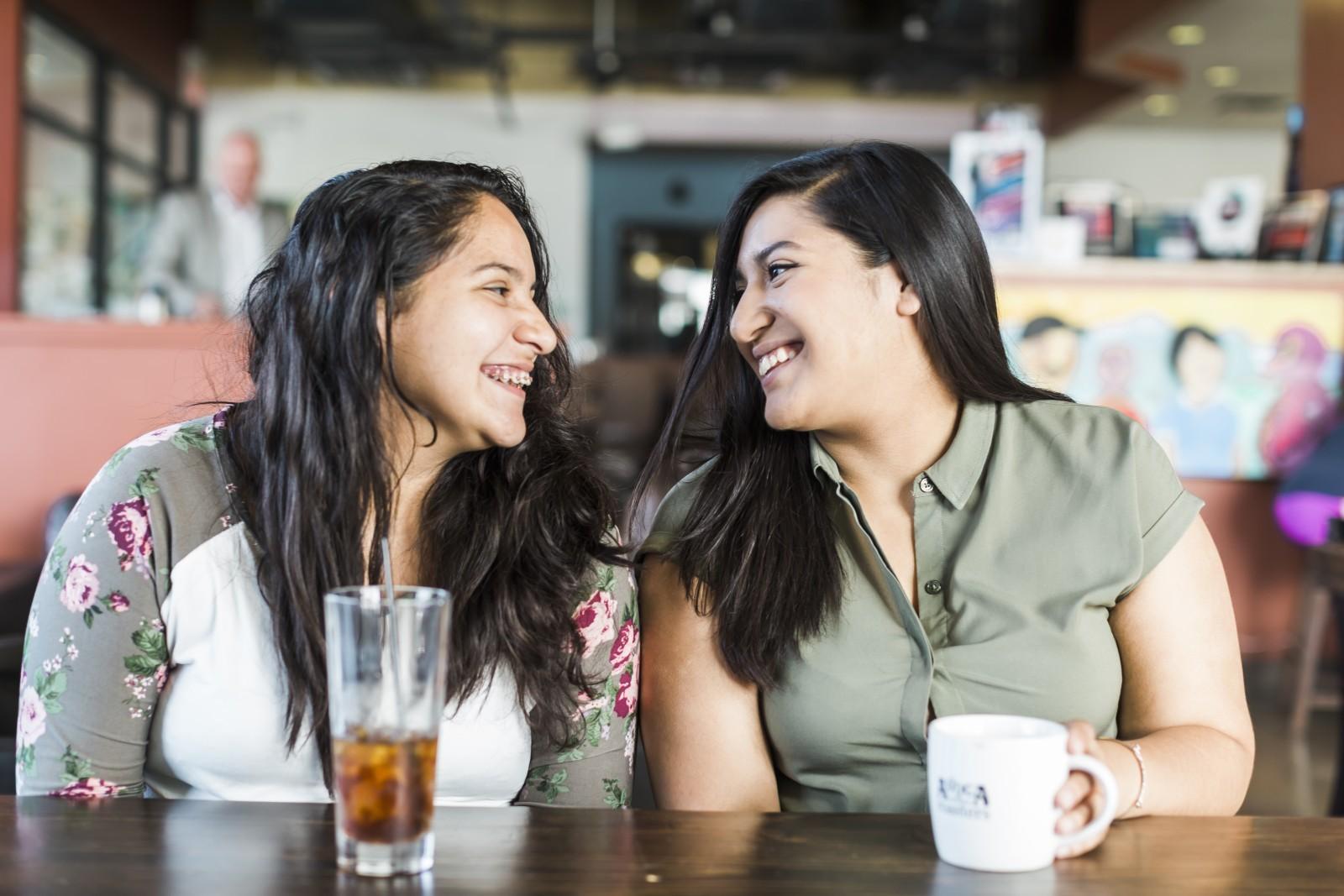 Olalde keeps Wesleyan in the family 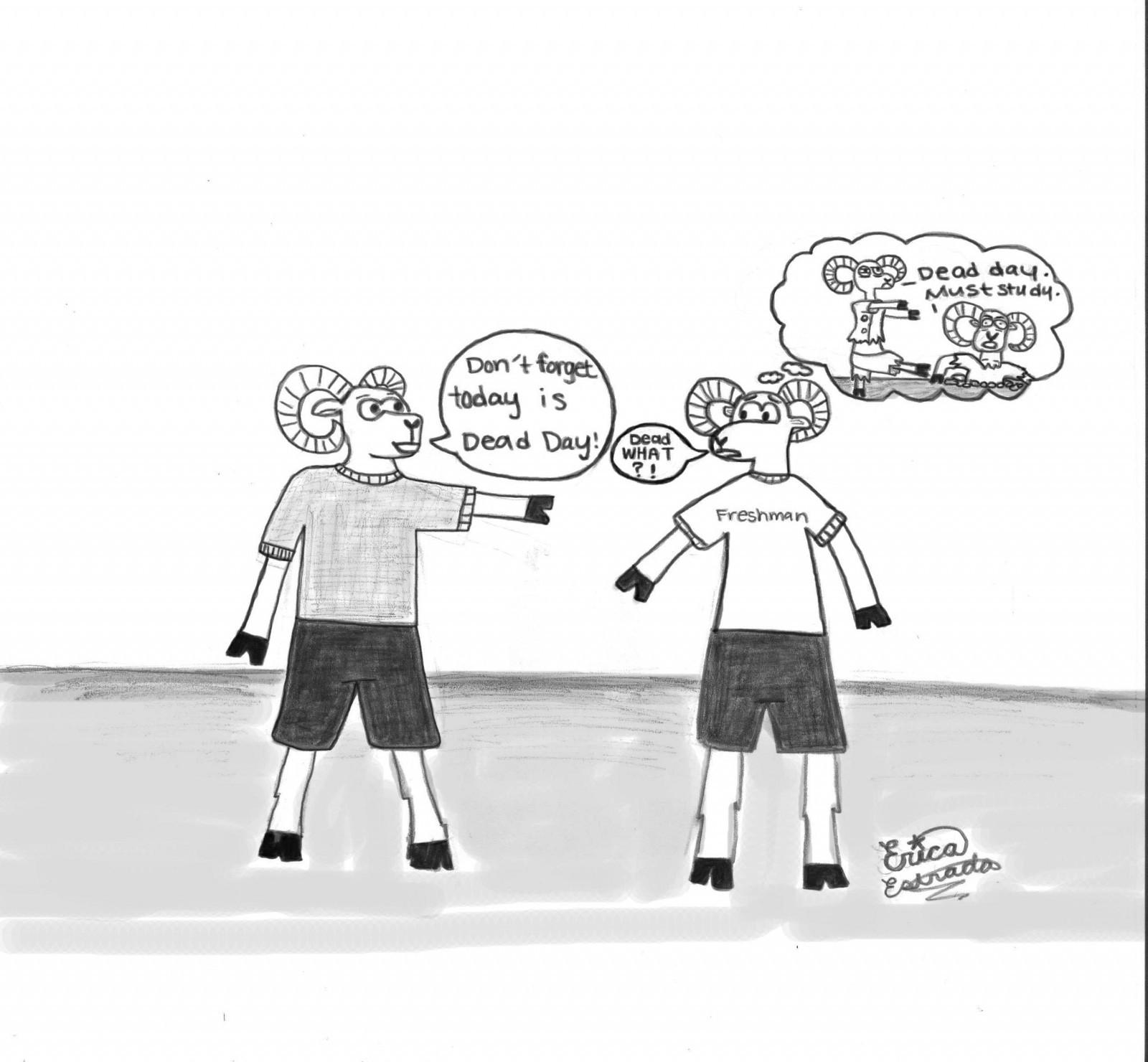 Getting through class is half the battle 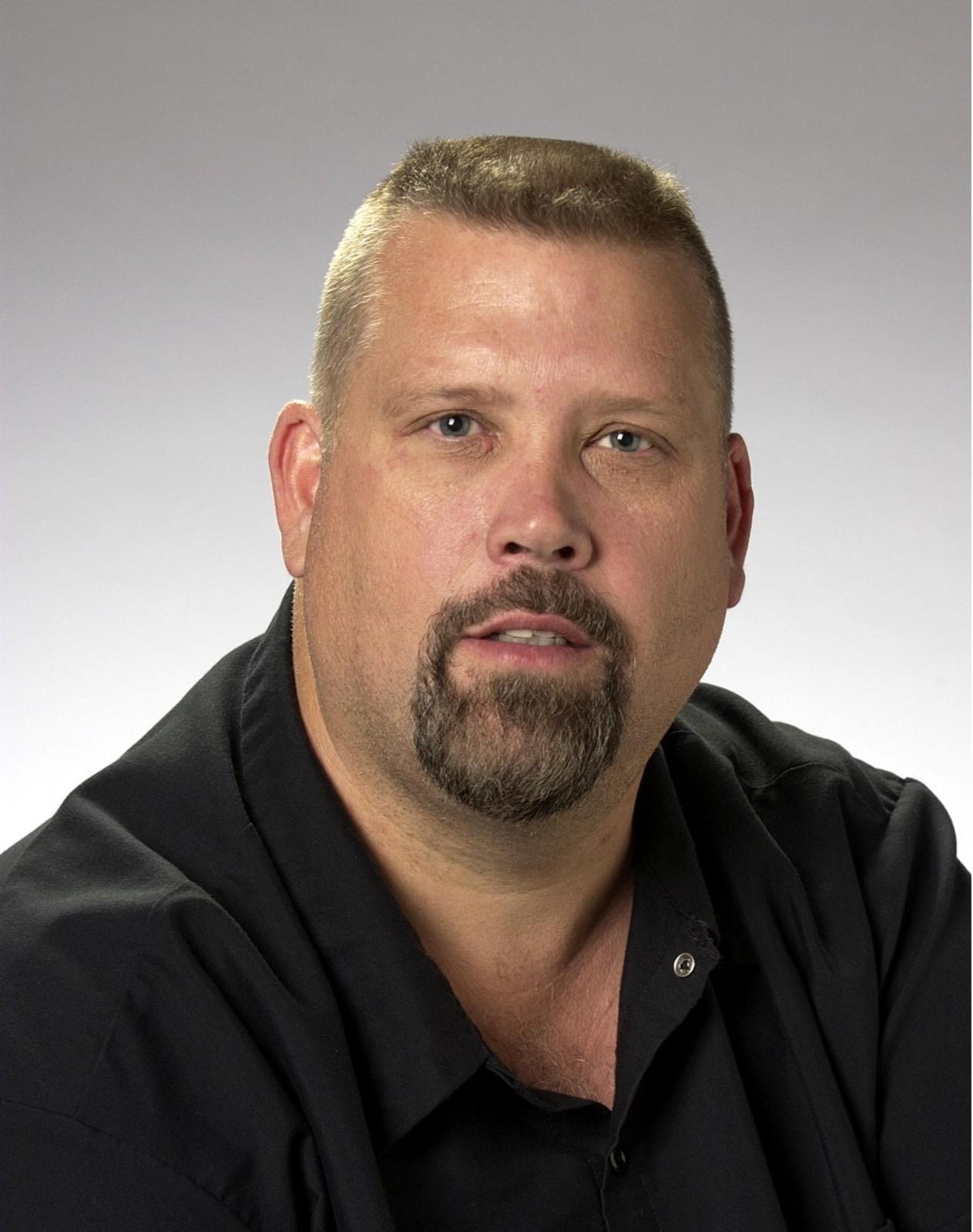 Rucker lives to ride and dive