Mother, director, MBA grad: Davis has it all 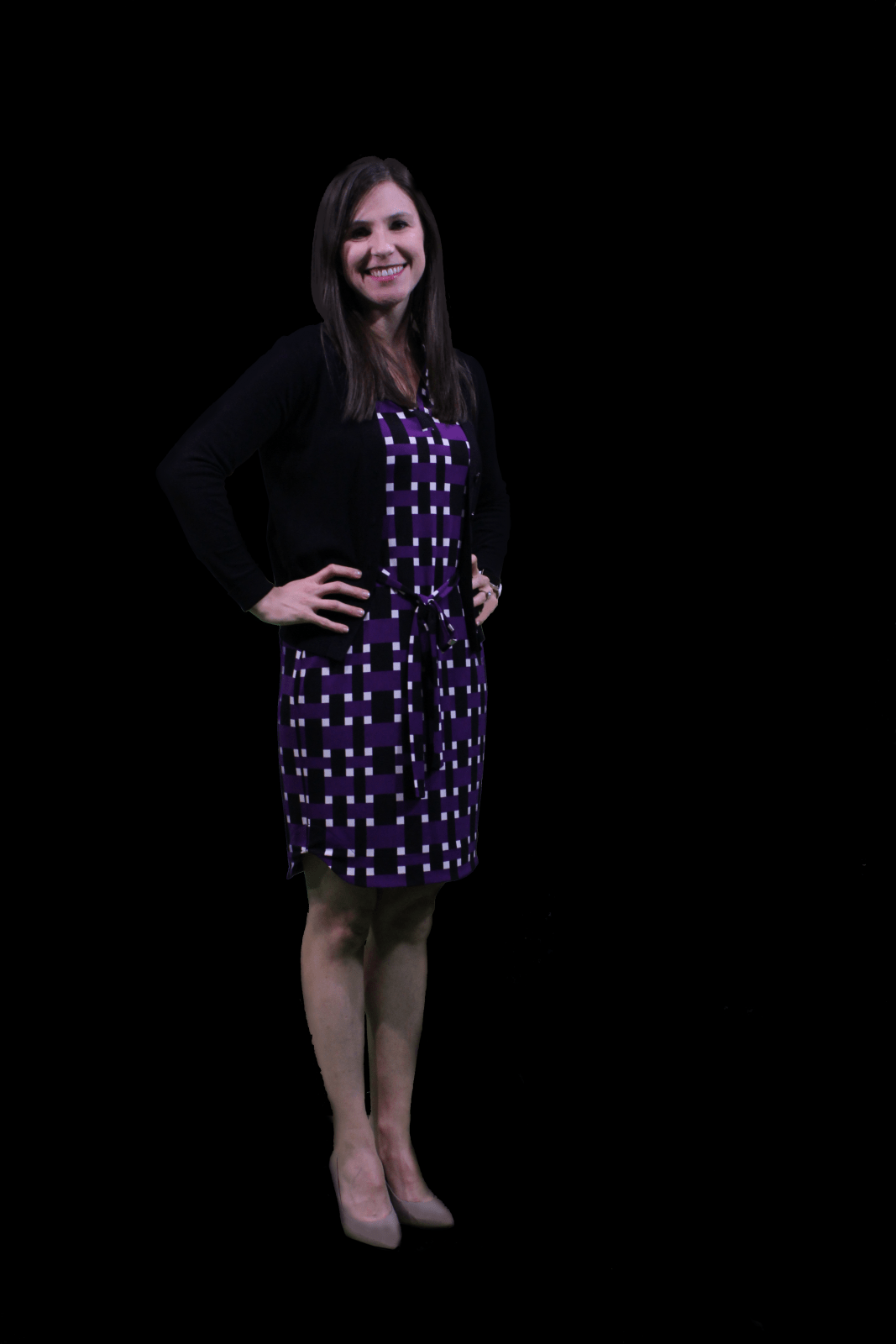 One can often catch Davis sitting at her desk promoting the Smaller. Smarter. experience and working on communication strategies for the university.

However, on May 18, Davis will leave her office to walk the graduating stage because she is receiving her master’s in general business.

“It has been a wonderful journey,” Davis said. Davis was born and raised in Fort Worth and graduated from the University of Arkansas Fayetteville in 2001 with her bachelor’s in communications. She has two daughters, Alice, 11, and Bess, 10.

She said she started working at Texas Wesleyan six years ago and it wasn’t until the school moved the MBA program online that she decided to go for it.

“Before that when I wouldn’t do it, I was a single mom and there was just no way I was going to be able to spend three hours each day physically in class in the evening,” Davis said. “This new format just opened the door for me because I can do it on my own time.”

Davis said that working on campus also pushed her interest in the classes being taught.

“Especially in my job I get to meet so many neat faculty members and I hear about what they are doing and what is going on in their class and I am just so fascinated by all of these different topics and things happening on campus,” she said.

Learning to be a student again was one of the hardest parts of going back to school, Davis said.

“When it all started, I was not actually sure if I would be able to graduate,” Davis said. “I just kept telling myself, ‘OK, you are going to be able to do this one class at a time and see how it goes,’ because I haven’t been a student since 2001.”

Davis said she treated her very first class like she does her work at Wesleyan, making sure to do everything exact and not cut any corners.

Managing being a mom and student while working a full-time job was not easy, Davis said.

“I usually get home at six and then from six to nine it is kids and dinner and homework and dogs and then nine to 11 to 12 is school work and then I am up again at six the next day,” she said. “On the weekends, I have to spend a big chunk of time doing homework and assignments, plus laundry, going to the grocery store, planning the week.”

Davis said after she graduates she looks forward to getting to relax again.

“It was already busy, and it will be nice to have some of that time back,” she said.

Davis might not only be celebrating a graduation this year. She said her fiancé Dereck proposed to her before Christmas.

“He tied the ring to the coffee cup and asked me to marry him,” she said.

The two moved in together last year, combining their families.

“We did the whole Brady Bunch thing and we have a blended family,” Davis said. “Kids and dogs and a hermit crab and the cat all under one roof.”

Davis said part of her reason for going back to school was so that she can inspire her kids and soon-to-be step-kids.

Ann Davis, Texas Wesleyan’s senior director of
communications, managed to finish her MBA while having a full-time job and two children.
Photo by LaTerra Wair 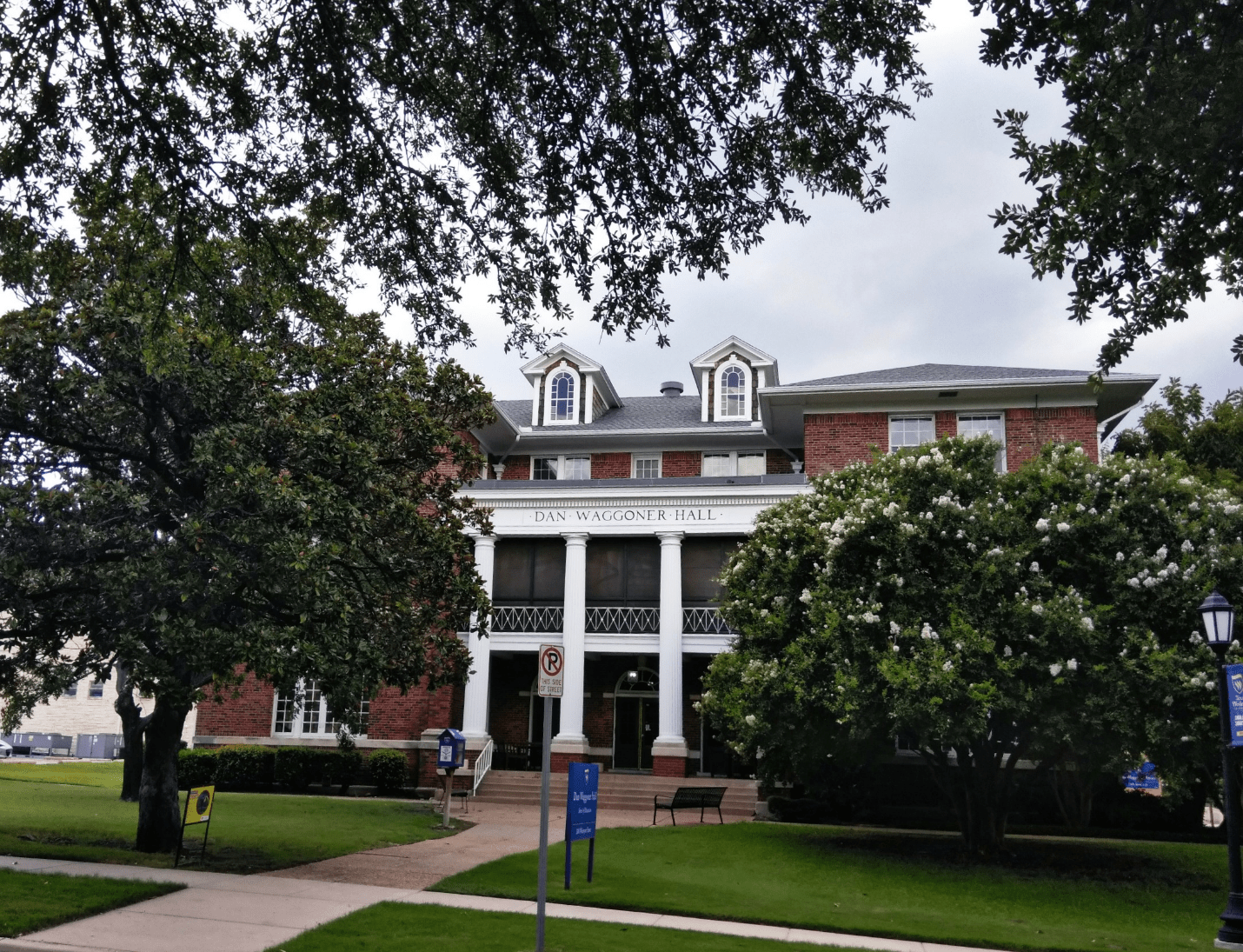 Students make easy transitions into the School of Education 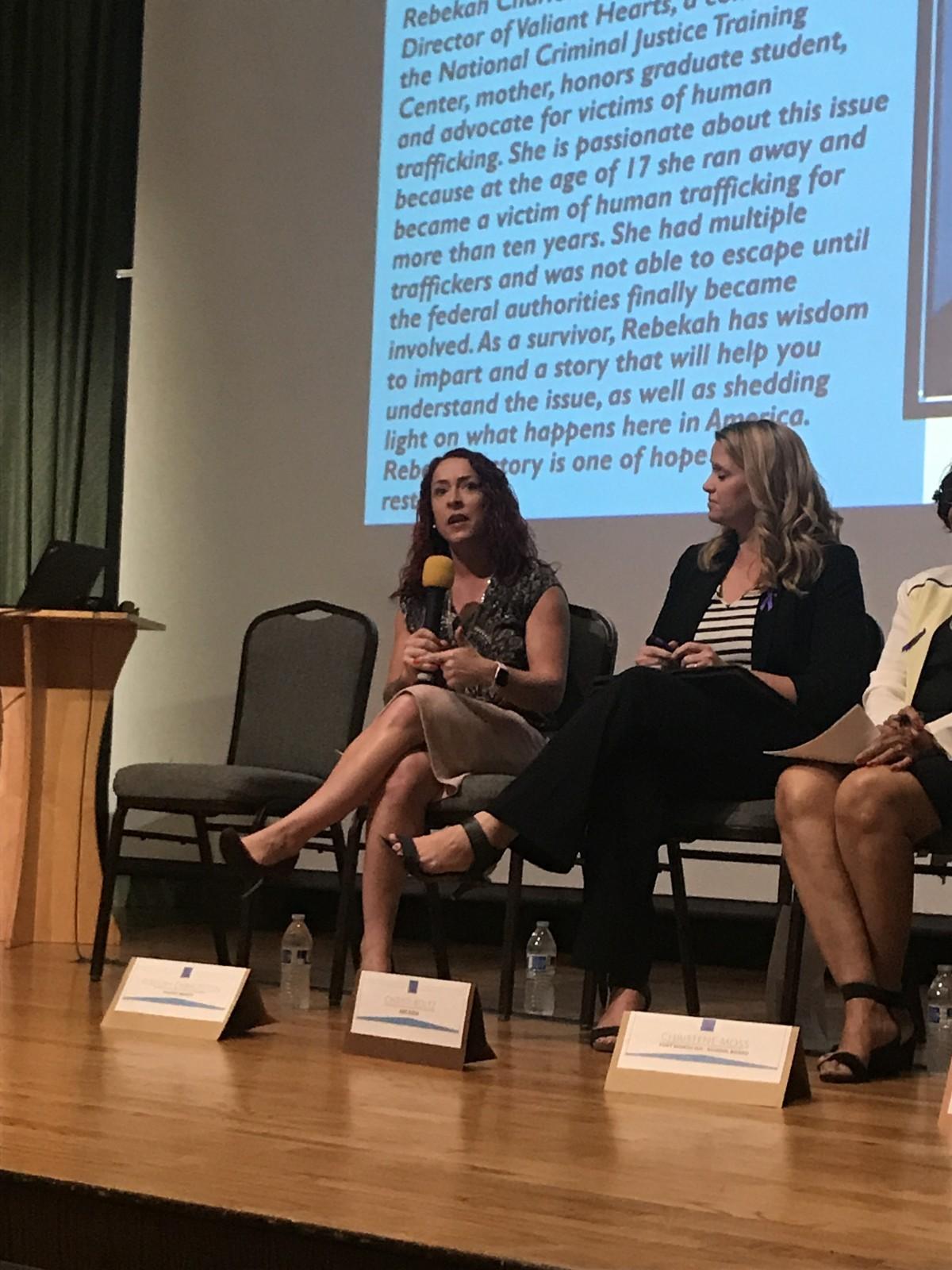 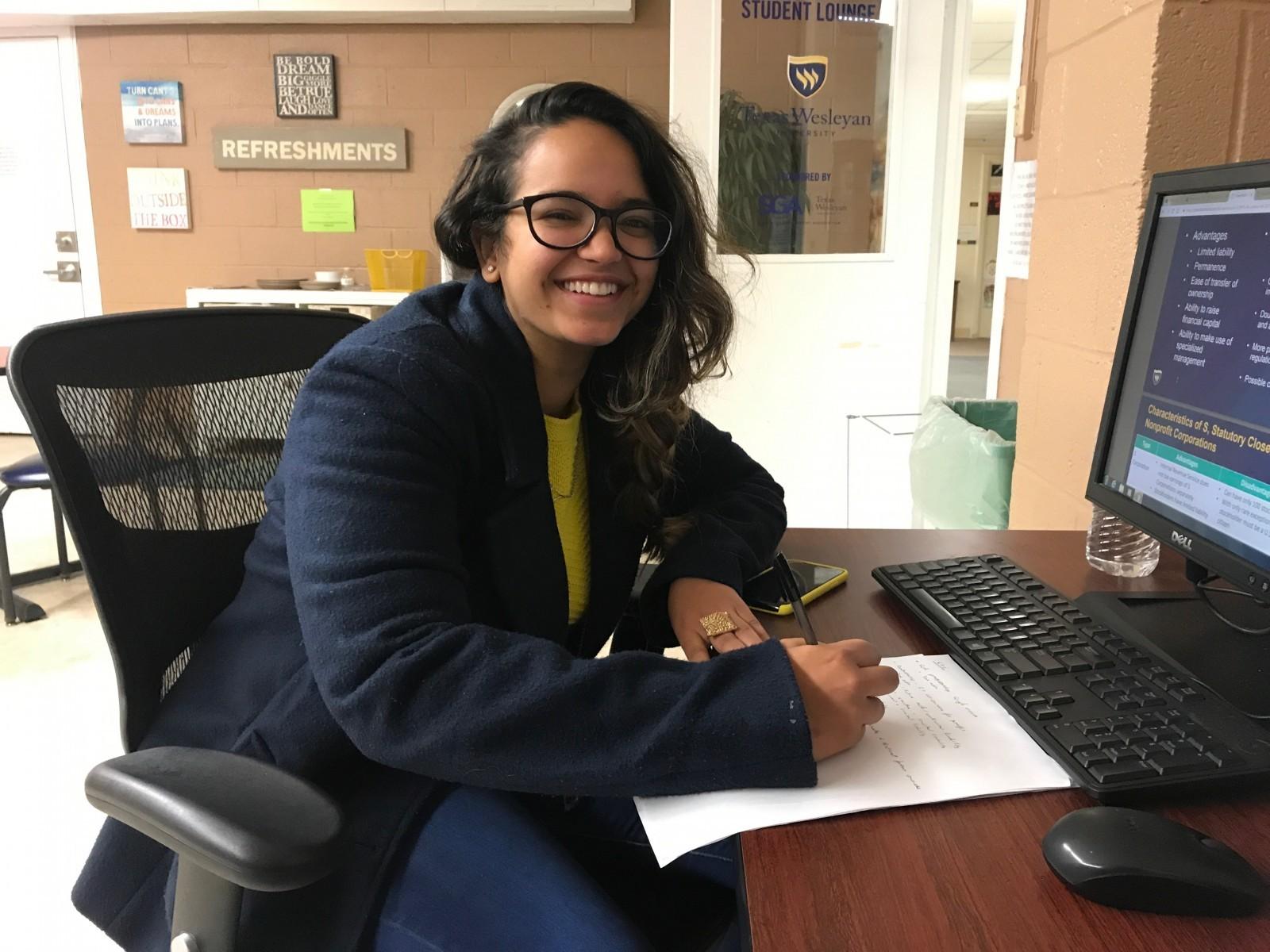