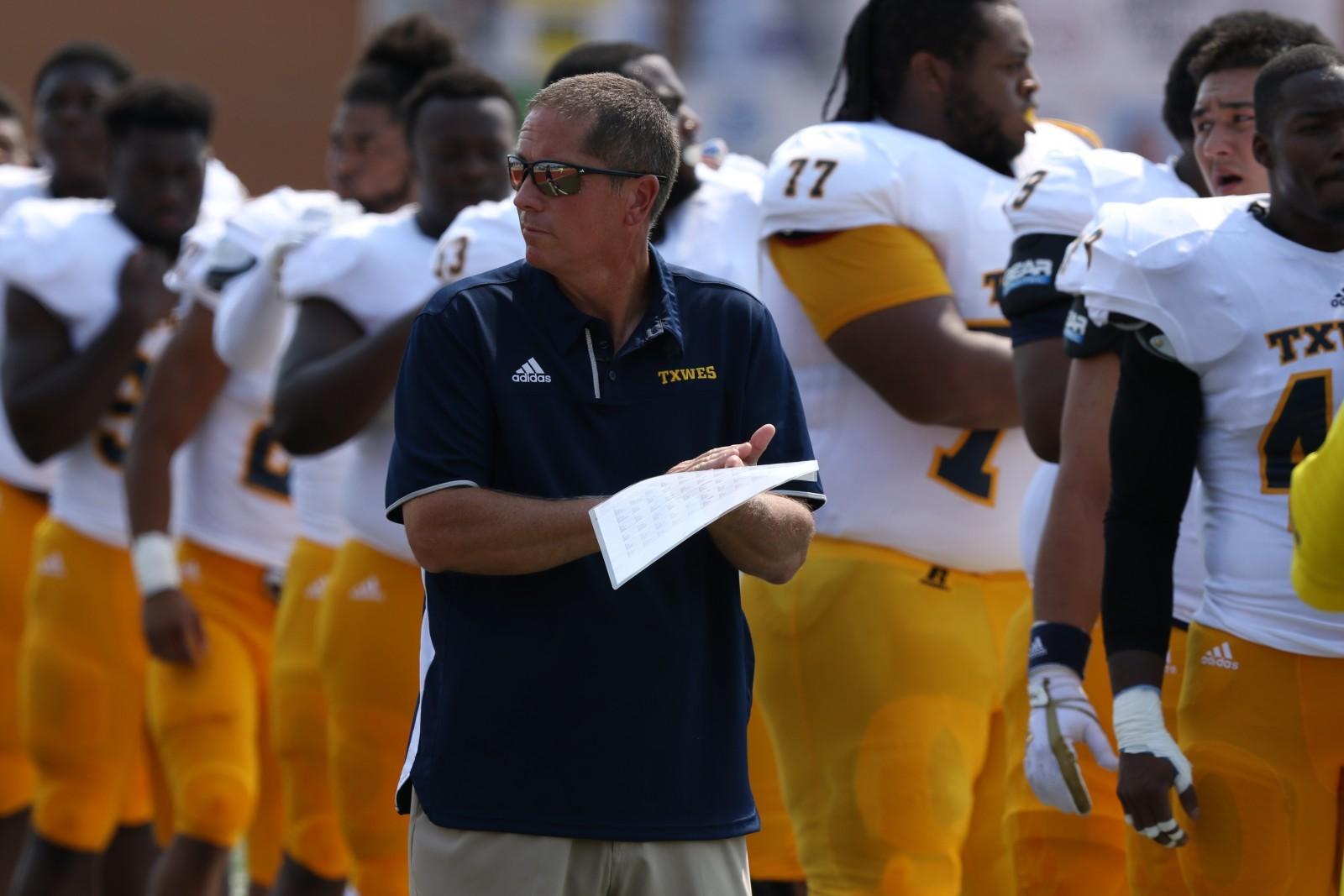 When asked if the Texas College game this Saturday could be the Rams’ first win of the season, head coach Joe Prud’homme said, “We are certainly approaching it that way.”

Both teams are 0-5 this season, and Texas College, located in Tyler, has suffered at least one crushing defeat, losing to Hardin-Simmons University 74-0 in early September. Last year the Steers were 0-8, according to centralstatesfootball.com.

So it looks, at least on paper, like the Rams are is poised to record their first victory since World War II.

“This will be the Rams’ first win, I promise. Everybody get ready,” said running back Brandon Reeves.

So how are they getting ready? Here’s how.

“We started the film breakdown of Texas College last week,” Prud’homme said, “and have been working on a game plan that will play to our strengths and take advantage of certain areas.”

The team has been using what they’ve seen in film to improve at situational decision making, Prud’homme said.

“We have been working on the finer details of the offense,” he said.

The Rams will have a few new plays this Saturday. The team has used what they’ve seen about Texas College to play to the Rams’ strengths and capitalize on the Steers’ weaknesses, Prud’homme said.

“We will be working on a very specific game plan that we feel will be successful,” he said.

If the  Rams stick to the game plan Prud’homme has prepared then the Rams can beat the Steers, running back Da’vonte Mitchell-Dixon said.

“Our main goals are to execute our plays, limit mistakes, and get this first W for Texas Wesleyan,” Mitchell-Dixon said.

The Rams have been trying to intensify their practices in order to translate that intensity to game day, Reeves said.

“We’ve been trying to get practices more hype in the mornings to have more of a spark throughout the periods,” Reeves said. “We’ve taken the physicality up a notch.”

The Steers are hungry for a win but so are the Rams, Mitchell-Dixon said.

“They’ve had close games all season with a lot of teams they faced so we have to be hungrier than them,” Mitchell-Dixon said.

Despite their record, Texas College is a good team with a lot of players, Reeves said.

“But with the preparing we’ve been doing in the weight room and on the field,” Reeves said, “I feel we’re going to bring a W back to campus Saturday as a team.”

The Steers have improved a lot since last year and they’re extremely athletic, Prud’homme said.

“They have lost their last two games in the final minutes,” he said. “So, they are very hungry.”

The Rams and Steers play Saturday at 7 p.m. in Tyler.

Head coach Joe Prud’homme stands on the sidelines during the Rams’ game against McPherson College in September.
Photo by Little Joe 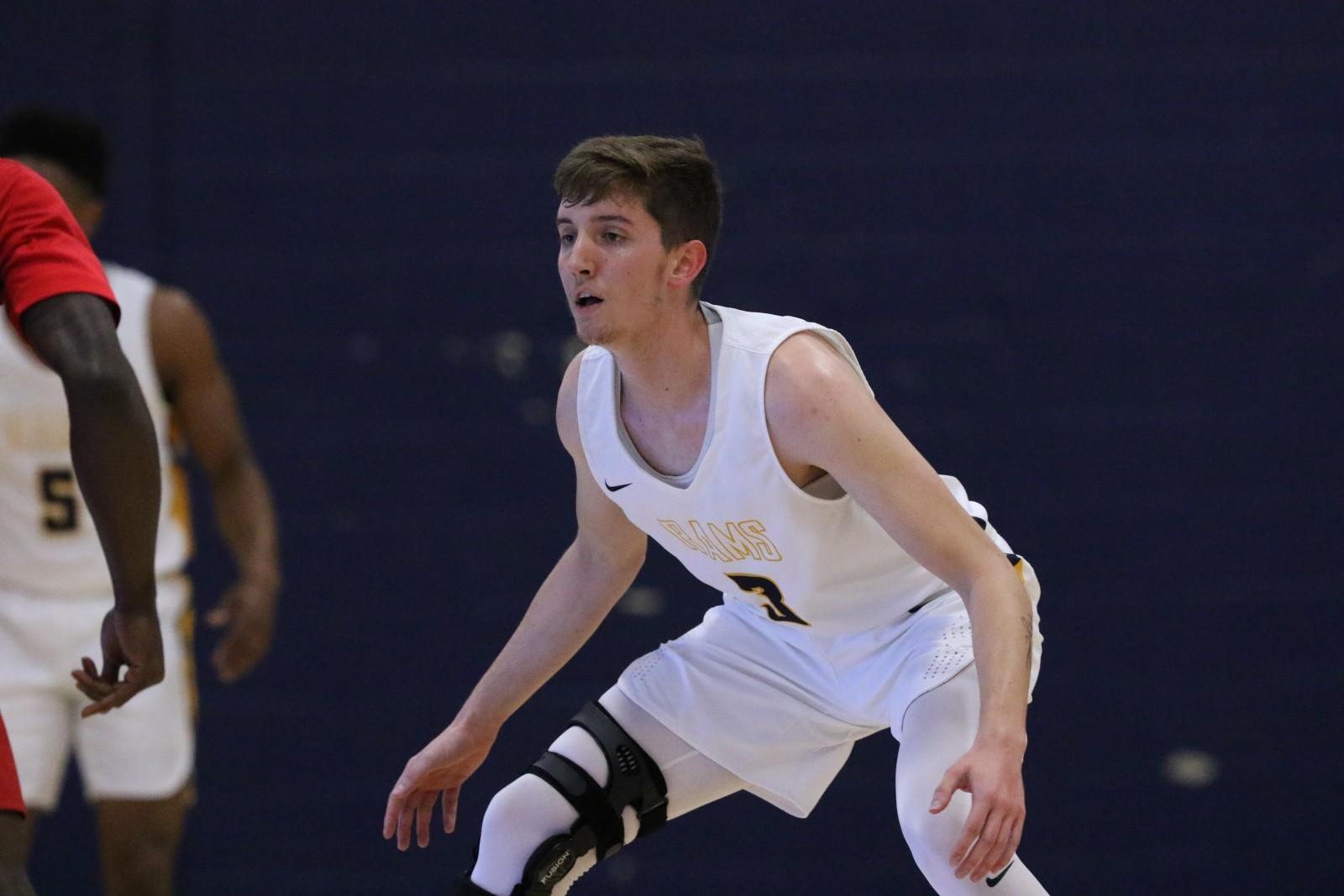 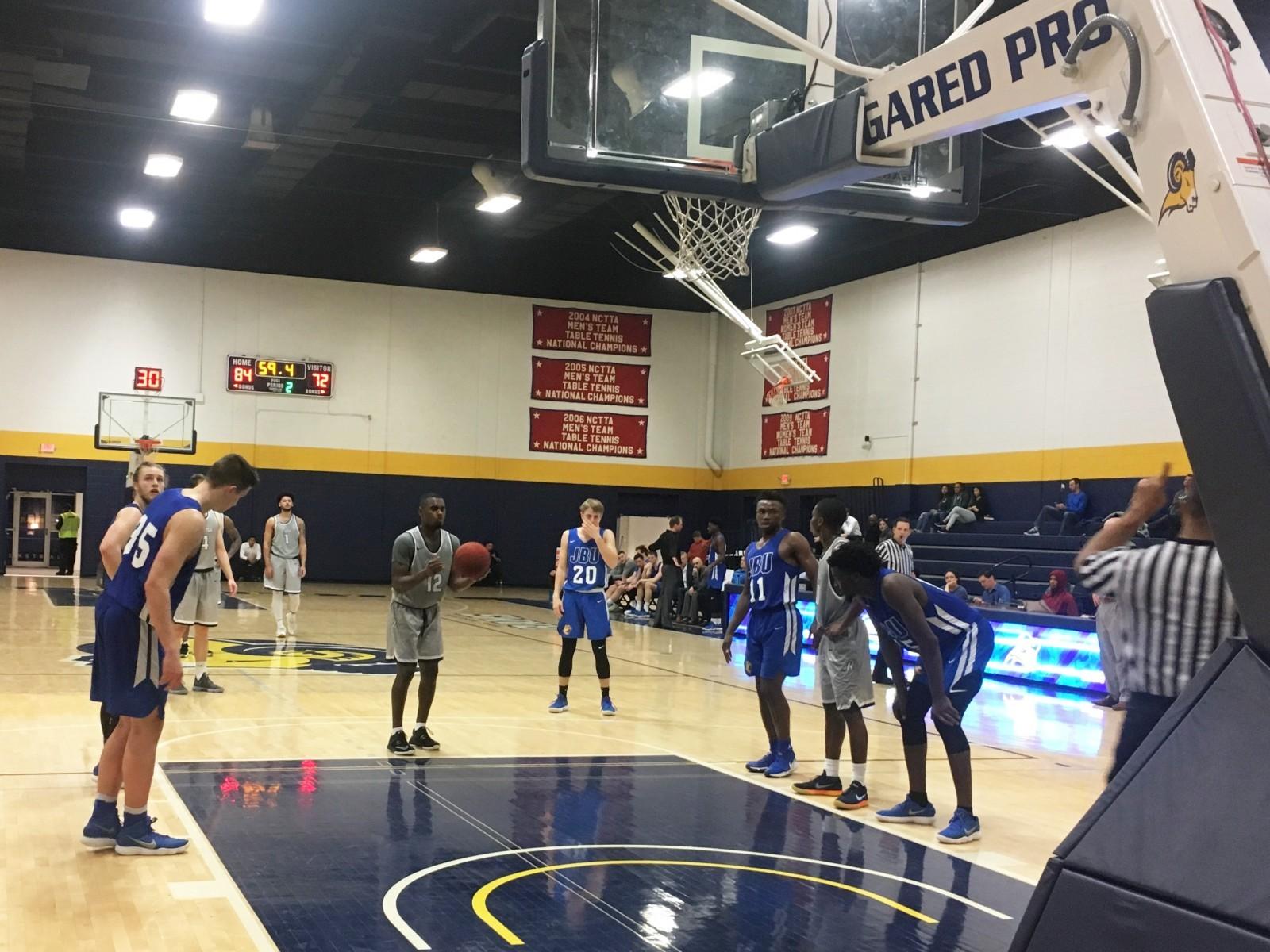 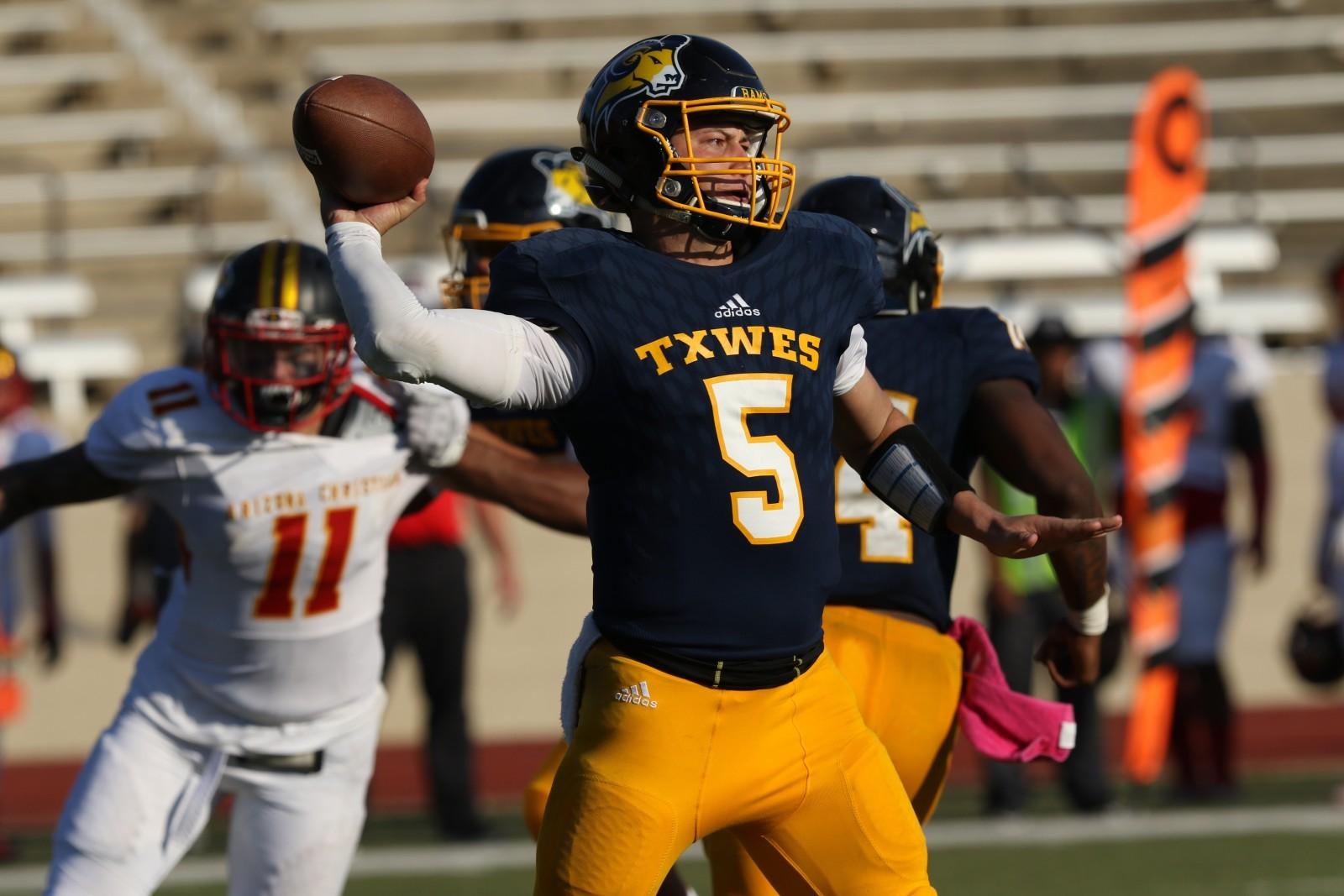