The hour-long presentation in the West Library focused on the destigmatization of women’s health, according to community outreach specialist Astrid Fuentes.

The protesters, led by junior political science major Nicholas Davis, set up a table in front of the library and also attended the AAYW meeting on the library’s second floor. They held up signs and asked Fuentes and Planned Parenthood bi-lingual community health educator Marenid Planell Camacho questions.

“Myself alongside my other YCT members wanted to protest the Planned Parenthood event for one simple reason, we believe that we should be fighting and standing up for the hundreds of thousands of innocent babies that are killed every single year by Planned Parenthood,” Davis wrote in an email.

AAYW Vice President Alyssa Hutchinson said during the meeting that the organization would not interact with the protesters, but that they were welcome to be there.

“I’m glad that they came and they were able to sit inside and listen to the whole conversation,” Hutchinson said of the protesters after the meeting. “Abortion is such a small sliver of the conversation.”

Fuentes said destigmatization of conversations about sexual health between patients and doctors is necessary because people need sex education and clinical services.

The YCT members sat in the back of the room holding up signs during the presentation. One read “Murder Is Not Health Care – I’m With Her” with an arrow pointing at a drawing of a female fetus in the womb. Another read “Abortion Is Not Planning Parenthood It’s Ending It.”

Near the end of the Planned Parenthood presentation, YCT social media coordinator Matthew Breedlove asked about a Department of Justice report that, he said, found that Planned Parenthood sells body parts. Fuentes responded in part by saying the claim was based on “manufactured” videos.

Then, Davis asked why there is such a big gap between the adoption and abortion rates at Planned Parenthood.

“Ultimately, at the end of the day, we are not here to tell a woman or a person who is having a child — because not everyone who is having a child might identify as a woman — we’re not here to tell them what to do with their pregnancy,” Fuentes said. “We’re just really letting you know in that consultation these are options. It wouldn’t be our place to try to make those numbers go one way or the other.” 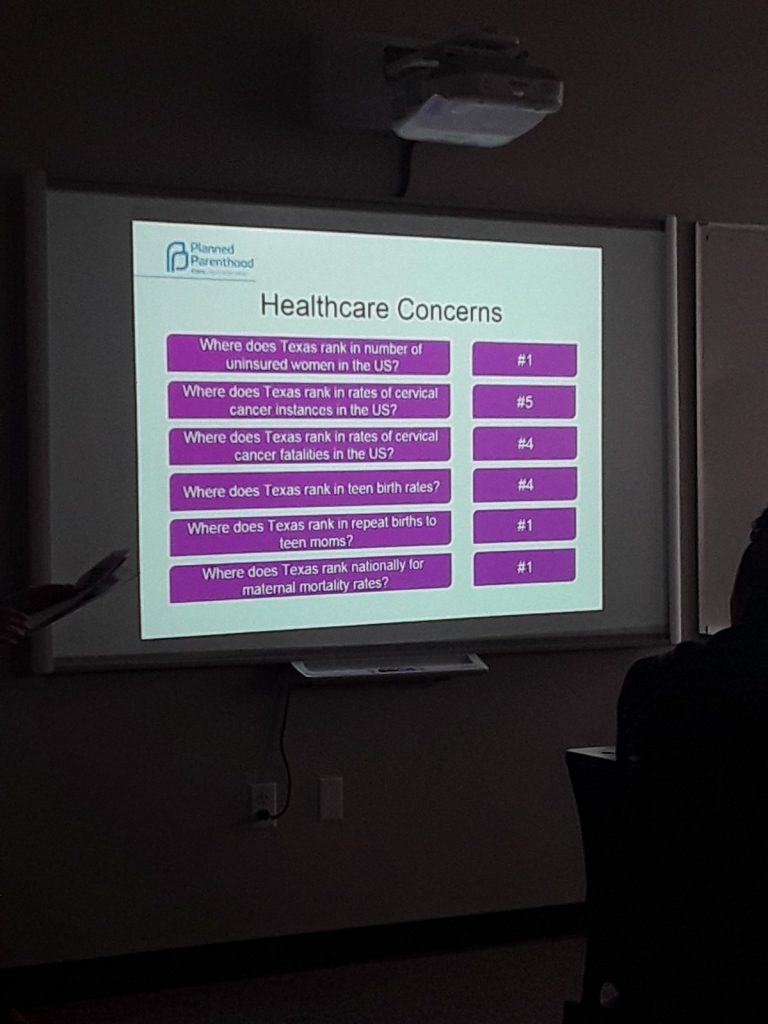 Young conservatives protest during the meeting.
Photo by Elizabeth Lloyd 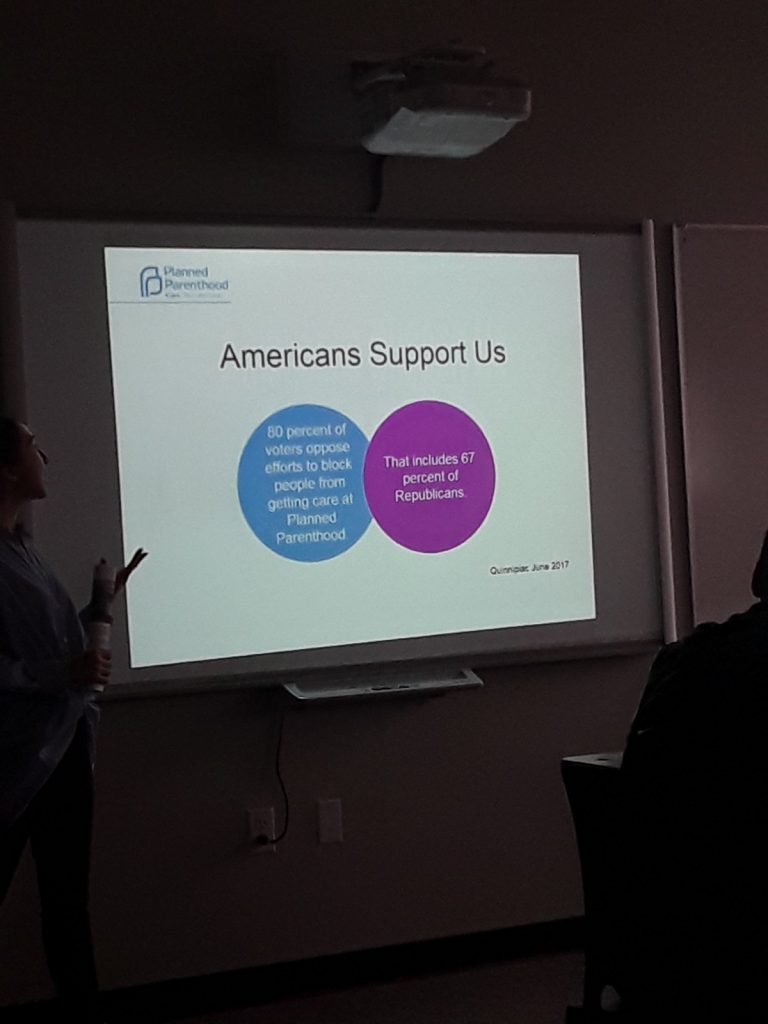 I hope the protestors learned something.